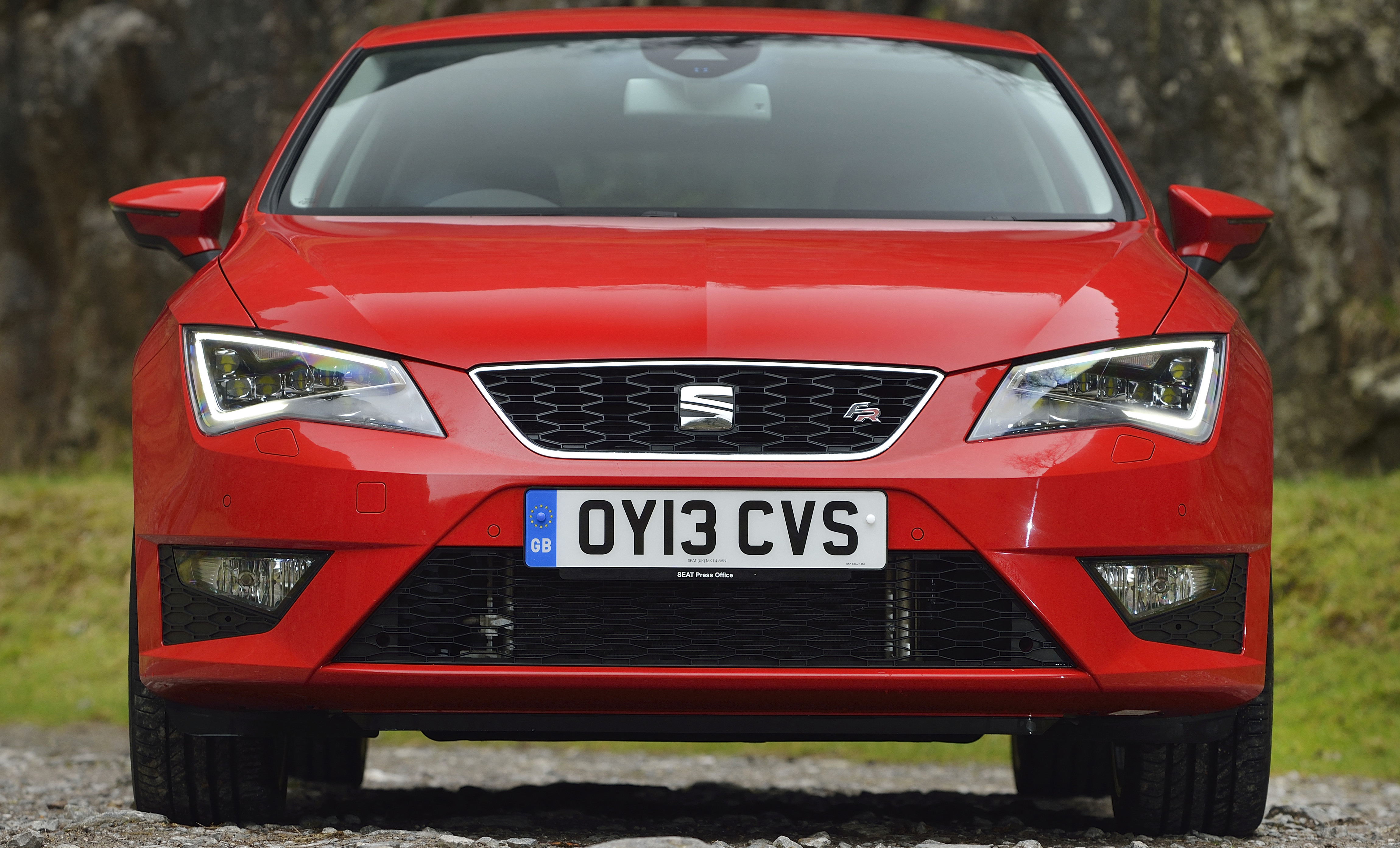 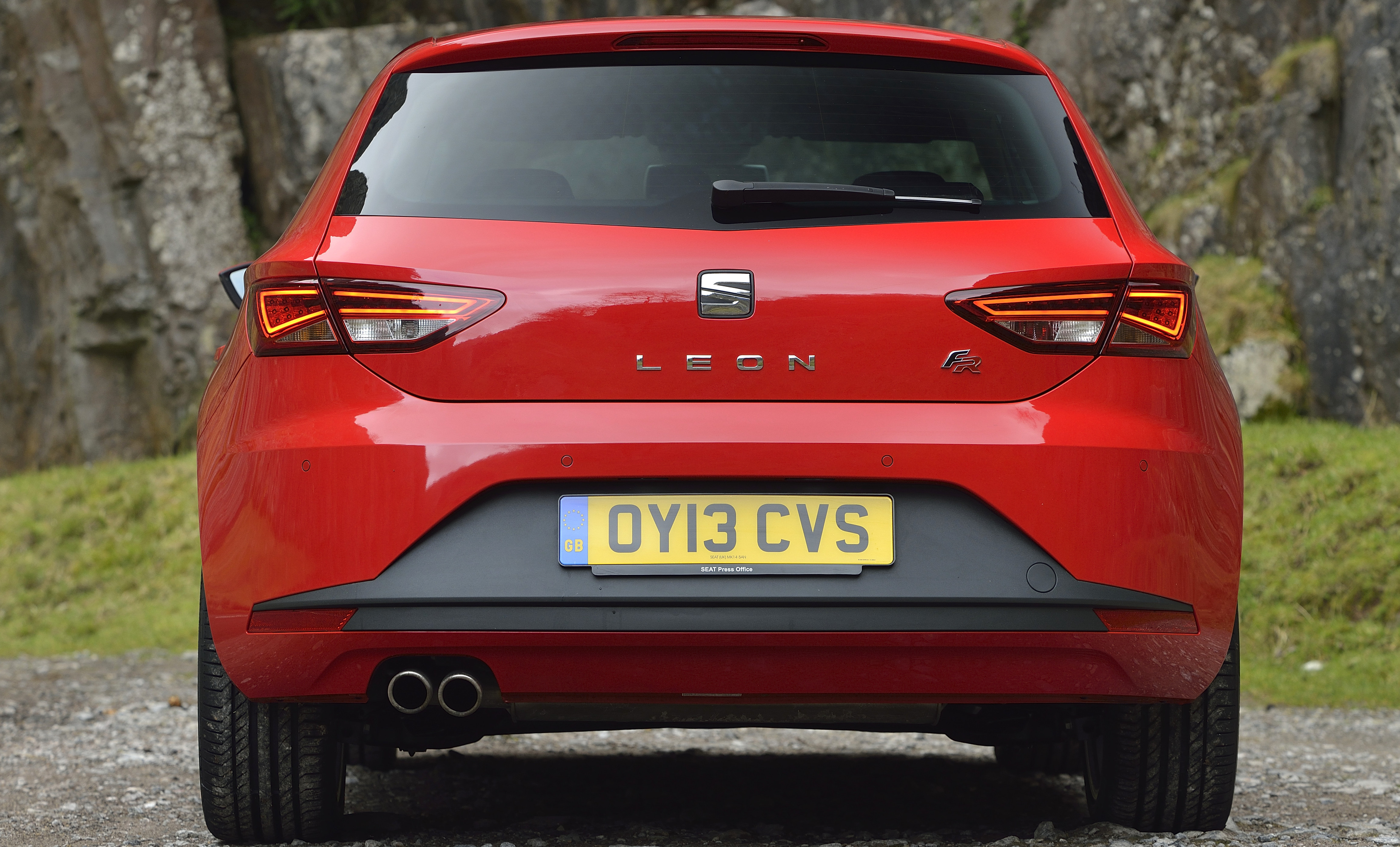 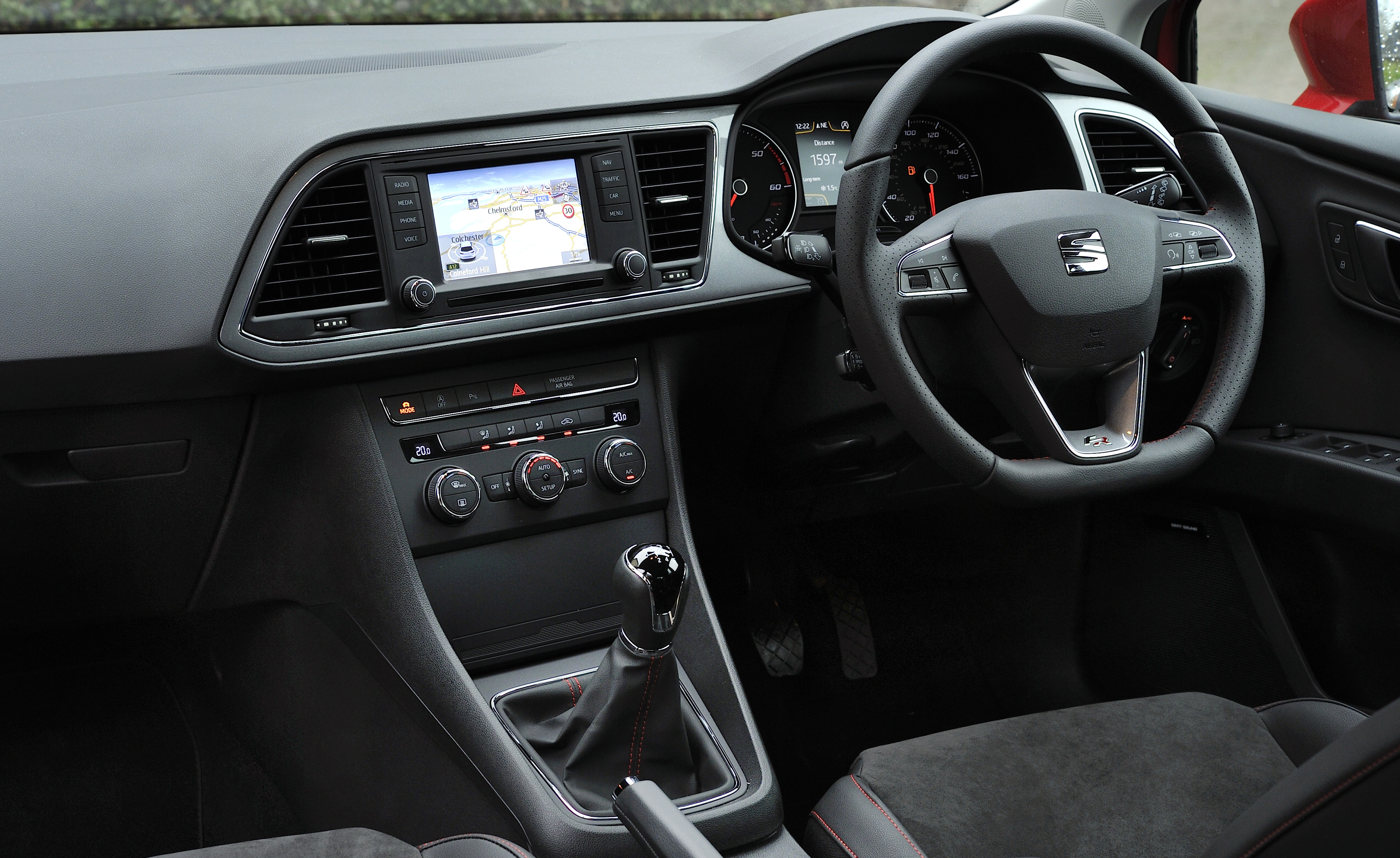 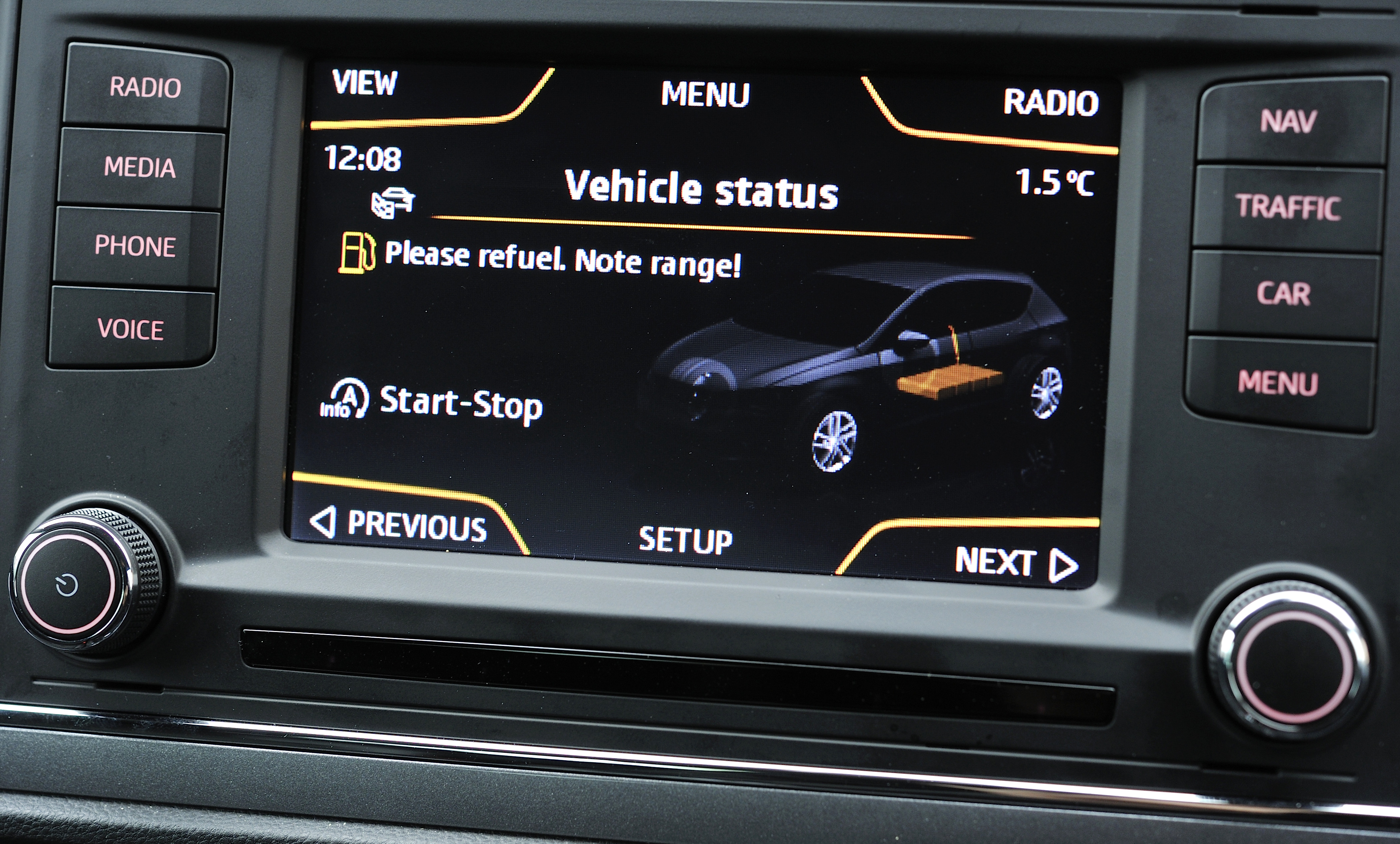 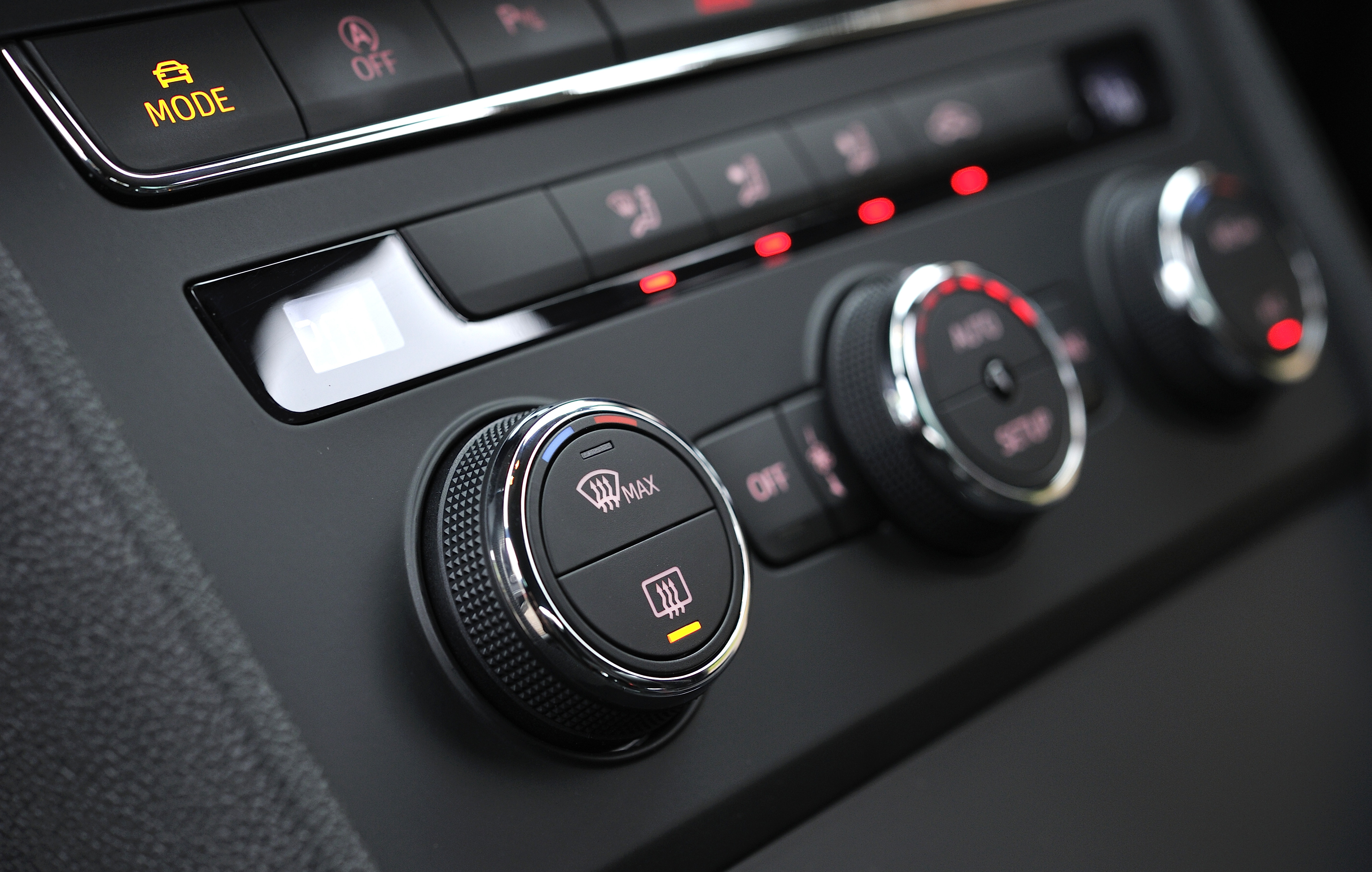 SEAT’s new Leon created a very favourable impression when it was rolled out earlier this year.

And while they say you never get a second chance to make a first impression, in this case we thought we’d make an exception and give the Spanish newcomer a bit more than just a gentle amble round the Cotswolds.

So we set the sat nav for Barcelona (it’s actually a tiny hamlet on the B3359 near Polperro, so no passport needed), loaded up the generous boot and headed for the south west.

And that initial first impression was enhanced by a couple of things that had gone unnoticed when we ran the rule over the car on the UK launch. Little things maybe, but things that make a car just that touch more user friendly and which shows the attention to detail Fernando and his friends are putting into current SEAT cars.

The first is the easy to use central touch screen which brings the necessary buttons at each corner into view as your finger nears the screen. They’re not visible otherwise, so you get a full view of the map or whatever you have on display.

And the most useful touch for me is that the screen reminds you to take your mobile phone with you when you switch off to leave the car – very handy as we’ve all been guilty of that in the past, usually remembering when you’re in a lift on the way to the 89th floor and fervently hoping some ne’er-do-well in a hoodie hasn’t spotted it on the way past to the dole office and given you a bit of extra thru flow ventilation as he nicks it.

Leon certainly showcases a new level in quality for SEAT interiors. Soft touch plastics, an exemplary fit and finish and good visibility thanks to thinner A pillars than the norm make the drivers seat a nice place to be. There might not be an excessive range of adjustment but there’s no doubting they’re comfortable.  The fact we arrived after six hours at our destination not feeling like we’d spent that long sitting in the Leon says it all. The wheelbase is actually shorter than the outgoing model, but there’s more space and extra luggage capacity.

Pushing the wheels further out to the corners on the new Leon has boosted the stability – which wasn’t bad in any event – and makes the handling just that bit sharper too.

But while the steering is spot on when you’re negotiating a twisty cross country road, there’s occasionally a vagueness at the dead ahead position that I’ll admit I didn’t notice on the press launch a couple of months ago. It’s a bit unnerving at first as for a split second no steering feel is transmitted back to you but then it returns to your immense gratitude and that of your laundry bill.

I’m a big fan of the VW group’s responsive 1.6 TDI engine for the way it performs in the real world. Average for the 105ps unit on the way down to Cornwall was 52.5mpg after a big swathe of motorway cruising. On the return trip it had risen to 56.3 – not bad after a fraction short of 900 miles of very varied motoring.

The cabin is well thought out with plenty of storage space, including a handy hideaway bin under the seat.

SE spec as lived with here had the helpful Hill Hold control, a necessity in coastal holiday traffic, but a quick check of the trim levels – S, SE and FR – shows all Leon’s are pretty well kitted up, including stop-start, again a vital tool to have when the tourists grind to a halt.

Would I buy one?  I could be tempted, because it’s got the best looks in its segment and scores well on quality, value and driving dynamics. Picking up the Auto Express Car of the Year award is an added bonus for this accomplished hatchback.