ALL roads lead to Silverstone this weekend but you’ll have to be as quick as the competitors – advanced tickets for the three day Classic must be bought by Thursday July 25.

And final plans to celebrate the remarkable racing achievements of double world champion Jim Clark at this summer’s Silverstone Classic (July 26-28) have been confirmed.

The two historic Formula One races for grand prix cars dating back to the early 60s era are being dedicated to Clark as well as a very special commemorative dinner.

Set in the dramatic Silverstone Wing building, the inaugural BRDC Silverstone Classic Dinner will be held on Friday, almost exactly 50 years after Clark won the British Grand Prix at Silverstone on July 20, 1963 en route to his first World Championship crown. 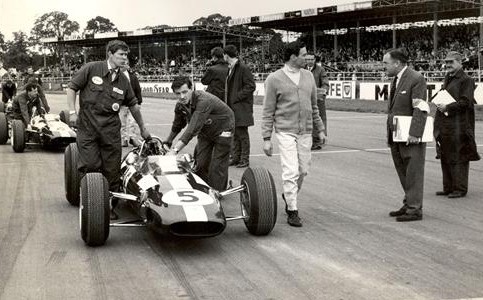 Open to members of the British Racing Drivers’ Club and Silverstone Classic competitors, the evening will include special tributes to the Scotsman – still widely hailed to be Britain’s greatest ever Grand Prix driver.

Adding to the special golden anniversary celebration, the Jim Clark Trust will be displaying around 20 of the glittering trophies currently on show at the Jim Clark Room – the museum located in Clark’s home town of Duns, Berwickshire.

Famous cars once raced by Clark won’t just be on static display. The entry list for the two hugely evocative Jim Clark Trophy for Pre-1966 Rear Engined Grand Prix Cars showdowns organised by the Historic Grand Prix Cars Association (HGPCA) is headed by a number of the Lotuses in which the talented Scot scored so many of his stirring victories.

“Jim Clark was without doubt one of the greatest racing drivers of all time and a hero to all of us mere mortals. He wore the BRDC Badge with pride and was a notable member of the Club and a true Silverstone hero – that’s why we are so pleased and privileged to be honouring his incredible career,” said Derek Warwick, President of the British Racing Drivers’ Club.

“The superb Classic presents us with the perfect opportunity to pay tribute to past champions and the inaugural BRDC Silverstone Classic Dinner is clearly going to be a very, very special evening.”

Tickets for the exclusive BRDC Silverstone Classic Dinner in the Silverstone Wing are priced at £99 (including VAT) and available from the official website: SilverstoneClassic.com/BRDCdinner. All those attending will receive a special pin badge presented by the Jim Clark Trust.

General admittance tickets to the Classic must be purchased in advance by Thursday July 25. Full details can be found on the official www.silverstoneclassic.com website.