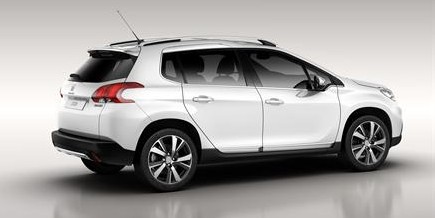 PEUGEOT’S best selling 208 has been putting on a bit of weight of late so it can mix it with the bigger boys in the car park.

Enter, in the bleu corner, the 2008 Crossover – the little brother of the already popular 3008 of the same ilk.

Aimed fair and square at the urban user – though its raised ground clearance could well see it pressed into use in more challenging environments – the 2008 has all the outward appearance of a crossover without the ensuing bulk of the current crop.

And from the world of comfortable cars then yes, the 2008 is all that, with a very smartly finished interior that brings a certain touch of luxury to the £15,000 price bracket (The Active 1.4 HDi 70 version tested here is £15,195 on the road). 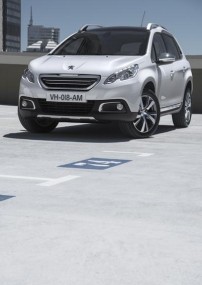 Its profile fits in well in the urban landscape. It’s got the capacity to fit all the kids in on the way to school, but its footprint on the road is significantly less than its larger counterparts. And it is a lot more economical to run into the bargain.

The 1.4 litre diesel here is OK round town, but turns into a bit of a wheezy boy after a cross country run if you try to coax too much in the way of performance out of it. There are other more powerful engines to pick from in the range.

You’ll be aware of the tyre noise feeding back to you as well, but in lower speed ‘urban’ use it shouldn’t present a problem.

What else will you notice? Well, the seats, while very comfortable, leave you with the sensation of sitting on them rather than in them, a feeling accentuated when you corner and you feel the body begin to roll to one side. The ride quality errs on the spongey side, more noticeable on an undulating road, but in everyday use it’s better than having too firm a set-up.

I  am a firm fan of the interior in general – the chunky aviation-style handbrake is a neat touch, and the instruments sitting high on the dash and above the top edge of the steering wheel rim give unimpaired vision.

But you can’t say that of the C pillar, which is almost as wide as James Corden’s waistline. The view over your left shoulder at a staggered junction is, in effect, no view at all, as you can’t see a thing.

And some may find the gear lever to be less precise than they might prefer. It doesn’t fall into the category of stirring a bowl of watery soup with a wooden spoon, and there’s never any question of missing a gear, but there’s just a woollyness that could leave you unconvinced.

What they’ve come up with is a car with scaled down looks, a top quality interior with a classy look where head, leg and shoulder room is good for all occupants,  and the space and adaptability that more and more family motorists are seeking.

ACTIVE comes with DAB radio, a big multifunction touchscreen, Bluetooth and 16 inch alloys, over and above the decently specced entry ACCESS+ model.