OH dear. Oh dear oh dear. Looking for a decent crossover? Then your task just got a whole lot more difficult with the introduction of the Suzuki SX4 S-Cross.

Contrary to popular perception, they don’t just make motor bikes, and are now taking on the daddy of all crossover vehicles, Nissan’s Qashqai, with a vehicle that looks rather similar.

But the big difference here is that while the Suzuki drives like a car and is on first impressions an equal to the best selling Nissan, it undercuts it on price by some £1,500 – or nearly 10 per cent if you prefer.

That’s a big saving on anyone’s bottom line, and should boost Suzuki’s sales of the soft roader in the UK, its biggest market in Europe.

The Milton Keynes based importer has seen sales grow 33 per cent this year, and aims to introduce an all-new model to its range each year for the foreseeable future. 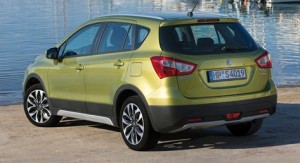 Quite frankly I can’t remember the last Qashqai I drove being as on the ball as this one, though the four wheel drive – or ALLGRIP as Suzuki choose to call it – certainly helps with that feeling of grippiness.

Sampled on the launch were the 120ps 1.6 litre 1586cc petrol with CVT transmission, which I will not admit to being a fan of (CVT, that is), and the 1598cc 120ps diesel with a proper gearbox and significantly more in the torque bucket – 320Nm as against the petrol’s 156.

The CVT with its trademark ‘revving the nuts off’ soundtrack kept the petrol engine car honest, but the diesel was the one that impressed the most.

Suzuki have done as good a job on the chassis as they have with the engines, because the ride quality is surprisingly good – as car like as they had claimed earlier in the day.

Handling, comfort and its overall behaviour on the road earn high marks, and the interior is neat and uncluttered, black the predominant colour with the edges of panels picked out with silver trim to brighten things up. It’s neat, and it’s workmanlike.

The boot is 20 litres bigger than the benchmark Qashqai, and it has class leading low levels of Co2 from its 1.6 litre petrol and diesel engines.

Undeniably roomy, and with all the necessary safety features, although its EuroNCAP rating has still to be confirmed, prices start at £14,499 for the SZ3 variant, with the £16,249 SZ4 model expected to account for some 40 per cent of sales.

There are four well fitted out trim grades – SZ3, SZ4, SZ-T and SZ5, the top of the range model fitted with the world’s first sliding panoramic sunroof. 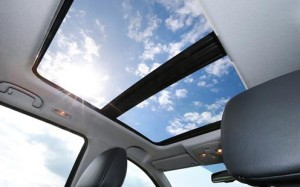 Opt for the ALLGRIP model and the simple to use system comes with four driver selectable modes – auto, sport, snow and lock.

And service intervals have been eked out to 12,500 miles for both petrol and diesel to help lower the cost of ownership. Oh, and the CO2 figures are the lowest in the segment.