HOLIDAY trippers will be more used to the name Dacia than car buyers in the UK – but that’s a situation that is changing by the day.

We hired a Dacia Logan earlier this year on a jaunt to Tenerife and despite the fact that in true rental car trim it had almost bald tyres and a dent or scrape on every panel, it did its job well conveying us round the island’s holiday hotspots.

But that Logan was the biggest car they could offer us at the time. And the Stepway – the pumped up version of the James May extolled Sandero – doesn’t step up to the plate on that score. 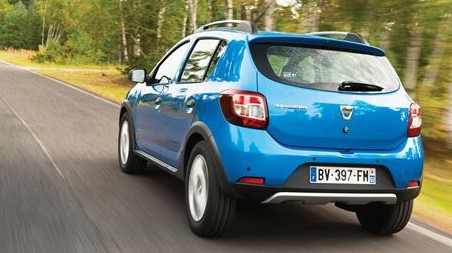 But it does have the looks from the outside of a car with a reasonable amount of interior space – until you open the door and discover that’s not quite the case. Legroom for any driver with long legs is not that good and with the seats fully back it’s not too clever for anyone behind either.

Pity really, because from the outside it looks a tidy vehicle, and with a price tag of £10,795 is pretty good value in today’s crowded marketplace.

But in all honesty it’s not too difficult to see where they’ve saved the money. Some of the plastics used wouldn’t be out of place in an eastern European tractor cab, and the roof rails have almost as much plastic as they do metal in their composition. Like they were crafted for something else and then adapted. And the STEPWAY lettering on the doors cheapens it beyond belief.

The suspension is a bit crashy and thumpy, even on our roads, and if you find a bad potholed one you might consider parking up and continuing on foot. And the gearbox is really clunky – it works well enough, true, but there’s nothing too subtle about the way it slips between the ratios.

It’s easy to be picky, especially when you open the hatch to discover a sill that has no protective covering at all – just bare painted metal. And the hatch opening mechanism is on full view. It looks as basic as an entry into a playschool construction competition I judged many years ago, and is a candidate for an early breakage. 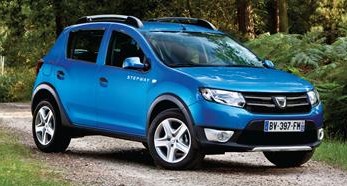 But let’s look at it from another other point of view. You get what you pay for in this life, and the Stepway comes in at under £11,000 in Laureate trim and it’s not as skimpingly basic as you might think.

If you can do without some of those bits then the standard Stepway in Ambiance trim costs a mere £7995.

Its trump card is under the bonnet, in the shape of Renault’s highly efficient 1461cc Euro 5 compliant diesel engine – a unit that develops a lusty 220Nm of pulling power and a claimed 70.6mpg combined figure, making up for some of its other deficiencies.

Weighing it all up, it’s maybe a bit hyper-critical to put it down, because it provides yet another acceptable alternative to the family on a budget and Dacia should really be commended for that.

At the end of the day I honestly can’t dislike it, and commend it to anyone looking for a smart car at smart money. 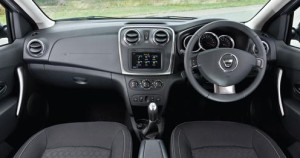