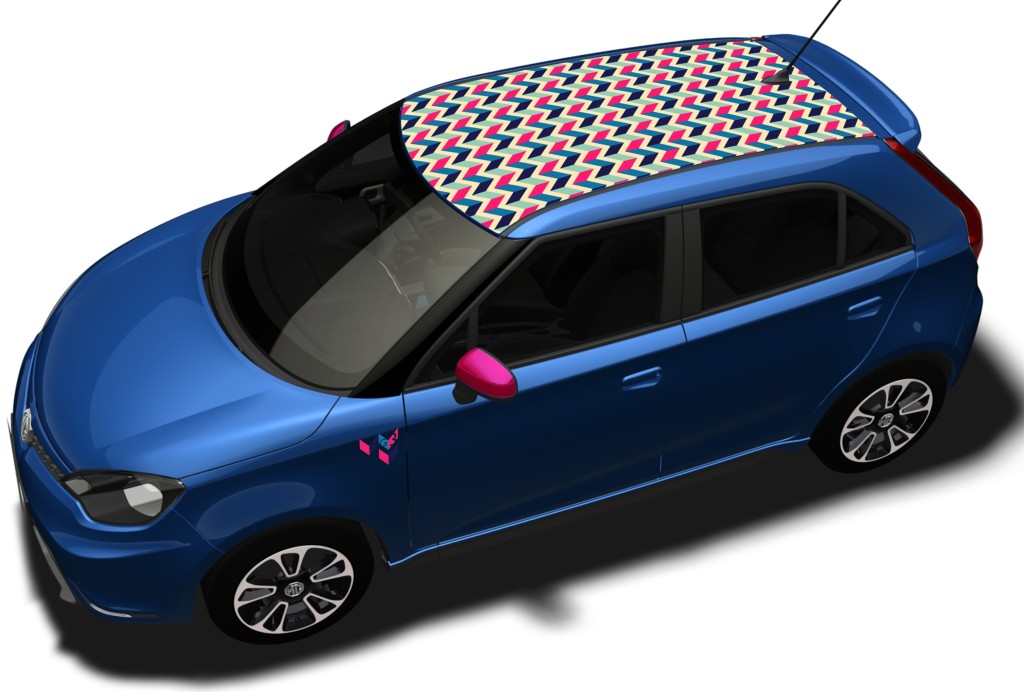 THERE are some things you just don’t do.

Like visiting the Vatican city with your shoulders disrespectfully uncovered; asking for tomato sauce in one of Gordon Ramsay’s gourmet eating establishments; and ticking the option box for a roof like this on your new car.

To say it catches the eye would be an understatement. Finger pointing and the occasional toot of a horn prove it gets noticed, but for the right reasons?

MG pride themselves on the plethora of personalisation that buyers can opt for with their neat little hatchback. There’s the wild, the wacky, the outrageous but what you need to be careful of is not making what is basically a very tidy little car a laughing stock.

But really, what should be number one on the options list is an engine that does it justice, because not a lot can mask the fact that what lurks under the bonnet is about as wheezy as a chubby lad at the end of a school cross country run.

Sparkling performance wasn’t factored in as part of the package which is a shame, because if you’re going to trade on the MG name and woo the punters then you need a bit more than a fancy coat with not a lot to offer underneath. You have to work it hard to get anything approaching the impetus that the looks hint at.

I will now blow myself out of the water and tell you that MG sales in the first five months of the year are double what they managed in 2013 so they’re obviously appealing to quite a few of you.

SMMT figures say MG is the fastest growing automotive brand in the UK, which is good news for the brummies at Longbridge who slap them together, and their Chinese owners.

MG has a long history, founded back in 1924 but bought up by the Chinese when the British owned MG-Rover went bust in 2005. The MG reputation was initially built on the offer of an affordable people’s sports car, but that’s not really what we’ve got here.

What it is is a decent little runabout that’s got a refreshing smart look, is comfortable to drive around town but which proves very firm and fiddly on anything other than a smooth surface. Her indoors summed it up quite nicely – a good first car, well priced and which looks the part but won’t get you into trouble because it’s lacking in oomph. The cheque’s in the post, dear….

It benefits from an ultra low 4E insurance group, strong residuals of up to a claimed 43 per cent, decent interior and boot space, and high levels of equipment on all versions as standard. Cruise control, electronic air conditioning, remote centre locking, LED daytime running lights, Bluetooth phone integration, reverse parking sensors, smart alloys and an iPod compatible radio with MP3 all feature, and there’s a roll top hidey hole in the top of the dash where you can stash your phone/iPod/MP3 player.

The interior is neatly finished though some of the buttons prove to be a bit fiddly in use.
As already mentioned, there are over one million personalisation options and value for money aftercare packages to choose from. The wacky roof option on our test car cost £199, the part leather trim £500, and there are a lot more to choose from.