SCRATCH your head and rub your eyes in disbelief but yes, you can still buy a decent sized brand new estate car for less than £7,000.

Dacia’s Logan MCV might appear like a throwback to motoring 1970s style, but if your budget can only run to the cost of a decent second hand car, why not take the plunge and consider something new that comes with plenty of space for the family, decent economy and an industry standard three year warranty.

If seven grand is your ceiling figure for a brand new car then your expectations are not going to be unrealistically high, but having said that the Dacia is no disappointment on wheels. 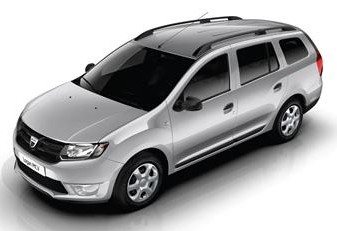 Yes, it has its limitations, but this is no frills motoring for the driver on a tight budget.
In its shiny white paintwork, it might have looked like a fridge-freezer with windscreen wipers but for all it hasn’t got in its standard specification (no adjustable steering column, no rear headrests, no luggage area cover, no electric windows or door mirrors) it doesn’t detract from what it does – get you from A to B in reasonable comfort and reasonable economically too.

Not having centre locking wasn’t a problem when I started driving in the last century, and it’s probably not a pre-requisite of car ownership in Romania where the Dacia hails from. But it is something we take for granted these days, so you have to be strict with yourself to make sure all the doors are locked individually.

Yes, you can see the hinges that hold the bonnet in place which is a touch primitive these days, but then they go upmarket by adding a neat kick plate to the door sills. Curious logic.

Ride is a little firm, and you’ll have to work the 75hp 1.2 litre engine to get the best out of it. And while the clutch has a heavier feel to it than many, the Dacia is an otherwise OK car to drive around in. 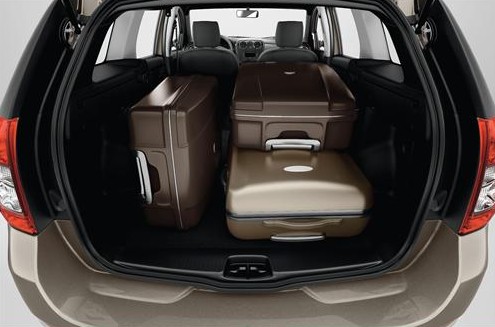 Logan MCV (Maximum Capacity Vehicle) makes responding to the differing demands of life that little bit easier. Whether it’s a new piece of furniture or your family and their luggage, its generous load capacity will give you plenty of options.

With a 573 litre boot which expands to 1,518 litres with the rear seats folded down, transporting large and awkward items is a doddle. A 60/40 split-folding rear seat and a forward-folding front passenger seat also make for maximum flexibility when driving with rear passengers or transporting longer items.

Holiday trippers will be well used to the name Dacia. We hired a Logan last year on a jaunt to Tenerife and despite the fact that in true rental car trim it had almost bald tyres and a dent or scrape on every panel, it did its job well conveying us round the island’s holiday hotspots. That was a seven seat version, and like our test mule here, did what it said on the tin. 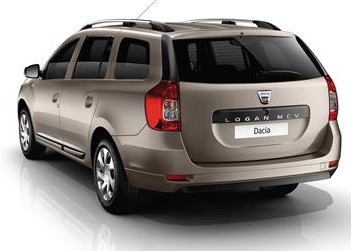 There are of course options you can add. A fully-integrated touchscreen MediaNav navigation system for £300, or luxurious leather upholstery for £600? There are three simple trim levels, and you can also extend the warranty up to 7 years / 100,000 miles. And it still wouldn’t cost you a whole lot more than its bargain basement price tag.