ALMOST invincible on the F1 tracks of the world at this moment in time, Mercedes-Benz are attempting to make it ‘Deutschland Uber Alles’ in the showrooms too.

So much so that the latest epithet attached to one of their cars is ‘the best of an S Class for the price of a C Class.’ That’s the beauty – and the attraction – of the latest addition to the range.

The newest and shiniest C is being hailed as right in there with the best equipped in its class. 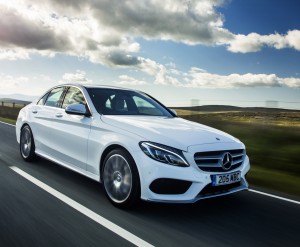 Every one that rolls off the production line bristles with kit, down to a neat intuitive touch pad that looks very like a computer mouse and which controls the entertainment functions via the centrally mounted seven inch colour screen. A screen that sits in the middle of the dash and looks like it’s a late add on to the spec list and has been fitted in the only space left. Call me picky if you like, but I’m looking for something to criticise here and that’s about all I can come up with on this £34,000 machine in its C220 BlueTEC guise.

Currently There are two engine choices – C200 petrol and C220 diesel – together with a pick of six speed manual or seven speed automatic gearboxes, and three trim levels – SE, Sport and AMG Line. Other engine choices, including a C300 BlueTEC hybrid, are due later in the year.

The four cylinder diesel will waft you along serenely at a steady gait, its 170hp serving up 400Nm of torque for swift and efficient overtaking. Well, on paper anyway, as the roads around Weybridge in Surrey weren’t conducive to swift motoring during our all too brief first sample of the car.

So, not much chance to try out the Agility Select system – there’s a rocker switch that lets you choose between Comfort, Eco, Sport, Sport + and individual modes, all of which effect the way the car behaves. Eco obviously sets it up to be as efficient as possible to the point that it reduces power to the heated seats and the air con to fully focus on economy. 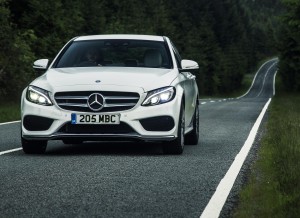 Sport, on the other hand, sharpens up the throttle response and if you’ve got AIRMATIC fitted, it beefs up the suspension too.

Stop start kicks in at every available opportunity on this model, adding to its Eco attributes, and its combined fuel consumption figure is recorded at 65.7mpg – an impressive figure for a ‘mover’.

But I did get plenty time to soak up the interior ambiance. Beautifully finished, touches of piano black and brushed aluminium and buttons neatly integrated into the dash give the cabin the sense it was designed by someone who cared what the end product would look like….. 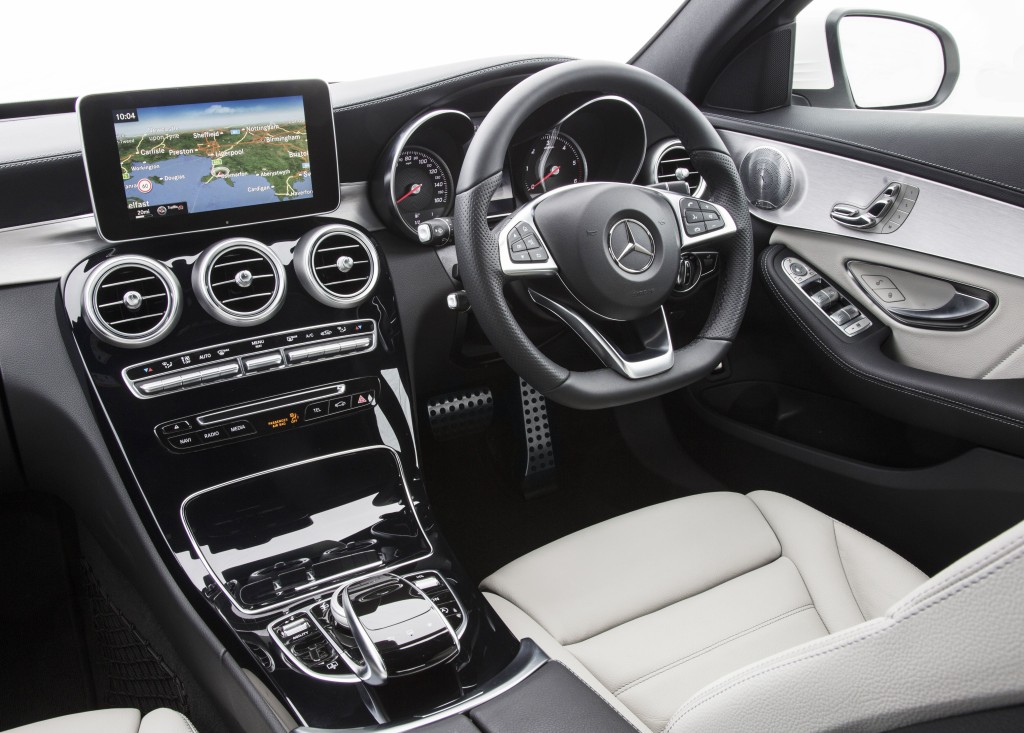 Merc lovers will know that an AMG badge on the order book brings with it even more visual styling, in this case 18 inch AMG wheels, AMG body styling and some sporty suspension.

Loads of options you can spend your hard earned on too. Premium Pack on the Sport and AMG line costs £1595 and adds a panoramic glass sunroof, electric memory front seats, ambient lighting, keyless go, hand free access to the boot and powered boot closing to your spec list.

The head up display (£825) I particularly liked, as it gives you all manner of information without having to glance away from the road ahead.

A baby S Class? Judge for yourself.