VAUXHALL’S innovative Meriva MPV has got itself a new Euro-6 diesel engine to cart around its legions of fans.

And as well as the power under the bonnet, Meriva’s had a stylish update to its looks.

Launched in 2010, the second-generation Meriva turned the compact MPV class on its head, with its clever FlexDoors system – rear-hinged rear doors which allow a 20 per cent larger opening for passengers – and FlexSpace system, which allows rear passengers a variety of different seating combinations. 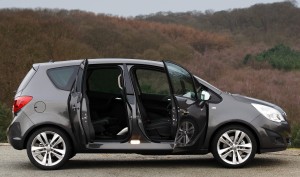 Some dub them suicide doors but to my mind anyone of that particular persuasion could successfully deploy any car door to achieve the desired effect. 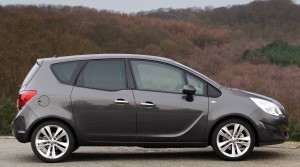 But whatever you choose to call them, there’s no doubt the rear hinged back doors on Meriva make it a real cinch to safely load the kids up in the back most of the time.

Not to mention it’s now easier for grumbling OAPs to avail themselves of a ride in the back with much more ease – and dignity – than has been the case in the past.

But the family jury’s still out on those doors, because collisions are inevitable – thankfully only between passengers. They make it awkward to vacate the car in a tight car park, where conventional doors would allow front and rear passengers to get out at the same time.

Front seat technology has been half-inched from the Insignia and Astra, so you’ll be comfortably located behind the wheel with good head, leg and shoulder room. 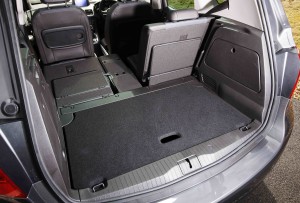 Those in the back have adequate space too, and when you need it the much-lauded FlexSpace system is even easier to use, allowing the rear seats to be quickly folded.

So, once you’ve got everyone loaded up and strapped in, what do you notice from the driver’s seat – apart from good all round visibility? The light, airy interior benefits from having a full length sunroof, as well as Vauxhall’s FlexRail set up in the centre console area, which gives you the option of a number of storage and comfort solutions that fix to the dual rail base. There’s no handbrake to get in the way – that’s an electronic switch, mounted higher up and out of the way.

First seen in the Zafira Tourer, Vauxhall’s all-new 1.6 CDTi diesel engine is now available in the Meriva. The Euro-6 compliant engine produces 136PS and 320Nm of torque at 2,000rpm, yet achieves a decent 64.2mpg combined and 116g/km of C02 emissions. This equates to a 10 per cent improvement in economy/emissions over the 1.7 CDTi, which the new unit replaces, and it is, it’s fair to say, no slouch.

In fact it’s a lusty performer, and a thrifty one too going by the figures, and while it has that initial diesel harshness like Dierdre Barlow after her first fag of the day, it soon settles down into a relatively peaceful performer in everyday mode. 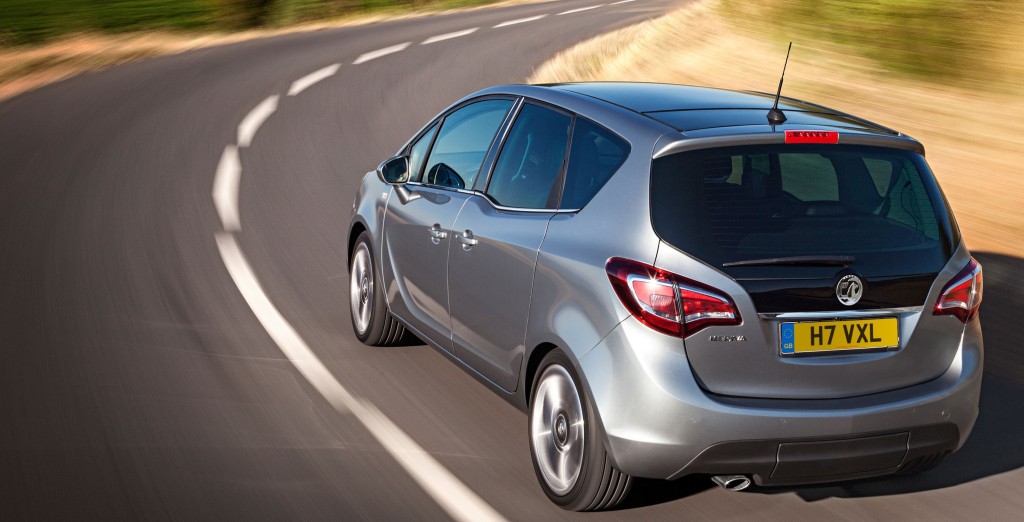 Its UK tuned handling deals well with the potholed highways we use each and every day. There’s a bit of body roll if you push into a corner but the wheels stay stuck to the tarmac and that, at the end of the day, is what matters.

Things to watch out for? If you’re forced to put your lights on because of bad weather you can pretty well forget about using the sat nav because you won’t be able to see it clearly enough. Curiously it goes very dull where others in ‘night’ mode are still visible in daylight.

But it’s biggest plus point is the excellent amount of interior space, and the lighty and airy feel as this one had a large panoramic glass sunroof.

Like all Vauxhalls, Meriva comes with Lifetime Warranty, which offers first owners peace of mind for as long as they own the car, up to 100,000 miles.