THERE was a time when small was scoffed at – but not any more.

The SEAT Leon we have for family motoring has a modest 1.2 litre turbocharged engine – but time and again it proves the Doubting Thomases wrong with its ability to combine acceptable performance with good economy and low running costs. A great family car.

But if diesel is your chosen path, then ‘small’ should still be on your check list.

Honda’s Earth Dreams Technology bursts onto the scene with a fanfare in the latest CR-V – the epitome of all that’s good in a family sized SUV and propelled by a mere 1.6 litre engine.

But what an engine. It’s a super responsive unit that need refuelling about as often as a camel and which displays all the enthusiasm of a terrier at teatime. Plenty of torque equals swift forward movement, safe overtaking and fairly relaxed cruising.

Let’s cast our minds back to 1995 – the year that Diana gave ‘that’ interview to the Beeb’s Martin Bashir. And the year they started selling appliances with pre-wired plugs for the first time.

It was notable for some significant deaths – Fred Perry, ex PM Harold Wilson, Fred West (no loss there, obviously) but also for one significant birth – Honda’s CR-V.

It’s a winning formula that has found some five million homes worldwide in those 18 years. Take a glance at the traffic around you at any given time and it’s a fairly safe bet there will be a CR-V in one of its many guises still providing its owner with sterling service.

The latest variant has a more chunky look, yet its slightly smaller in terms of length and height. But it still comes with that valuable commodity that families crave in a car – loads of space.

Plus, for the first time in Europe, CR-V comes with a choice of either two or four wheel drive.

The new aggressive look is a definite improvement on its predecessor and instantly gives the CR-V a bit more appeal and less anonymity. 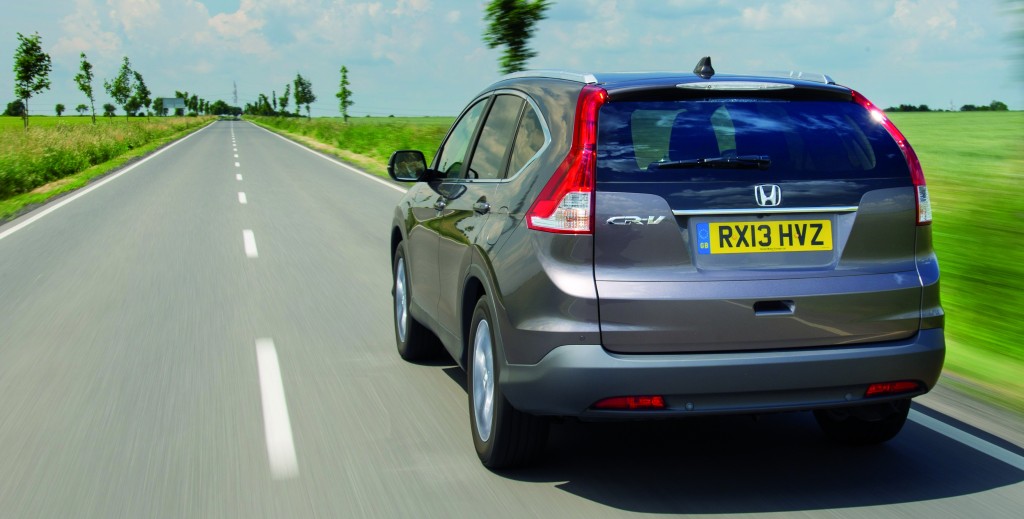 Its biggest plus point for me is the fact that hidden inside that smart exterior is a very useful sized boot.

It’s got a wide opening and the loading height is low, though the tailgate doesn’t quite extend out of “ouch, *@*&!” territory, so big blokes beware. And big babes too, for that matter.

Even with the seats up it’s got a capacity of 589 litres, and if you need the rear seats down just pull one of the handles on either side at the back and they fold flat in one easy motion.

In the back there’s more than enough room to allow three adults to travel in a fair amount of comfort and with a flat floor they can stretch their legs without obstructions. And for those who need to know these things, the hip point of the rear seats has been lowered by nearly 4 cms to give a better seating position as well as more headroom. 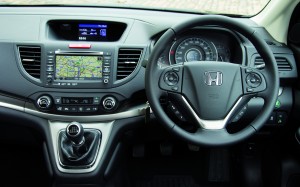 And the front cabin doesn’t disappoint either, with above average head, leg and shoulder room and a good all round view through the glass.

Considering its price tag the CR-V lacks a bit in the quality of the dash area – the plastics used don’t quite live up to the picture painted by the exterior of the car, but there’s no denying the high level of equipment.

Just don’t try putting anything of substance in the glovebox – the instruction manual is so huge it pretty well fills up all the space, though there is plenty other storage space around the cabin.

CR-V has always found favour for its car-like driving dynamics. There’s a bit of roll but nothing that makes you want to grip the wheel tighter for reassurance, because everything hidden away underneath is doing what it’s supposed to. The brakes are good, the gearbox is a model of precision.

CR-V also comes with an ECON setting, to help with the fuel bills. You’ll notice a green ring round the main central speedo when you’re doing it right.

Its relatively high price might put some off but with this cracking new diesel unit tucked under the bonnet it’s a more efficient proposition than before. 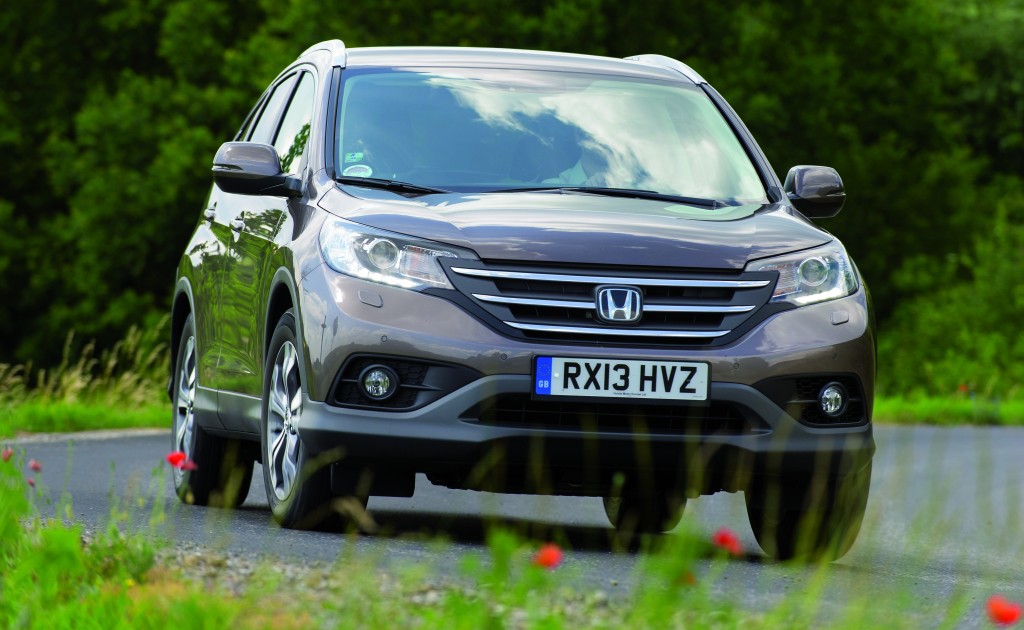