TWO’S company, three’s a crowd – but not necessarily when you’re talking about a smart little city car.

It was something like nine years ago when the French, in the shape of Citroen and Peugeot, teamed up with the Japanese (Toyota) to produce a small car for Europe.

Now, building on the success of the trio the link up spawned, they’re having another pop at it.

Peugeot’s 108 is visually quite acceptable when you look at it alongside its ‘stablemates’ off the same production line in the Czech Republic – the Toyota Aygo and Citroen C1. 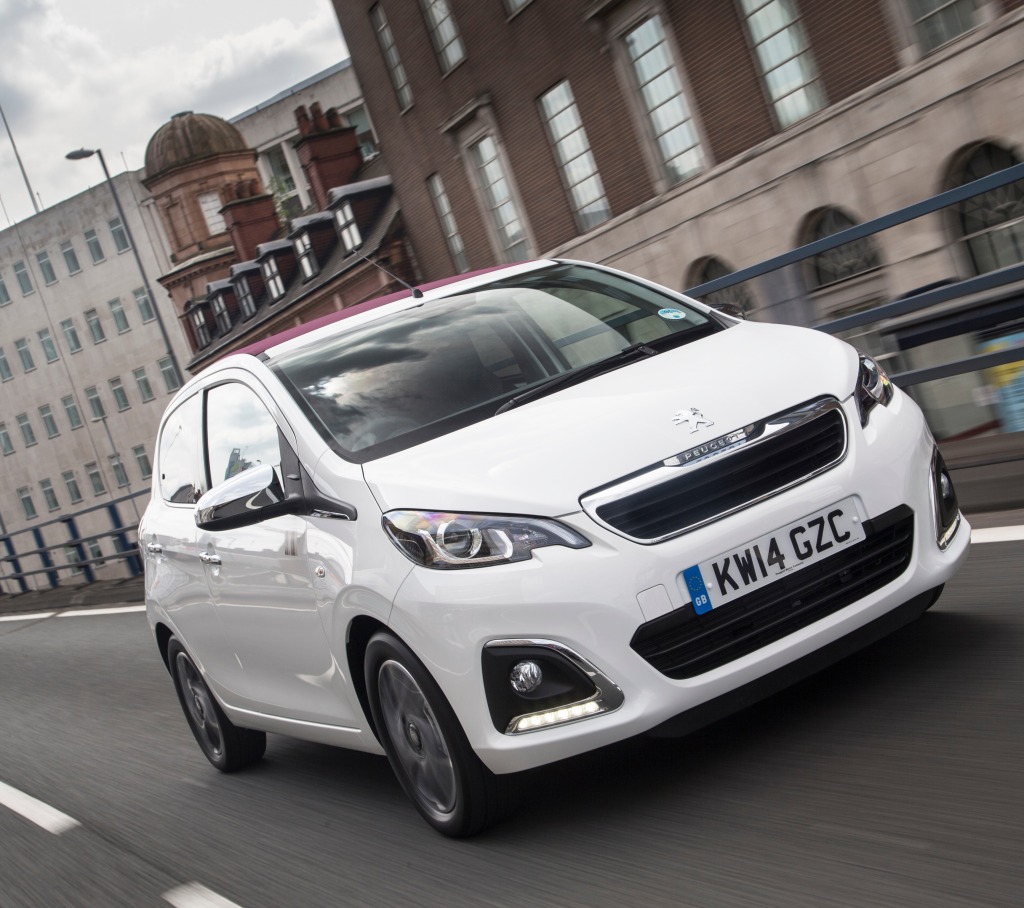 The Peugeot majors on the classy look by incorporating a lot of chrome trimming to the exterior and more chrome and piano black inside, as well as some neat chequered inserts to the seating.
If anything it looks slightly more upmarket than the other two, so there’s a differentiation there that wasn’t really that evident before.

On the latest versions the only panels they actually share are the front doors and windscreen, and this time round there’s an alternative to the three pot one litre unit they all previously used.

Now there’s a PSA produced 1.2 three cylinder, with 82bhp and 116Nm of torque, which in a car that weighs about as much as a Mary Berry fairy cake means it’s quite nippy when you need to pass other traffic. 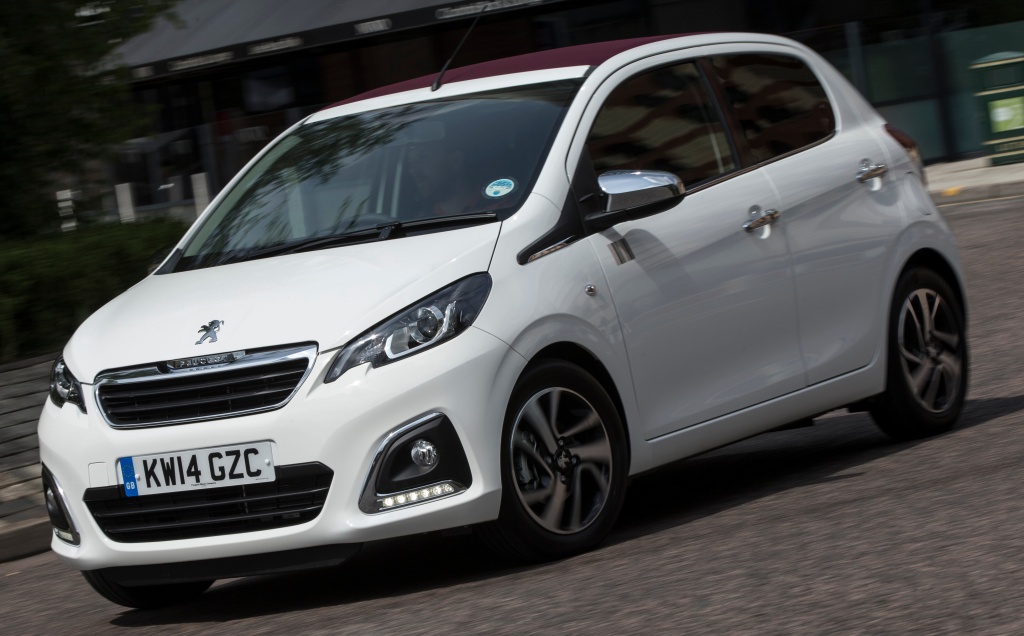 It might sound to anyone else inside that a thousand angry hornets have been encapsulated in a biscuit tin under the bonnet, but it’s an indication that the three cylinders are working hard on your behalf.

There are lots of changes underneath – a new beam axle at the back, new springs and dampers all round and an upping of the stakes in the soundproofing department. It helps to make it feel a bit more grown up and predictable than the car it’s replacing, and the steering has a nice quick feel to it, making the 108 a nimble little machine.

One thing that leaves you scratching your head a bit is the fact the sassy looks are somewhat undone by the sheer tininess of the doors when you shut them, but when you’re building down to a price you have to make compromises.

That’s why the rear windows are pop outs, there’s a single piece glass tailgate and there’s a flimsy fabric parcel shelf that flips up out of the way when you open the boot.

And while there’s a decent amount of room up front, legroom in the back is not that good. So it’s use as a very small and economical family car will be somewhat restricted. What is an improvement over the original is the bootspace, up from 136 litres to 196 litres. 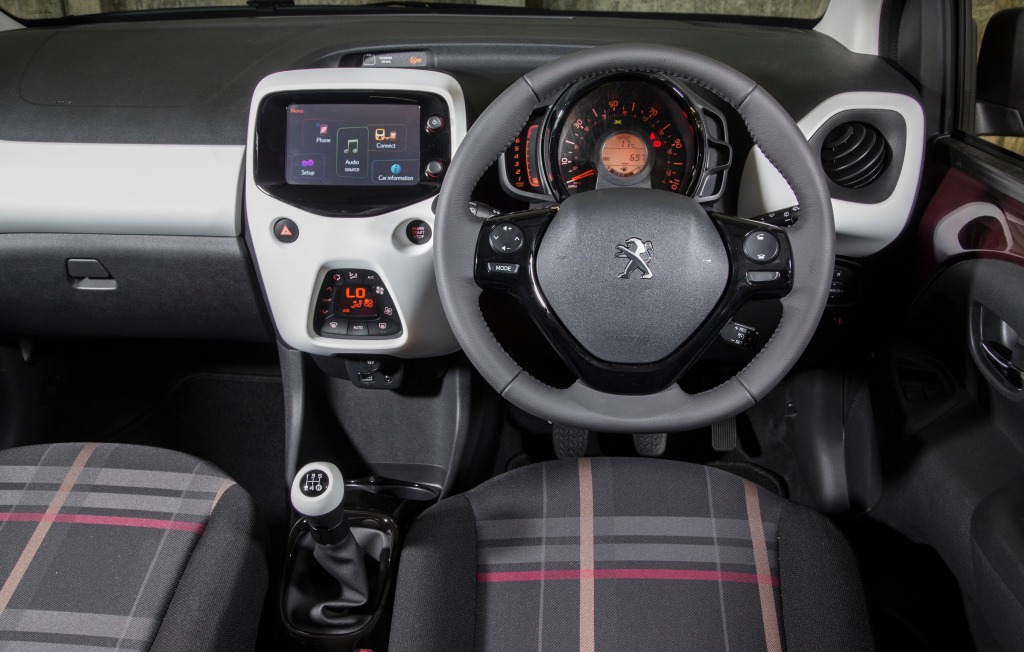 And the equipment level is decent. You get Darth Vader’s head for the centre console, housing the heater controls, the push start button and a large seven inch screen that shows what radio station you’re on. Seems a bit of overkill until you select reverse and the reversing camera comes into play, giving you a big view of what you’re about to back into.