TOYOTA’S little favourite has seen a lot of changes and upgrades over the years but the good news is that still got its full quota of Yarisness.

It remains one of the most compact cars in its class but at the same time manages to give you commendable load space and a decent amount of room for passengers.

They’ve maximised that interior space, which is very good indeed for a car with such a compact footprint on the road, and given it a bolder Toyota family look at the same time.

It offers quality and reliability – things that customers have high on their shopping list.
Maybe that’s a hint as to why there are so many Yarises or Yarii on the roads round Milton Keynes.
Or it could just be that a lot of you recognise a very good car when you see one. It’s got a great roomy cabin both front and rear – a very good useable small family car. 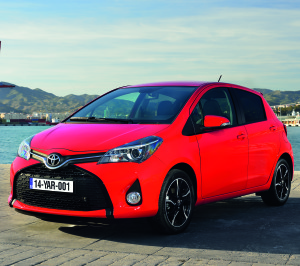 Toyota have freely admitted the average age of a Yaris buyer is 60 years old, but they’re certainly making significant attempts to appeal to a younger bracket, and the new Yaris is well set to do that.

The original Yaris was launched back in 1999 and the latest variant retains its sharp handling that I’ve always appreciated it for over the years. It still gives you a very comfortable ride, and its power steering makes it easy to manoeuvre around town.

All variants come with VSC – vehicle stability control, dubbed ESP on other rivals, which you can exploit from the driver focussed cockpit. 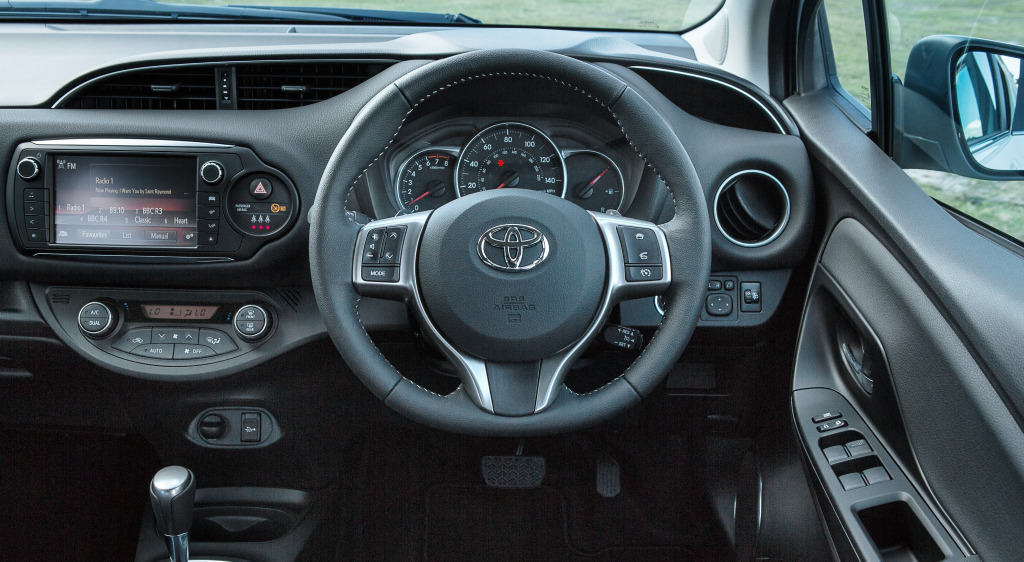 And all models come with Touch 2, a great set up that gives you a radio, CD, satnav, Bluetooth, reversing camera and even album cover artwork on its 6.1 inch touch screen interface.

There’s bags of room for all, even with a tall driver aboard who’ll enjoy a good driving position with a better-than-some all round view because there is plenty of glass.

Instrumentation is dead ahead and very clear – a large speedo flanked by a rev counter and fuel gauge either side, and that unique Toyota Touch system located centrally. 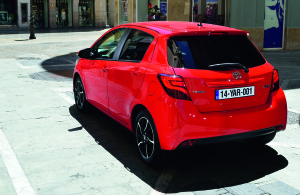 How useful Toyota Go will be to the average 60-year-old buyer is debatable as silvertops like me tend to have an inbuilt homing system and can find their way around without too much trouble. At least that’s what the wife said when she paid out for my portable sat nav. My guess is the full Touch and Go system will appeal more to the younger customers Toyota are hoping to attract, and you certainly get plenty of information from the satnav side of the deal.

But the reversing camera is a great addition for those elderly buyers who find looking over their shoulder a bit more difficult these days….

Under scrutiny here is the latest Excel variant, listing at £16,695, with its 1.33 litre petrol engine, coupled to a Multidrive S CVT transmission which sounds like its revving its little Japanese nuts off but which builds the speed up with decent haste. No slouch, it displays good pick up and good response under your right foot when you need it.

Smart pack is a good option to consider, with its push button start and auto folder door mirrors for just under £400.

Yaris is much more than just a car for the weekly trip to the supermarket and to collect your pension. It deserves usage by a far wider audience. 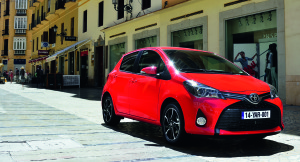 Some 60 per cent of Yaris sales are PCPs (personal contract plans) and what really says more about the car is that there’s a 60 per cent take up after the initial three years – owners are so pleased with their cars they’re happy to have another one.

That’s a far higher figure than the industry norm ands hints at the discerning nature of Yaris buyers.