A FEW years ago, Citroen made a few cars that were – let’s be charitable here – aesthetically unpleasing, the old Picasso being the major culprit.

But there’s been a bit of a coup in the design studio at Pierre’s pad, because all of a sudden they’re turning out cars that are altogether more pleasing on the eye. The DS3, the new C4 Picasso.

Now the sporty DS version of the C4 hatch has been parked on the drive for a few days and it too is getting admiring glances from passers by in our quiet cul-de-sac.

It’s a smart looking set of wheels, no doubt. It sits there with its deep purple contrast roof and mirrors complementing the dark grey metallic paint. The wheels look big, with a sliver of rubber wrapped round them, and the whole package has a ‘get in and drive me’ look.

It’s not the sort of car that makes the hairs on your toes stand to attention but it has a good stab at giving you a bit of fun behind the wheel.

But it can be a bit lairy. Stick 340Nm of torque through the front wheels at you’ll find the car trying to dictate where it’s going, and it might not be the direction you intended. 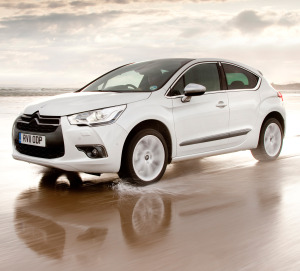 Anything other than a smooth right foot urging this turbocharged diesel forward makes it more of a chore and less of a pleasure to drive, and that’s a pity as overall the interior exudes a smart and relaxing interior that is diametrically opposed to flailing arms and sharp intakes of breath.

It just doesn’t come across as the smoothest of movers.The suspension is on the firm side so it will crash about on rough road surfaces. And hit a pothole and your ears will certainly know about it, the ensuing alarming clunk making you wince.

Settle things down at an around town pace and it’s fine but it has issues.
One I’ll take issue with is the legroom which for a car in this class falls below the standard, particularly for anyone in the rear behind a tall driver.

And they don’t get windows that open in the back, despite the car being a five door.
And typically of a number of cars that start their life being produced for a different market, you’ll notice that the passenger side wiper sweeps a bigger area of the windscreen than the one in front of the driver. It’s highlighted even more on the big screen of the DS4 with the visor up. It’s probably not going to be a safety issue for most drivers, unless you’re one of the Harlem Globetrotters, but how difficult can it be for a manufacturer to switch things over when they’re taking money from UK buyers? 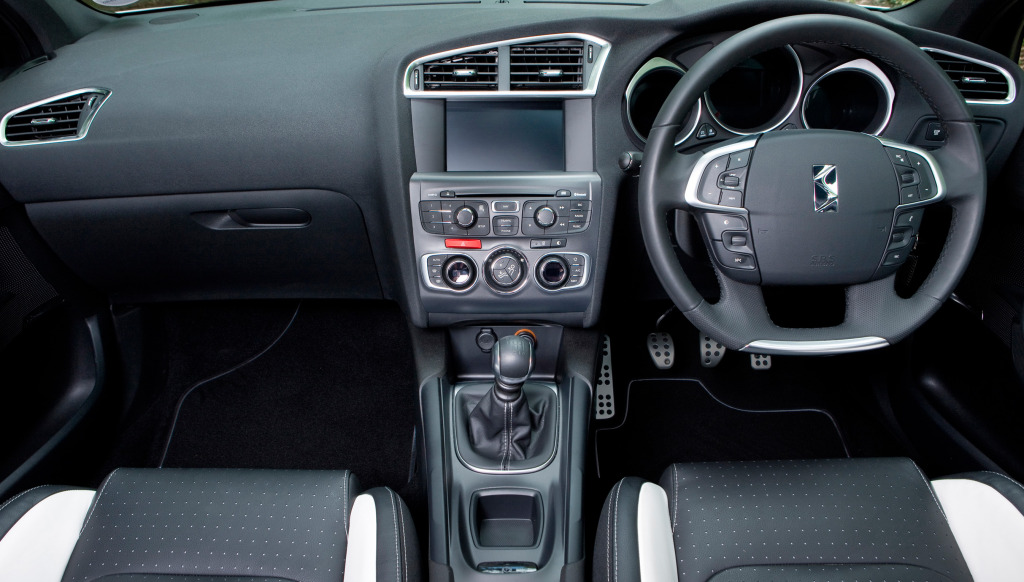 But I must say I do like that big front panoramic screen, which has a small blind at the top edge which can be slipped up to make it ever bigger. Coupled with the large visor you can either successfully shade yourself from the ultraviolets or marvel at the clear view of the autumn sky as it deposits gallons of the wet stuff on the screen.

DS4 is a car not short on equipment. The DSport version sampled here, listed at £23,700, came with a package of extras taking it to the wrong side of £28,000. But standard fare includes a multi function trip computer,customisable sound alerts and instrument lighting, hillstart assist, multifunction steering wheel, dual zone digital aircon, front and rear park sensors, front fogs with cornering function and guide me home headlights.