TO win awards you have to impress the judges – and Mitsubishi‘s Outlander PHEV certainly did that.

It’s green credentials caught the eye of those picking the winners in the Green Apple awards for cars that are a bit more Eco friendly than the rest. Those judges were my colleagues in the Midland Group of Motoring Writers who made it a class winner and the top performer overall.

Big but frugal was the byword as the Outlander impressed with its ability to mix modest thirst and emissions with he ability to entertain its driver and keep real world running costs under control.

There are many claims from manufacturers to have created a groundbreaker but Mitsubishi actually have. All that’s good about new technology is here and the fact there’s no price premium over the cost of the diesel Outlander will clinch it for many buyers.

It’s got all the regular Outlander’s undoubted practicality but is potentially a great deal cheaper to run and that’s one of its biggest assets.

A plug-in hybrid is at its best when used as an EV, but as this is a far from perfect world where you don’t always have access to a power socket, the Outlander will happily work when there isn’t one.

Charge it up and the batteries are good for around 25 miles – fine for the majority of commutes and certainly not bad for a car of this size. 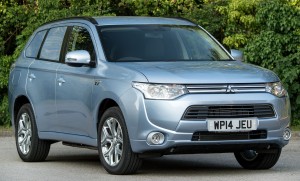 But you can bank those electric miles for when you need them at the end of a longer trip when you might end up in an emission free zone. You can hold the battery charge by pressing a button and run on petrol propulsion alone. It’ll rapid charge to 80 per cent in just 30 minutes.

It uses a clever energy recovery system to harvest electricity that would otherwise be lost. Over 100 miles of mixed driving, up to 15kw/hrs of potentially wasted energy is harvested and put back into the vehicle’s lithium-ion battery.

So in a year, driving 10,000 miles, a single Mitsubishi Outlander plug-in could create enough spare electricity to keep on the lights and appliances in 150 UK homes for a day – OFGEM figures put average daily electricity use in UK homes at around 10kw/hrs.

Its impressive electric range of 32 miles (well, impressive for a vehicle this size certainly) gives it phenomenal environmental credentials. It emits just 44g/km of CO2 and the official combined fuel consumption figure is 148mpg.

In use it’s a comfortable enough mode of transport and there’s a small Prius like gear lever to select drive or reverse. 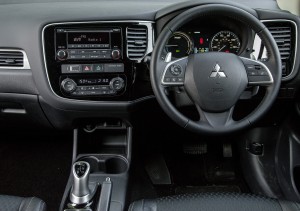 It’s well screwed together, in the way that all Japanese cars of note are well screwed together, with a functional feel to the interior and nothing to mark it out of the ordinary. Apart from the displays that tell you what the powertrain is up to. It’s dominated by a large one telling you what your driving style is doing to the performance.

You can even download an app for your iPhone that syncs with the car to control various functions, like managing its charging or starting up the climate control.

And with just five per cent benefit-in-kind tax, there’s a saving of £8,216 in personal tax over three years compared to a similar size 4×4 SUV. 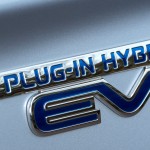 Final word from Lance Bradley, Managing Director of Mitsubishi Motors in the UK: “Having the first SUV plug-in hybrid in the UK market that boasts 4WD capability with an EV range of 32.5 miles and emissions as low as 44 g/km puts Mitsubishi at the forefront of a new era in the automotive industry.

“The vehicle is extraordinary and very different to other hybrids in the market and we are delighted the Outlander PHEV has not only met the high levels of criteria required to qualify for the Plug-in Car Grant but also benefits from £0 Vehicle Excise Duty. And if you are a company car driver, the BIK is just 5%, which is a virtual pay rise of thousands of pounds per year.” 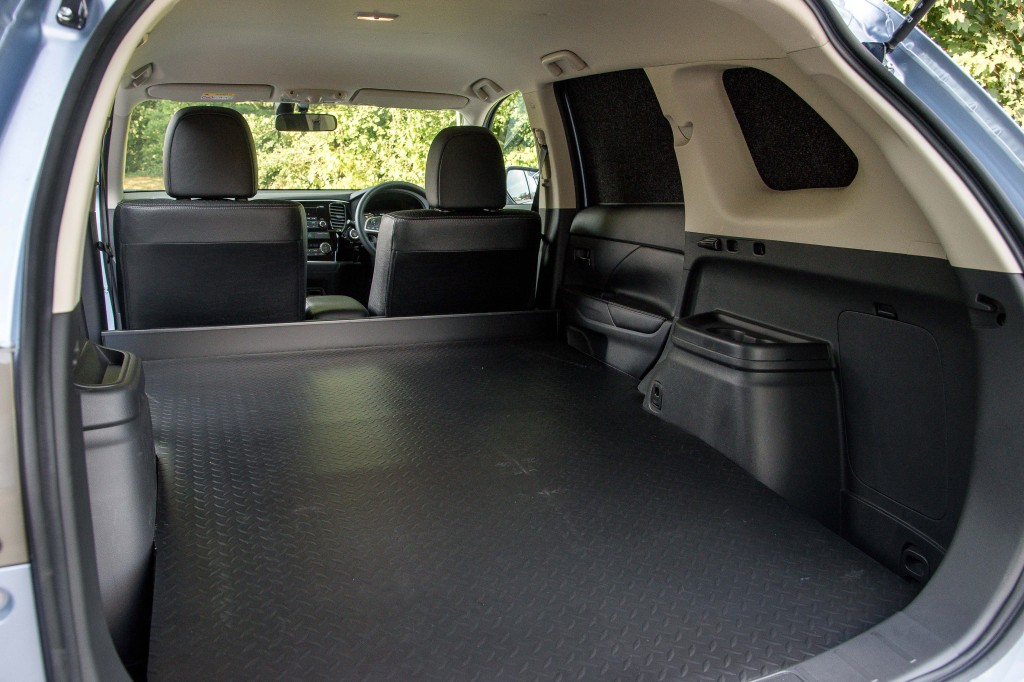