WE start with a special plea – but it’s not one the total git who keyed the Porsche Macan in our care is going to want to hear.

Quid pro quo in this instance for this particular Bletchley lowlife will be a puncture in the outside lane of the M25, at a particularly inconvenient time. Let’s say 8.14am on a Monday morning.

It can only be a particularly green eye that prompted the initial deed, but while there’s no excuse for the reaction, you can retrospectively see why.

The Macan – or baby Cayenne if you like – is a particularly fine looking Porsche, and while everyone thinks of a Porsche as one of the ultimate sports cars, the marque’s sales breakdown contains a growing number of SUV conquests. It’s called diversification in some camps, pandering to the market in others.

Whichever one you choose, it’s been a success. 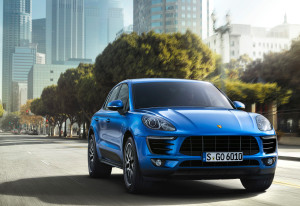 Macan shares its basic architecture with Audi’s Q5, and if you squint to the point of almost closing your eyes you can see similarities.

But the Porsche has a trump card in that it has the DNA – and hence the driving prowess – of others in the stable like the legendary 911 and Cayman.

The clamshell bonnet, the tidy air intakes and the four exhaust pipes are subtle hints of what lies beneath and inside the cabin it’s pure Porsche. More buttons than you can take in with a quick glance adorn the centre console, which divides the driver and front passenger.

What you do notice instantly is the sheer quality of that cabin, the precise way the switches operate and the way the powered adjustable seat cossets you into a superbly comfortable driving position.

It’s the S Diesel under scrutiny here – a car expected to take up the bulk of sales in the UK – and an engine that works away so unobtrusively that you can be forgiven for forgetting it’s a diesel. There’s a smoothness of progress that is very impressive indeed, and while all is calm and serene inside it’s also easy to lose track of how quickly the speed is building up.

Wind, tyre and engine noise are not things your ears pick up because it’s all so well subdued, and even when you’re giving it the beans the major telltale is the speed the needle on the rev counter whips round the scale.

So, for something sporting a Porsche badge, it’s remarkably refined.

The 3.0 litre V6 turbodiesel has 254bhp on tap and a thumping 580Nm of torque, fed through a seven speed auto box and four wheel drive. 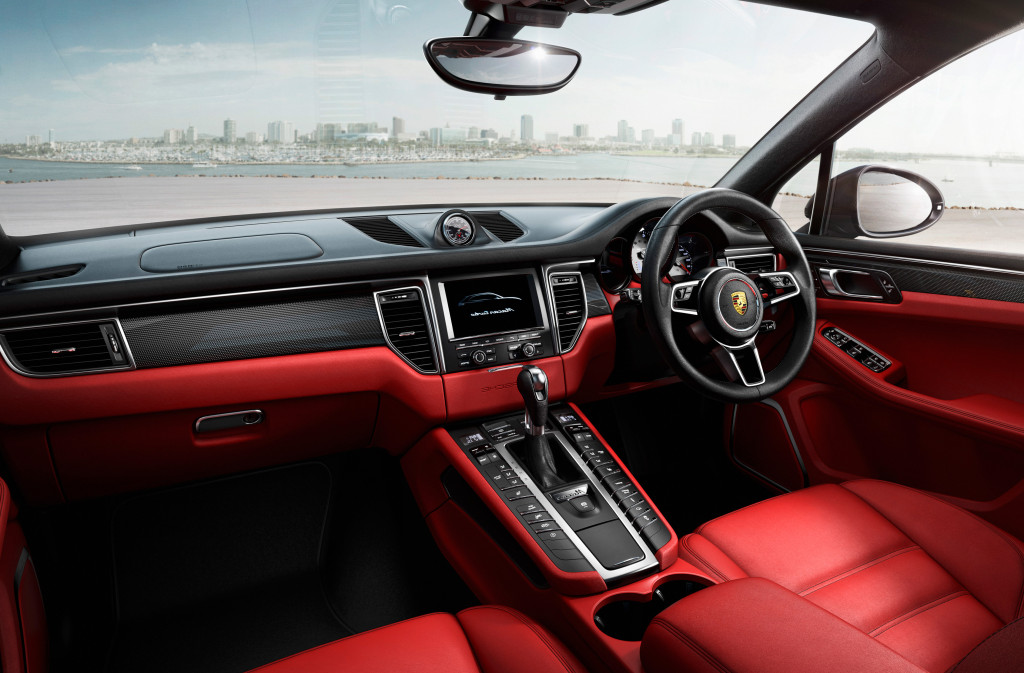 For a tall car it controls its body rolling tendencies well, but you’d expect that with so much wizardry available. Fitted here was the optional PASM (Porsche Active Suspension Management) with its adaptive dampers which help keep the body on an even keel.

Sport mode will put your nearer to the tarmac, while off road raises the suspension by 40mm to avoid any rocks on your path.

To the £43,300 basic price here for the S Diesel, Porsche had fitted a further £13,500 worth of options, making an already well equipped car even more of a showcase. And on the wintry days it was in our care the heated seats (£259) proved a real boon, warming up cold stiff bones on the run to work.

Not so appreciated – by my regular co-driver – was the lack of a light for the mirror on the passenger sun visor. Personally I can never see the attraction of trying to apply lippy in a moving car, but each to their own. ..

And she did have a point. There is however a lot of other useful standard equipment.
Buyers who have never had the pleasure of a Porsche before get a half day driving tuition at the Porsche Driving Experience at Silverstone to set them up.