I’M beginning to think the French have got a little touch of German fever.

They probably caught it back in 1939 when there was a knock at the door and outside were the seried ranks of the Wermacht and the SS, intent on dominating western Europe and indeed further afield.

It’s taken a while for the germs of domination to hit the French but you can’t say they’re not showing the symptoms of wanting to dominate the European small car market.

Take Renault as an example. You’ve got Twizy, Twingo, Zoe and Clio, the latter marking the welcome return of Va Va Voom – but not, sadly, Thierry.

The legendary Frenchman’s favourite small car has shed the kilos (100 if you’re counting), is some 45mm lower than before and has a more masculine look that Renault are hoping will give buyers more reason to reurn to the Regie. 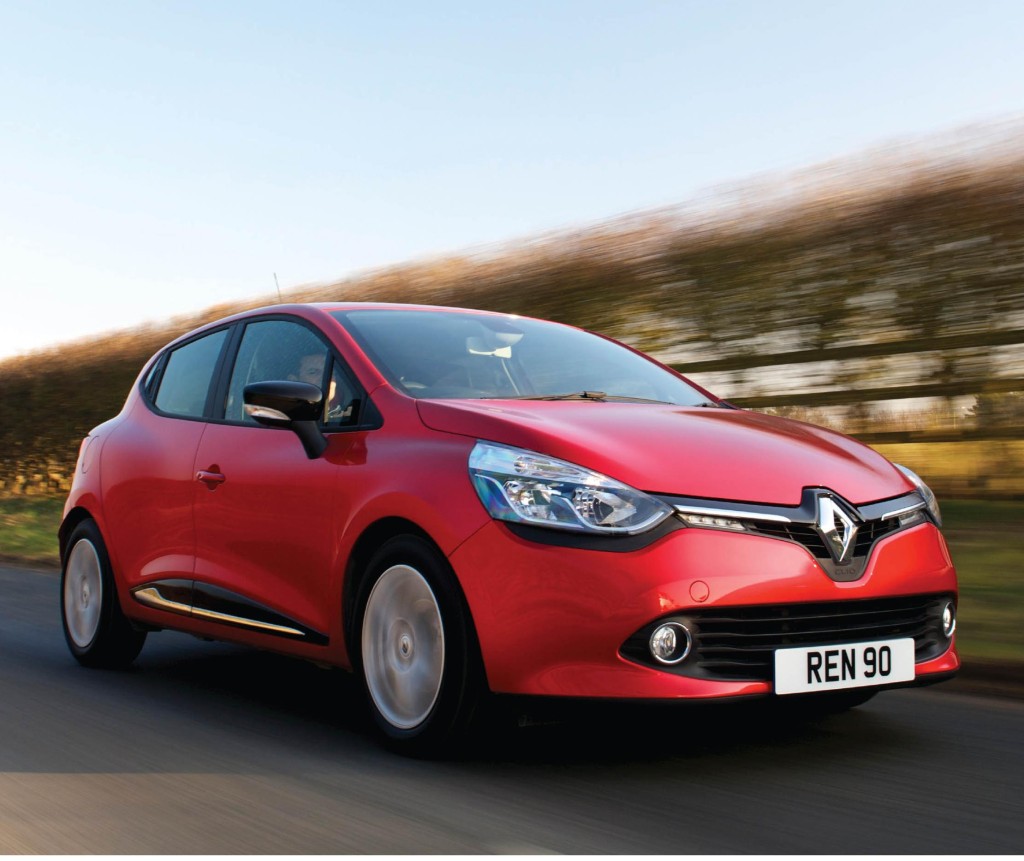 Where the diesel version sampled here scores brownie points is in its tractability. No, it doesn’t sound like a tractor, but it has good response to throttle input and is really quite enjoyable to drive. As well as being a reputedly economical machine to own and operate with zero road tax and a combined figure of 78.5mpg. Which, of course, I got nowhere near.

It has a good seating position, and the overall mark for the interior is high. The quality of materials used is to an acceptable level, the instrumentation is clear and neatly laid out, especially the ‘can’t miss it’ digital speedo and there’s a good amount of head, leg and shoulder room. And with MediaNav models you get a very usable seven inch touch screen with NavTeq satellite navigation.

Sounds are provided by a Renault Bass Reflex System and it comes with a lot of other kit.
This test model had a fair smattering of piano black panels, giving the interior a very shiny appearance along with the chrome instrument surrounds, but there is plenty of choice on the options list if ‘more subtle’ is your preference.

In which case, you might not be looking to buy one with a huge swathe of red running from the drivers door, across the dash and down the passenger door, to mirror the flame red paintwork outside. Possibly a touch OTT, but certainly distinctive.

The instrument dials have a new distinctive shape, and there’s plenty of room on board so you and your passengers are not cramped.

Legroom is pretty good. I can say that as I never felt the need to extend the drivers seat fully back and was still able to carry passengers in the rear. It’s a hint that Clio has grown quite a bit from the brand new 1.2 Dynamique my eldest bought as he set off for university life some 12 years ago.

It’s a user friendly package if ever there was one, and one which you should be able to park safely, thanks to the rear park assist sensors which are just about audible above the stereo.

What you can’t miss is the audible ‘chirrup’ as you engage reverse gear – a handy tell-tale to let you know you WILL be going backwards when you let out the clutch….

The latest Clio certainly has a sporty look and feel, with attention-grabbing lines, and has a colour palette that is no longer as bland as has been the case in the past.