HONDA might be suffering a touch on their return to the Formula One fold, but when it comes to road cars they appear to be in pole position.

2015 is going to be a big year for the Japanese manufacturer. As well as the just revealed new Civic and CR-V models, Jazz and HRV also get serious revisions in 2015, so it’s a fair assumption that things are going to get pretty busy down in Swindon, Honda’s UK manufacturing plant that has just had a £200 million investment. 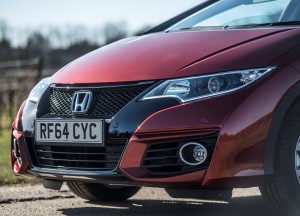 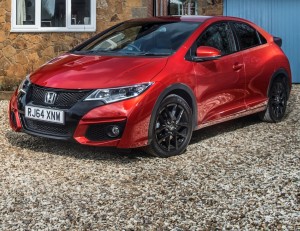 The factory, celebrating its 30th birthday this year, is home to Civic, Civic Tourer, CR-V and Jazz, and the 3,200 workers (or associates, as Honda prefers to call them) currently build something around 140,000 cars a year, from the wheelnuts up. It will also be home to the much anticipated Civic Type R later in the year.

There are more robots than associates in some areas, and over 40 Civics an hour roll off the line.

Attention to detail is an eye-opener on a tour round. Initially the doors don’t look like they fit but a tolerance is built in from the start to allow for the extra weight of the glass, speakers and window controls, so that when they’re married up towards the end of the line, they fit perfectly. 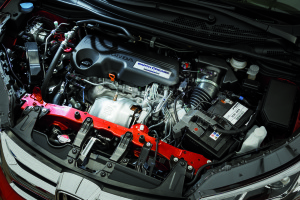 And now and again an engine – all factory cast and assembled – gets an extreme dyno test, running at 6700rpm for 100 hours and using a tankful of fuel an hour in the process. Such is the quality of production, very few faults are ever encountered.

They all know what they’re doing, as every associate, no matter what job they do, spends four weeks on the production line learning how a car is put together.

In fact they say that each and every car is so meticulously tested and examined that a customer could stand at the end of the production line with his wad of cash, hand it over and drive off without any fear of anything being wrong with his or her car.

That’s confidence in your product for you. 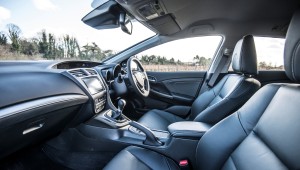 The Civic is a popular model. One in five sold in Europe can be found on our UK roads and now there’s a £1600 price reduction on the latest model you’ll probably be seeing a few more of them around.

Cosmetic changes to the latest version extend to new front and rear bumpers, a revamped grille and a new rear spoiler.

And new to the range is the Civic Sport, bearing a more than passing resemblance to the yet-to-be-launched new Type R, but in a more cost effective and user friendly package that will appeal to those who want the looks but with a less frantic end product.

It’s certainly got the looks to go with your choice of either a 1.6 120ps diesel or 1.8 142ps petrol – with the former think 78.5mpg, 94g/km and 300Nm of torque. Black 17 inch alloys set it off, along with a colour coded rear spoiler, and my brief run in the latest version helped to emphasize the fact they’ve made improvements to the handling and stability. But I’m still not a fan of that rear spoiler, as it still hinders your rear view. 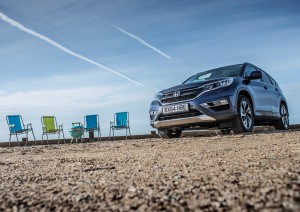 * With one in three European registered CR-Vs sold to UK buyers, the world’s biggest selling SUV now gets a new twin turbo 1.6 litre 160ps diesel engine that’s something of a revelation, and which replaces the old 2.2 i-DTEC diesel unit. A low CO2 figure of 129g/km, economy around the 58mpg mark and 350Nm of torque give it commendable credentials. The new nine speed auto box boosts its efficiency.

Stylistically it has wider front and rear bumpers which have the effect of making it look shorter, but it remains the commodious vehicle it always was. It’s just a more refined, efficient and neater one now.