A BUDGIE with no beak sucks seeds, and Kia’s cee’d succeeds in being a very good all round car with that impressive seven year Kia warranty.

Now it’s got even better.

My favourite car from a far east manufacturer (yes, I’m aware it’s built in Europe) by quite some margin successfully marries up sporty looks with a reasonable price tag and real world economy and running costs in its new 1.0 form.

Kia’s cee’d family is the first range to be fitted with the company’s advanced new engines, which bring claimed reductions of up to 25 per cent in fuel consumption and CO2 emissions.

They’re part of an upgrade of all three cee’d body styles – the five-door cee’d, three-door pro_cee’d and cee’d Sportswagon. 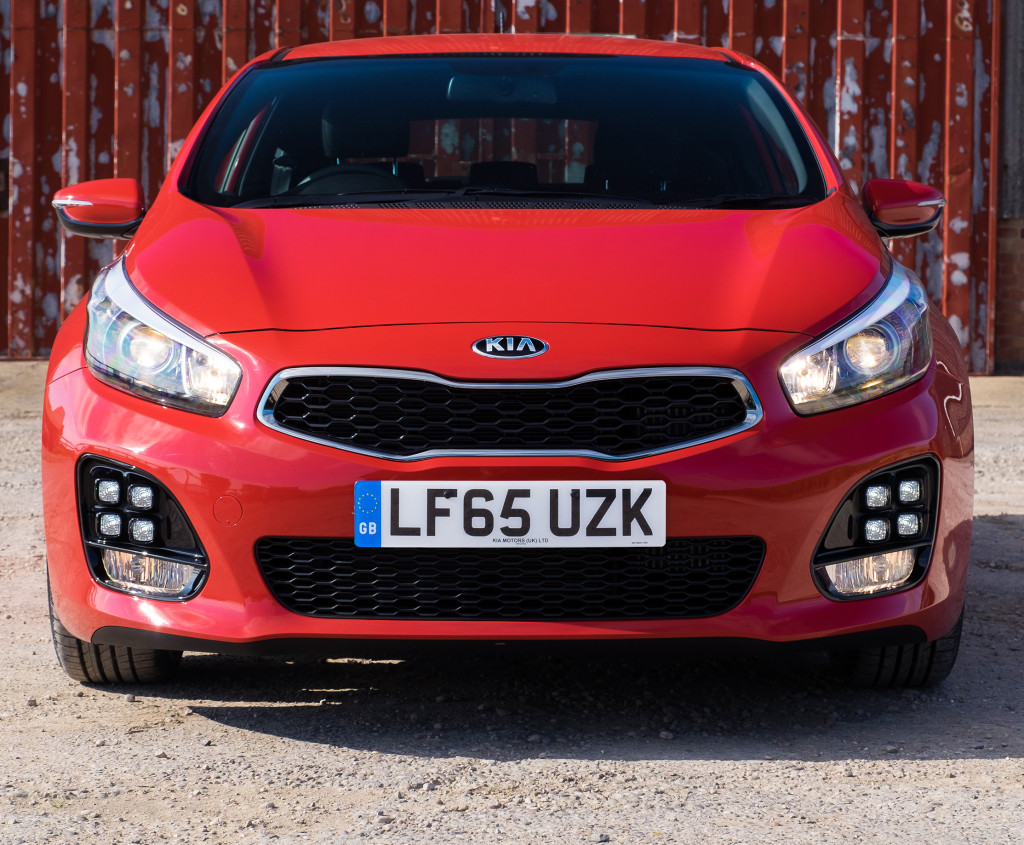 First deliveries will be arriving in UK dealerships on October 1, with prices for the revised models with new engines starting at £16,795.

There are two versions, delivering 98 or 118bhp, for the cee’d and pro_cee’d. Both develop 172Nm of torque over a wide range from 1,500rpm to 4,000rpm, which gives you pretty decent driving flexibility.

If you’re interested, the ecoTurbo engines feature laser-drilled injectors with six holes laid out in a pyramid shape so that the fine mist of fuel is spread more evenly throughout the cylinders than if it was being consistently sprayed into certain points.

Out on the road at the UK launch last week at Millbrook’s test facility,
the steering initially feels quite light until you discover a button on the steering wheel – which has more buttons than a big girl’s blouse – that allows you the option of normal, comfort of sport settings.

And that make a lot of difference to the way the steering feeds back what the front wheels are up to. It can feel likes it’s dancing across the tarmac like Kristina Rihanoff (doesn’t everyone watch Strictly?) or you can feed a bit more weight into it for the true Russell Grant experience….. 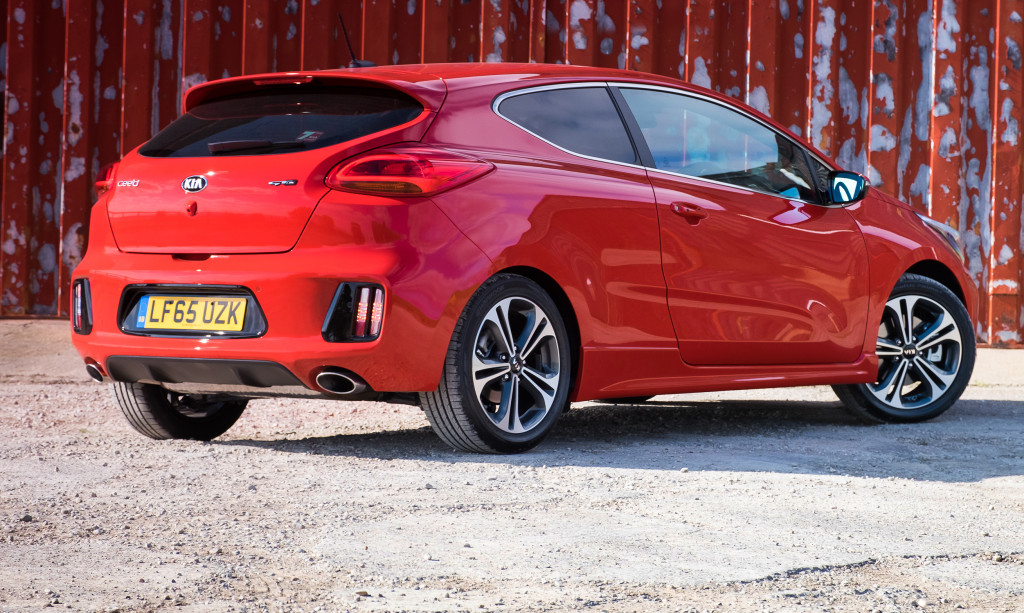 Sink your foot into the carpet and it’ll pull away adequately, the distractive three cylinder rumble only appearing as the speed builds up, but for the most part it’s all very civilised and subdued.
There’s a nice logical layout to the instruments – a big, clear, easy to read and see central speedo, flanked by a fuel gauge one side and rev counter the other, with a decent size info screen in the middle of the dash. And for your money, you get a decent amount of equipment in the GT Line version sampled here.

All sizes and shapes of driver get a good driving position with plenty legroom, even in the back, but in the three door sampled here on the UK launch you’ve got to manoeuvre yourself in there in the first place.

It’s set up well and easily dealt with the hill route at Millbrook’s test track, and the ensuing open roads were a doddle for the European built cee’d.

For buyers who want the sporty styling and trim of the GT models, but with lower fuel, insurance and taxation costs, the new GT-Line trim package will be the one for you.

The 2016 models have the highest level of connectivity ever offered in the range through the latest Kia Connected Services featuring TomTom®. Via a 7-inch central touchscreen, drivers gain access to European mapping, a Traffic Messaging Channel, full UK postcode entry and the choice of fast, short or economical route-planning.

The 7-inch touchscreen is linked to a colour reversing camera and a DAB radio with MP3 compatibility is now standard. 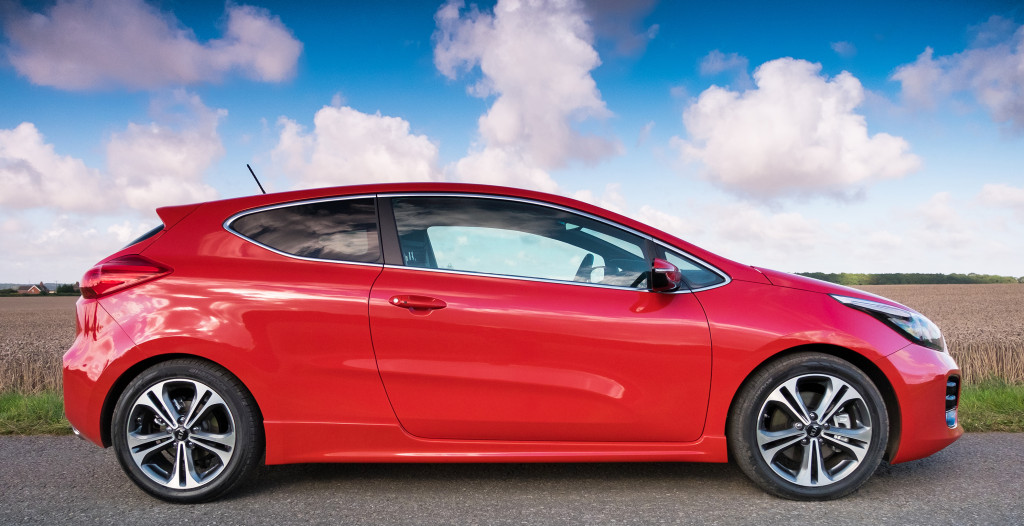