BACK to the Future is finally in the past, but for Peugeot it’s a case of the past IS the future.

The firm that brought us the 205 GTi 30 years ago has now pulled another trump card from up its sleeve in the shape of the new 308 GTi.

And if ever there was a full on performance model in the Peugeot range then this is it. Just like the 205 GTi was back in 1985.

And the 308 has arrived with a bang, as sales started on November 5.

Yet again it’s a car with a 1.6 litre engine that might on first glimpse appear to be expected to punch above its weight, but they’ve managed to get two versions out of it.

First up is the 250hp variant, very closely followed and soon overtaken by the remapped 270hp rangetopper with big red Peugeot Sport brake calipers and a Torsen limited slip diff. 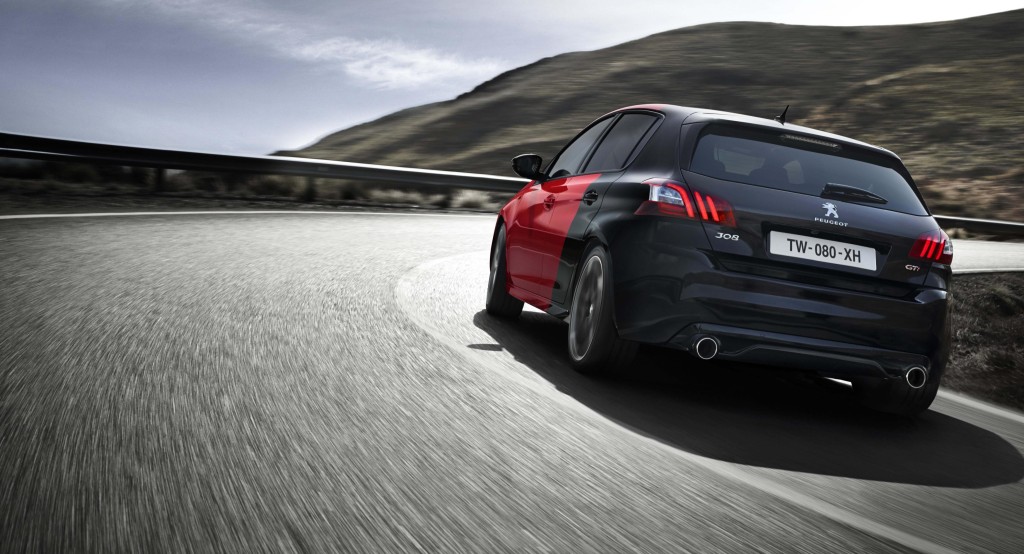 Now I’ll admit here I have no idea how the car handles out on the open road. I spent the UK launch putting it through its paces at Donington Park on a special handling course and on part of the old circuit where Auto Unions ruled the track in the 1930s.

What I can tell you is that it is very responsive in both guises, the brakes bite very effectively and that Torsen diff is hugely effective in eliminating – to a certain extent – what Mr Ferguson would call ‘squeaky bum time’.

Punch the throttle coming out of a sharp hairpin bend and the initial understeer is quickly cancelled out by the diff loading up the wheel that needs a bit more mechanical assistance, allowing you to concentrate on steering the thing down the road, which is coming towards you quickly indeed. But thankfully, because of the differential, not the undergrowth.

Track use obviously accentuates the ability of equipment like this, and in particular the ability of the big discs to haul off the impressive speed the 1.6 THP engine builds up before you can safely negotiate a corner.

It’s certainly got that French ‘je ne sais quoi’, only in this instance we do know quoi. It’s quality, and a more ‘want one’ feel than you’d have got from 308s of old.

The driving position is good and the steering wheel is smaller and neater than the norm, flat bottomed, so legroom is unhampered and people of all shapes and sizes will have no problem finding a comfortable position behind the wheel. 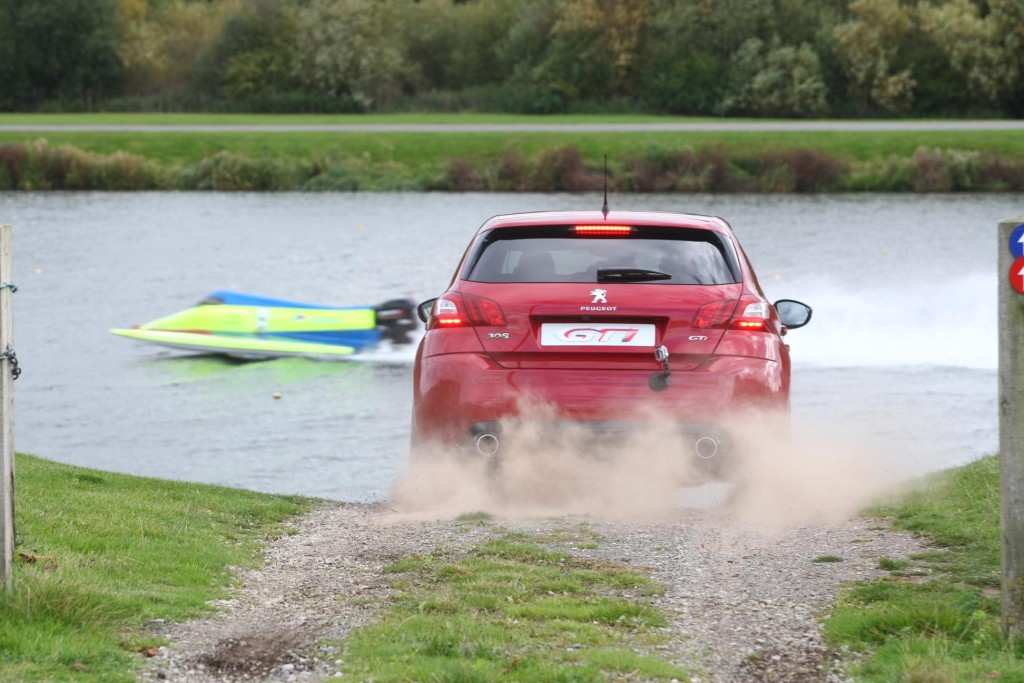 The gearchange has a nice feel to it, with a reassuring clunky movement and the steering is nicely weighted, with plenty of feel and response, so even the slightest wiggle will tell you the wheels have changed their course. Handy to know, I always think.

For those with a penchant for figures, the 270hp model will pass 62mph in just six seconds, 0.2 quicker than its 250hp brother. It’s livelier than a terriers tail at teatime.

One little French quirk you’ll notice is that the speedo needle flicks from left to right round the dial, while the rev counter needle moves in the opposite direction from right to left. And it’s the same for the fuel and temperature gauges.

Let your eyes linger for a while over the smart body – certainly the neatest 308 by far, with sleek, clean lines. It’s 11mm lower than standard models and sits on large 19 inch Carbone wheels that are 2.3kgs lighter per wheel than those on the 250hp car..

The accent is on performance, and it delivers in spadefuls.

As the original GTi ad said, if you want something sensible by an anorak.