IT was a small car that got the Spaniards off their donkeys and behind a steering wheel back in 1953 and it’s a small car – in the guise of the Ibiza – that is the mainstay of SEAT’s sales success here in the UK.

Back in those early days the 925 staff could only manage to churn out five cars a day.

Now the total figure produced stands north of 16 million and SEAT UK have seen six successive years of sales grown, bolstered by the Ibiza and the excellent Leon.

IF you got a prize for counting how many Ibizas you see on any given trip round town, you’d probably run out of fingers to count on – and toes too. The popular Spanish supermini has long been one of their best sellers because even though rivals like the Fiesta and Corsa have, in name anyway, been around longer, there are still plenty of us with an eye for a car that offers good value for our money. That could account for the fact 700 Ibizas leave the Martorell factory in Barcelona each day.

You can opt for 3 door, 5 door or estate variants and there aren’t many superminis you can say that about. None, in fact.

Now there’s a new kid on the block. And it looks remarkably like the Ibiza we’ve come to know and love, because the changes are mainly underneath. 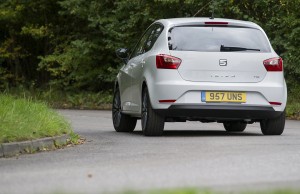 Take the 1.0 three cylinder EcoTSI with DSG box. You wouldn’t on the face of it think that would be much of an efficient combination but it works very well. The engine is refreshingly zippy and gives a good account of itself.

This combo won’t be the best seller in the range but it’s a fair indication of what can be married together successfully. With 110ps and 200Nm of torque there’s a decent spread of power, but step down to the 95ps engine (160Nm), again 1.0 litre, and you won’t be missing out on much. 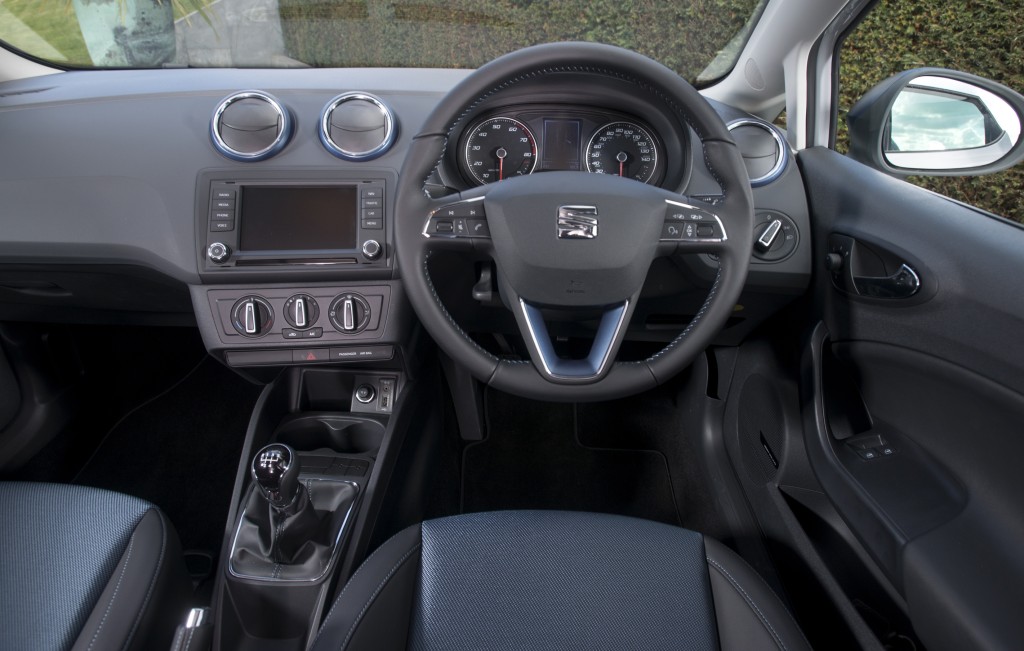 It’s not devoid of road noise but even though the engine is small, you’re not bombarded with the sound of straining from under the bonnet – it only sounds a touch raucous when you push it, but even then it’s not an unwelcome sound.

And of course in ST trim, there’s that little bit more useable space in the back to make it a more compelling family runaround.

The latest model has new steering and suspension, which seems to be an improvement over the last version Ibiza I owned a few years ago, making it more user friendly and smoother on the road. Changes direction and responds to wheel input a bit better than before to my mind. It feels safe and forgiving and I like that. 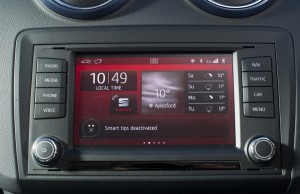 Choice there has always been when it comes to picking an Ibiza, and choice there still is. Seven trim levels await you – E, S A/C, SE, VISTA, CONNECT, FR and FR RED EDITION, with an extensive list of five petrol and two diesel engines, starting with the entry level three cylinder 1.0 petrol (£10,000).

There is little in the way of anything external to note here in the way of changes, but on the inside it’s a different matter. There’s been a distinct upgrade in interior quality, and that’s been prompted by customer feedback – ignore it at your peril. 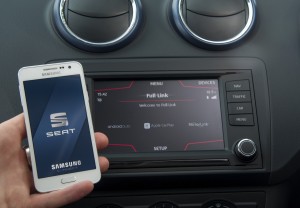 The dash gets soft touch plastics, a new instrument cluster and there’s new upholstery, but the big scoop is the addition of MirrorLink for the ultimate connectivity between the car and your smartphone.

Plus, SEAT becomes just the second brand after Ferrari to add in Apple CarPlay, so the world’s best phone can be fully integrated. All viewed on a five inch colour touchscreen – six and a half inch if you spec Media Plus.

The clincher for some? You even get a free Samsung smartphone if you opt for the new CONNECT trim.