CLEARING the iced up front screen of Audi’s larger than life Q7 is not a job you could imagine Warwick Davies managing too well.

Nor anyone else ever so slightly vertically challenged to be honest. It’s on mornings like this that you realise just what a full on vehicle the Audi it is. 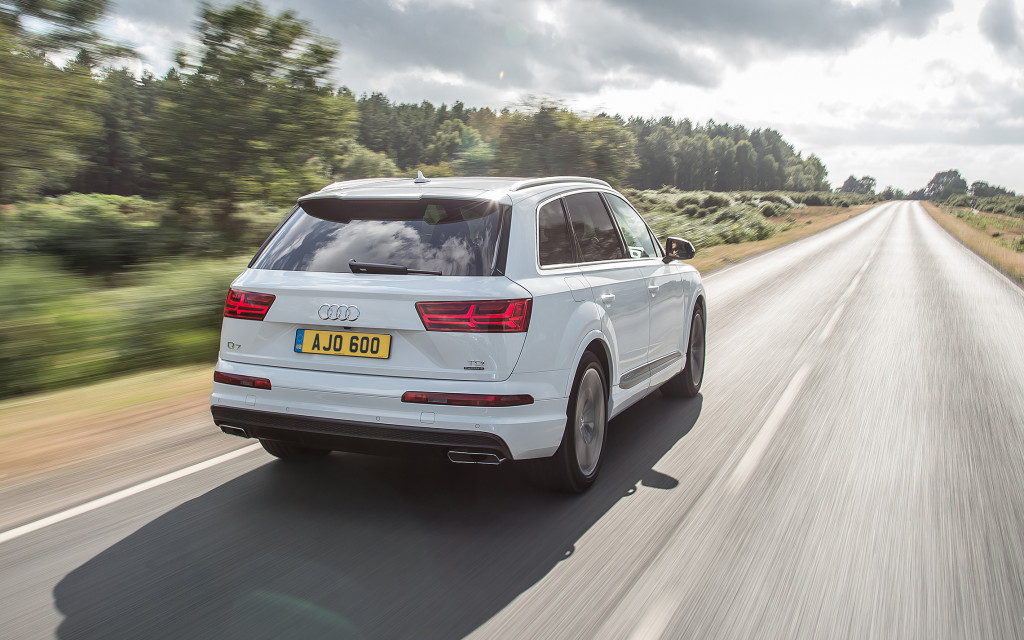 It’s one that actually has you reaching DOWN from its commanding driving position to swipe your way out on a car park control barrier, leaving a space you’ve just vacated just about capable of accommodating a couple of small cars nose to tail.

And talking of car parks, they obviously didn’t design the Q7 for people who are regular users of the nation’s out-of-town supermarkets. The spaces are a bit tight for this luxury seven seater SUV so, like a Kardashian, you find your bottom hanging out a bit from what’s deemed a UK average parking space.

So, a couple of minor niggles to start with. But that’s it – end of.

What we have here is very much an improvement over its predecessor, which if my memory serves me well was noted for losing wing mirrors on narrow Devon lanes when it made its first appearance to the UK motoring press in 2006. 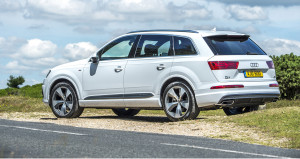 You can’t get away from the overriding impression that it’s bloody big, but Q7 a la 2016 manages to tone down its sheer size with some less brutal styling. The large 3D grille dominates the front and the changes are subtle but noticeable when you see the old and the new side by side.

By trimming weight from just about every area of the car they’ve managed to make the new one some 325kgs lighter – that’s over three burly blokes-worth.

And all the more remarkable because they’ve been able to take the lid of the toybox and throw just about every gadget and innovation know to Bratislava (where they make them) into the spec list. 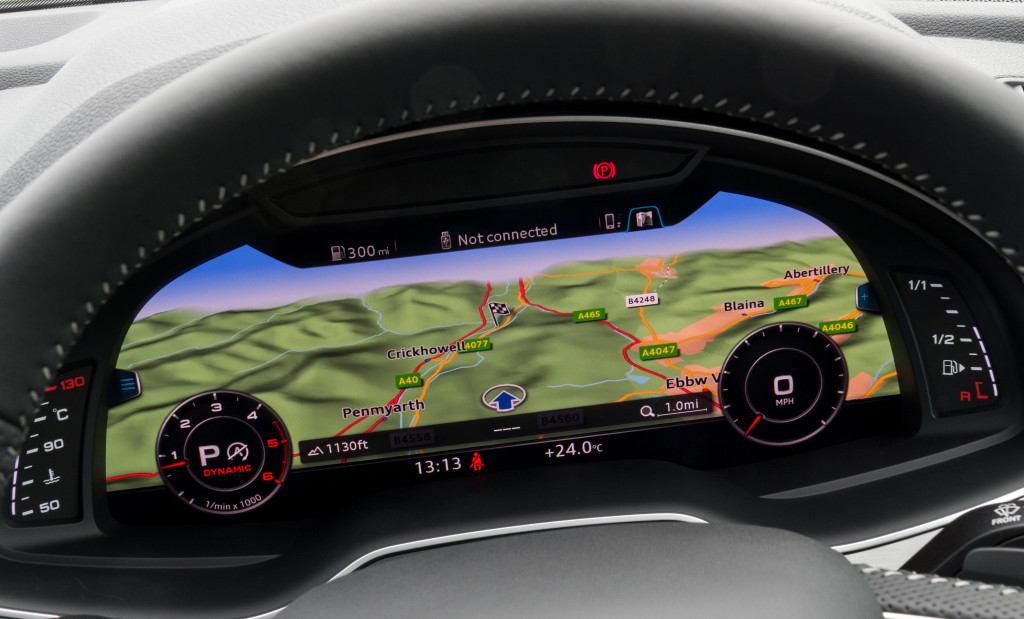 A powered tailgate is also part of the package, so you can stand and admire it closing slowly as the rain hammers down on you…. 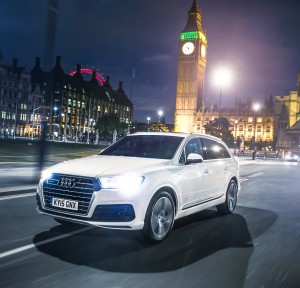 UK specification models feature three rows of seats upholstered in supple Twin leather, and headroom has increased for both front and second row passengers. The second seating row now has a tilt and fold function, and when the two seats in the third row aren’t being used, they can be easily folded away to make room for luggage thanks to a new powered folding mechanism. There’s even a button that swings the towbar out ready for use, and returns it to its hidden position out of sight when not required.

Powering the new Q7 is an EU6-compliant 3.0 TDI engine pumping out 272PS and 600Nm of torque, linked to an eight-speed tiptronic transmission with a fuel-saving freewheeling function, and quattro all-wheel drive.

It’s all rather effortless in use, and few clicks after you settle behind the wheel sees you off down the road.

There can’t be many more relaxing cars to get into and drive.