SO, it’s not just Red Bull. Honda gives you wings too, in the shape of the over large attachment on the bootlid of the latest Civic Type R.

I’ve always felt there’s something distinctly sobering about knocking along at the legal limit and realising the car you’re in will do twice that speed. And then some.

And it’s a bit of a ‘splash some water in your face’ moment when you peruse the statistics and take in the fact it’s ‘just’ a 2.0 litre engine powering things. 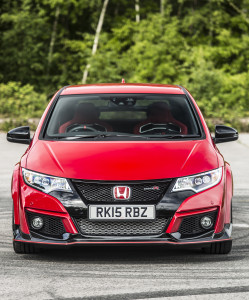 Not just any 2.0 litre engine, I’ll concede, but a heavily breathed on and tweaked Honda engine. One that has reliability carved into its DNA. Bet Ron Dennis wishes he had a ready supply ….

But briefly back to the figures. The stark fact is that this bewinged piece of Japanese engineering with its massive rear spoiler(all assembled in good old Wiltshire) is capable of 168mph, and can accelerate to 62mph in around the same time as a lot of supercars. 5.7 seconds to be precise.

So it doesn’t take a genius to deduce that to get the best out of this race car for the road you don’t need a road at all. You need a track day, where you can play to your heart’s content and not risk anyone else’s well-being should the unfortunate happen. 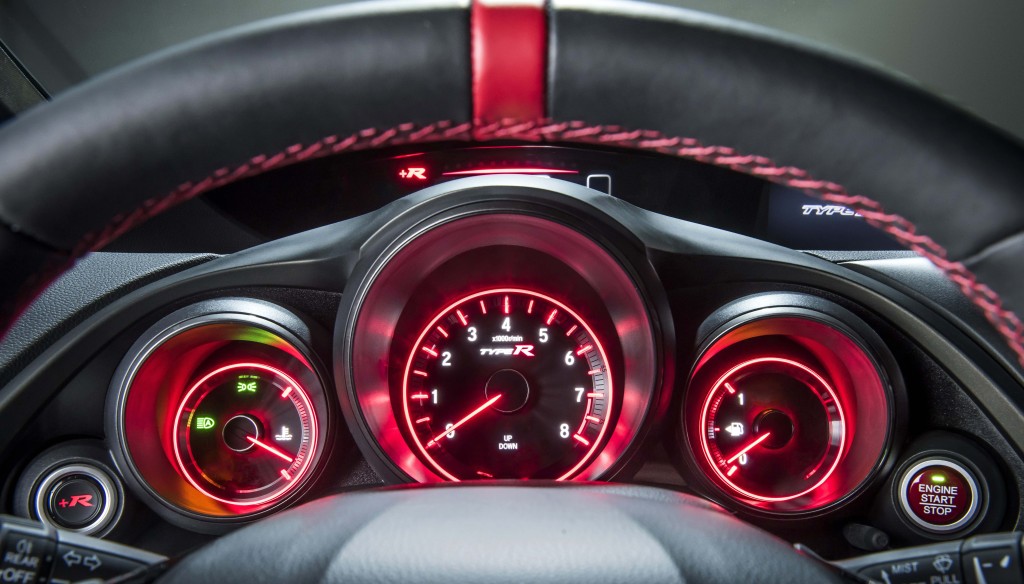 Which it could do. There’s a GT button on the dash in this particular model that turns the instruments red and gives you a few more track use orientated readouts. That’s the obvious bit – what you can’t see is going on underneath and out of sight. Subtle changes are made to the chassis and drivetrain systems, and the torque mapping changes to a more aggressive performance focused setting.

The car becomes firmer and hints at more agility for some serious hooning about.

At which point, with no track action booked, you go home, switch off, and contemplate the wisdom of spending £32,295 on a car that is fun, yes – enormous fun – but has the potential for the washing machine to have to deal with another unexpected load.

One of my boys had a Type R a decade ago, but I don’t remember it being as outright edgey as this one. Quick, but the 200hp then seemed altogether more controllable. But now? Well, 310ps and 400Nm of torque takes the game on to a different level and makes the 2016 Type R the fastest accelerating performance front wheel drive hatchback around.

Type R vehicles have a cult following all over the world and in the 22 year history of the red ‘H’ badge this one sure lives up to the hype.

The interior is the sort of environment you’d expect for something with such a sporty pedigree. And it’s got one of those aluminium gearknobs that will freeze your palm to it in the winter and leave a scorch mark there in the hot summer sun. 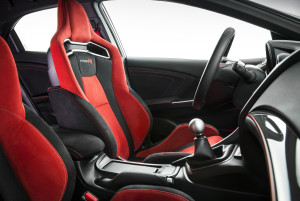 The red bucket seats are a must to keep you firmly located behind the wheel and a new four point Adaptive Damper System ensures continuous independent control of each wheel. And that equates to exceptional roadholding, with stopping ability to match, aided to the 18 inch vented and drilled discs at the front.

I can vouch for that. And while the ride is firm, you could live with it every day, as long as you can resist the temptation to sink that right foot too often on the Queen’s highway.