NISSAN have banished the box and taken the stylish route with their replacement for the squarer than square X Trail.

Sacked is the six-year-old who obviously styled the last version with a ruler and pencil and is his place has come someone who knows a bit about how to make a car a bit curvy and sexy.

Even something with the on road footprint of the new X-Trail, which by anyone’s standards is a big piece of kit. 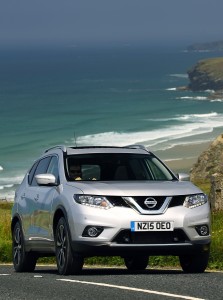 There’s a big boot to start with, and the vast interior means there’s more than enough room for everyone on board.

They’ve drawn on the Qashqai and the Juke for handling inspiration which has the effect of giving it a more user friendly feel – there’s now much more of an on road bias than the off road capabilities of its predecessor.

There’s a corporate Nissan nose a la Qashqai up front but the rear end is a lot different and comes with one of those sometimes annoying automatic tailgate – annoying when it’s raining and you’re waiting for it to open.

1.6 turbodiesel or 1.6 turbocharged petrol are the engine options, the petrol powered version sampled here offering a bit more power at the expense of fuel economy, it’s combined figure being a claimed 44.1mpg.

Front wheel drive is standard, but if you opt for the diesel you can have four wheel drive with any of the trim levels – Visa, Acenta, n-tec or Tekna.

It’s an easy car to drive for such a large vehicle, and parking it up in a tight space is helped by the around view monitor that comes with the n-etc spec.

It is a big hunk of metal and plastic for a 1.6 engine to lug around, but if you don’t expect too much in the way of outright performance you won’t be too disappointed. 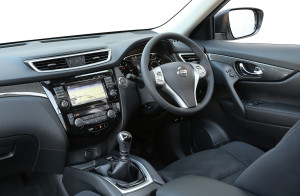 It is acceptable nonetheless and at a steady gait it doesn’t complain and that makes it reasonably relaxing for those inside. The only time it really feels a bit sluggish is when you need instant acceleration and then it’s ‘modest for a car of this size torque figure’ lets you down a bit.

That typical commanding view of the road means all is laid out before you – the roadside rubbish, the driver who’s about to veer In front of you because they can’t make up their mind what lane they need to be in, the glories of the English countryside.

Equipment levels are good, even on the entry level Visia, where for starters you get cruise control, air con and Bluetooth. Acenta gives you a panoramic sunroof and privacy glass among others, and n-etc here has 19 inch alloys, surround view camera, push button start, electric handbrake, electric folding door mirrors and that one touch tailgate for £26,445. Chuck another £900 at it and you can have the seven seat option for any small people you might want to squeeze into the rear.

The rows of seats are tiered so each is a little higher than the one in front so everyone gets a good view. And headroom remains good for all.

Options worth considering are lane departure warning and traffic signal recognition and are available across the range.

It will now certainly appeal to a wider range of buyers than before. 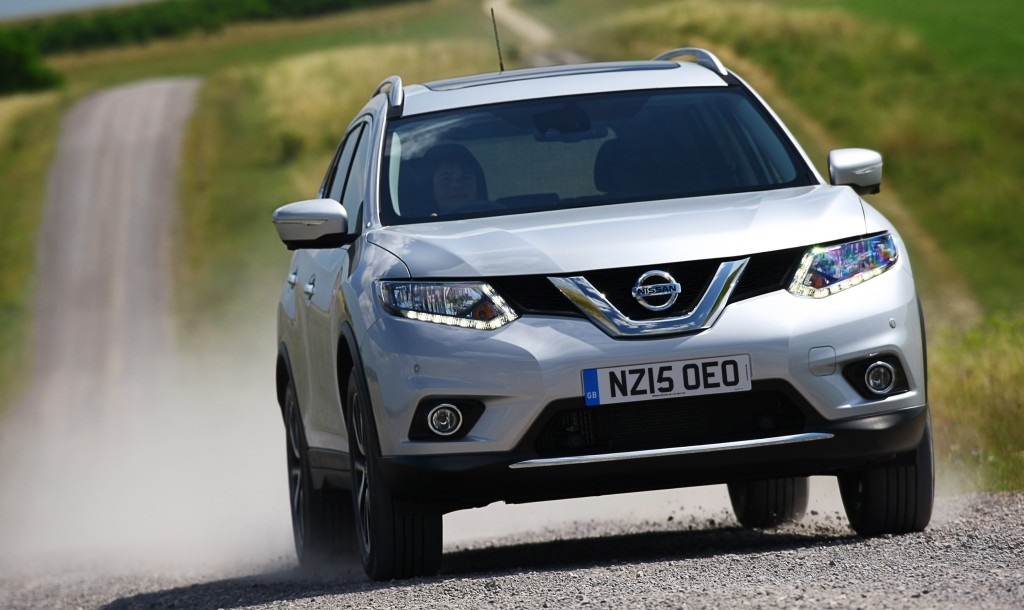