CAST your mind back to 1989 – a year when the Chinese squared up to the authorities in Tiananmen Square, Sky TV hit the screens and Eternal Flame by the Bangles flickered into life.

So did the original Mazda MX-5, and while the Bangles hit still gets played a bit, the instant love affair that developed between the motoring public and the MX-5 shows no sign of abating. 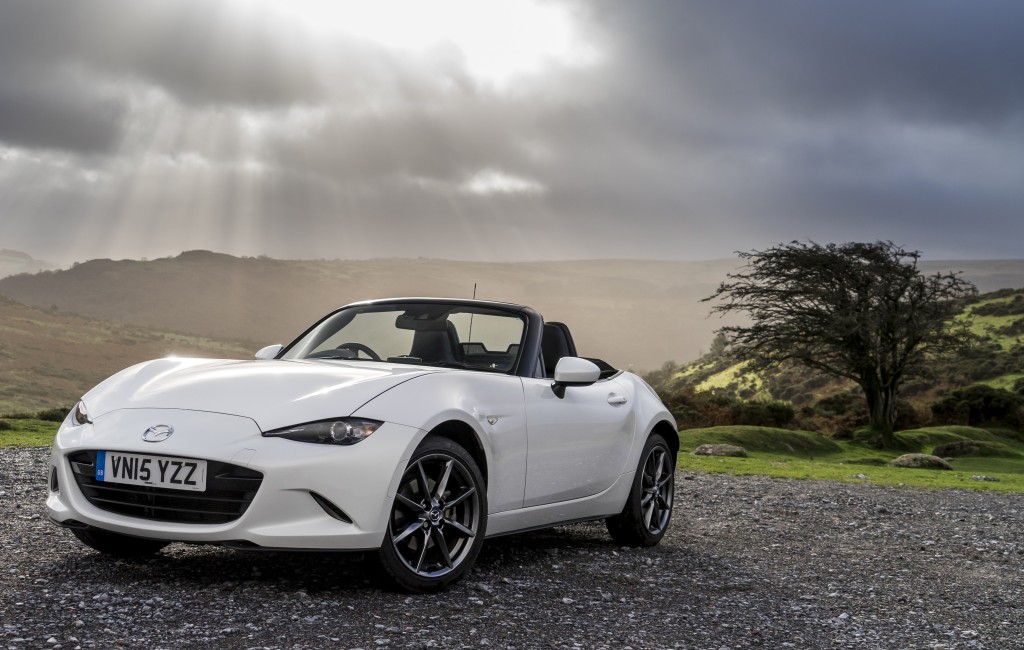 27 years on, the latest iconic little Japanese sports car with its sharper looks still fits the tag it was given over two decades ago when it was described as the most complete and satisfying sports car money can buy.

And to buyers the world over, it still is.

Little more than a handful of changes have been made to the two seater over the years. OK, it’s roomier, more comfortable and has far more kit these days, but it’s still basically the same car that ramped up the cult status tag back in 1989. Just allowed to mature over the years, like a good wine – and it has.

So it’s a concept that has worked well. 50:50 weight distribution, north south engine placement, rear wheel drive, classic two seater design with a long bonnet and short rear end.
Our test car dished up plenty of fun during its spell and even thought the weather was typically British we still managed some top down running as the sun made a short but welcome appearance. 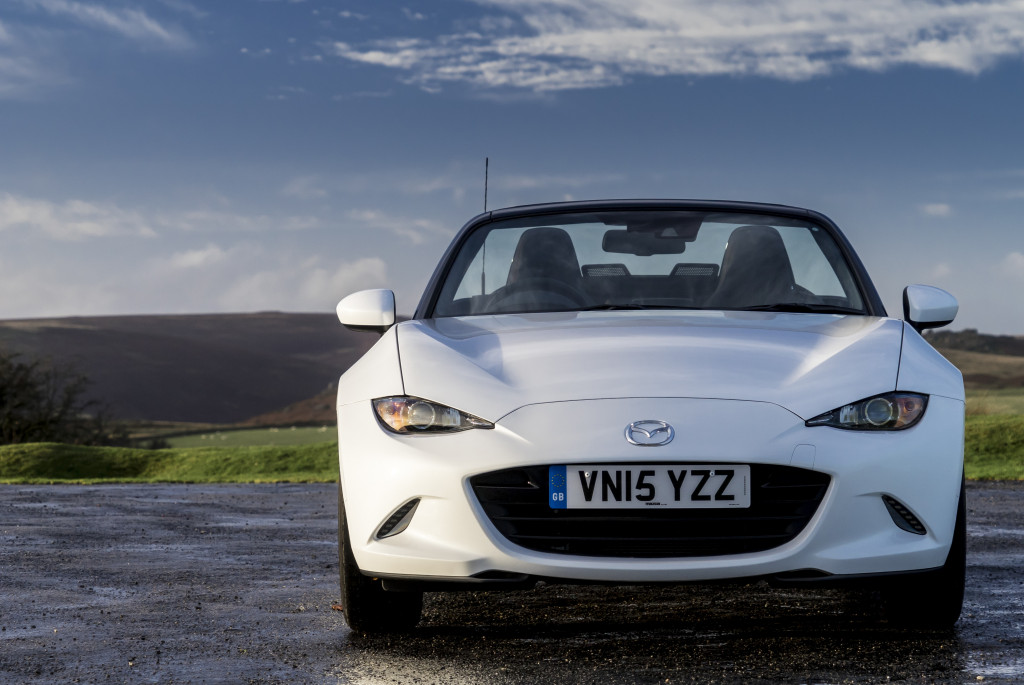 With the aircon not even on high setting and with the side windows up, the roadster showed what a great fun car it is to drive, its punchy six speed gearbox picking the ratios with a satisfying click, and the car displaying its inbuilt ability to corner swiftly and safely. You can have a lot of fun and at sensible speeds.

Tight lanes and tight lines are the MX-5’s forte and show up that crisp handling, as well as its poise and balance. The fact that this is the smaller engined 1.5 sampled here doesn’t dilute the experience either.

It’s quick enough to be entertaining and involving at the same time. Its fuel efficiency is decent, won’t cost a fortune to insure and you get alloys, air con, rear park sensors, a premium Bose sound system and keyless start as part of the package.

Everyone who drives the latest model seems to find an improvement.
I’m no different there. 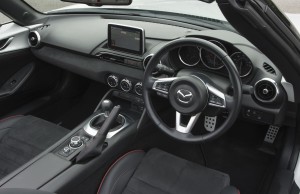 It’s obviously not the biggest cabin in the world but it’s snug for its two occupants. And that snugness is accentuated when you want to make adjustments. Controls for nav screen and radio sits in the centre but it’s quite a long way back so you have to contort your arm a bit to be able to fiddle with the controls, otherwise your elbow comes into contact with the cupholders that sit at the rear of the central tunnel. Solution? Take them out and put them in the stowage locker between the seats.

The engineering philosophy behind the all-new MX-5 has allowed Mazda to retain the agility, fun and engagement that has always defined it, while at the same time ticking the boxes for safety and efficiency requirements, alongside improved refinement.

The lightest MX-5 since the iconic original, the all-new version is shorter, lower and wider than the outgoing car, with the smallest overhangs and lowest centre of gravity yet.
So, light, compact and simple.

The perfect recipe for the perfect affordable roadster.