LIGHTS, cameras, action! We’re on the set of the latest blockbuster Range Rover today and it’s giving quite a performance.

It’s lighting up the way with its big LED lamps, it’s got cameras strategically placed around the big body to give you a view of what’s going on all around, and you’re guaranteed plenty action with Land Rover’s 4.4 litre V8 turbocharged diesel under the bonnet.

As one of the great icons of modern times it’s a vehicle that is much feted – and much bought. 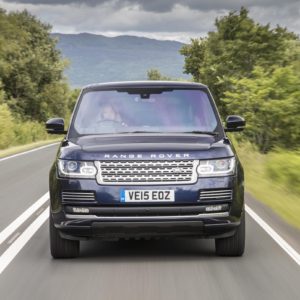 There’s really not much in the way of comparison between the original Range Rover and today’s offering. There was a far more utilitarian feel to the 1970 version, whereas today the accent is very much on luxury.

Both of course are equipped with that go anywhere Land Rover DNA, but if you’re going to spend over 90 grand of your hard earned on the very latest Rangie, then you’re highly unlikely to risk damaging it by taking it into the wilds. 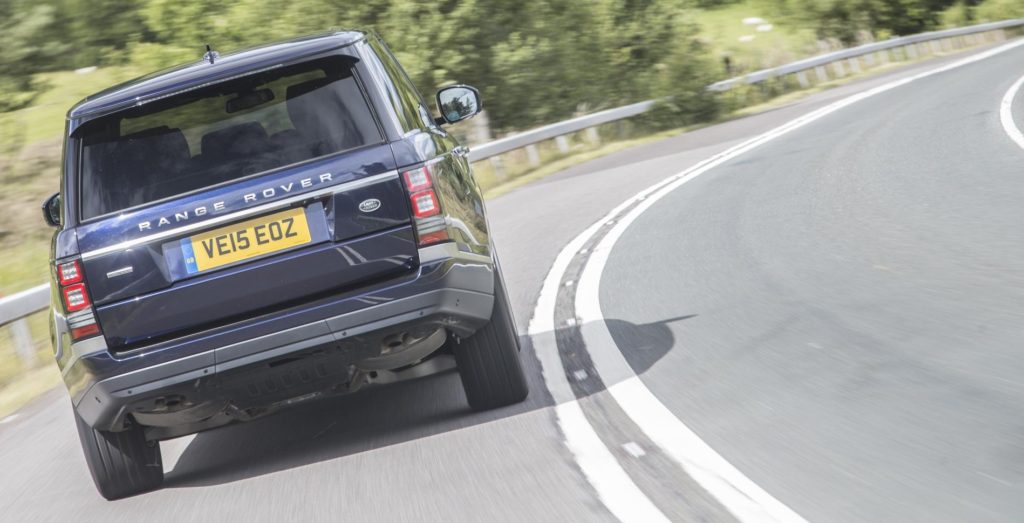 It’s also debatable whether you’ll ever want to take it into a multi storey car park either, where the spaces are not Range Rover friendly and you suddenly become very aware of the massive roof beams holding the structure together because you’re that much closer to them as you sit perched high in the Rangie’s cabin. There’s still plenty of room above the roof of course but you get a totally different perspective.

But if you wanted to, you could. Because the claims they make about the world’s finest off-roader are all true.

Range Rover – despite its sometime Premiership footballers car of choice image – can indeed go anywhere you want it to. And some places you don’t. Like over the top of a hill and into a dip that was so steep only the seat belts stopped my teeth from making an imprint into the windscreen. Of course, it’s a fact of life that most cars are never pushed to the edge of their abilities, and nor should they be on a day-to-day basic. 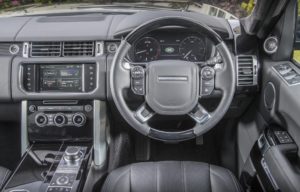 But it is reassuring to know that this car is every bit as good as it’s claimed to be. For quite some time it’s been the discerning choice of motorists who want to buy British because in this instance British is tub-thumpingly best. It’s been praised the world over and if you think you’re going to read anything other than that here then I’m afraid you’re very much mistaken.

The sum of the overall parts usually far outweighs any minus points. And that’s very definitely the case with Solihull’s finest.

The latest Range Rover, in Auobiography trim here, offers a level of interior refinement that divorces you from the outside world, cocooning you in a sea of leather, aluminium, wood, a host of top drawer goodies and unabashed comfort. 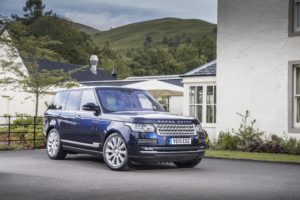 It’s premium with a capital P, classy with a capital C and desirable with a capital D. It’s even equipped with a lumbar support that gives your back a welcome massage after a few miles behind the wheel. At first it’s a bit akin to having an annoying kid constantly kicking the back of your airplane seat (we’ve all been there) but it becomes rather addictive. And relaxing. Which is what this car majors on.

They have managed to shave an astonishing 420kgs off the weight of the previous model – the equivalent weight of five adults – by ditching old fashioned steel and giving the new Rangie an all-aluminium body crafted at a new state-of-the-art facility in Solihull. It’s an incredibly smooth operator with plenty of grunt for quick, safe overtaking, and will put some sports cars to shame with its 5.1 second 0-60 acceleration.

Yet progress around town can be near silent, and that’s commendable and noticeable from the spacious and luxurious interior. Land Rover’s Terrain Response 2 system makes its debut here, a seemingly complex setup but if you leave it in auto mode – and I’m guessing here most of you will, after an initial foray into its book of capabilities – it’ll sense the terrain or slippy surface and adjust the air suspension, diffs and throttle settings to ensure progress isn’t hampered.