FORD’S S-MAX is a car that to some doesn’t know if it wants to be a people carrier or an oversized estate.

But whatever your perception there’s one thing that’s certain – it fits the bill for those who have started a family and want the best of both worlds; a large car, but also a drivers car.

Its more pleasing profile means it’ll sit on your drive looking a lot cooler than a boxier MPV.

It now comes with a much more distinctive profile, almost good looking if you could possibly bring yourself to label something this big in that fashion, and with a bigger all round feel.

So thumbs up for the park sensors front and rear that came on our test car, a Titanium version with the highly commendable 2.0 litre TDCI 150ps diesel engine, the like of which you would be happy to drive all day.

Its time in our hands took in a wide variety of UK roads – wide, narrow, twisty, fast, smooth and your average British surface, the badly repaired and potholed variety. 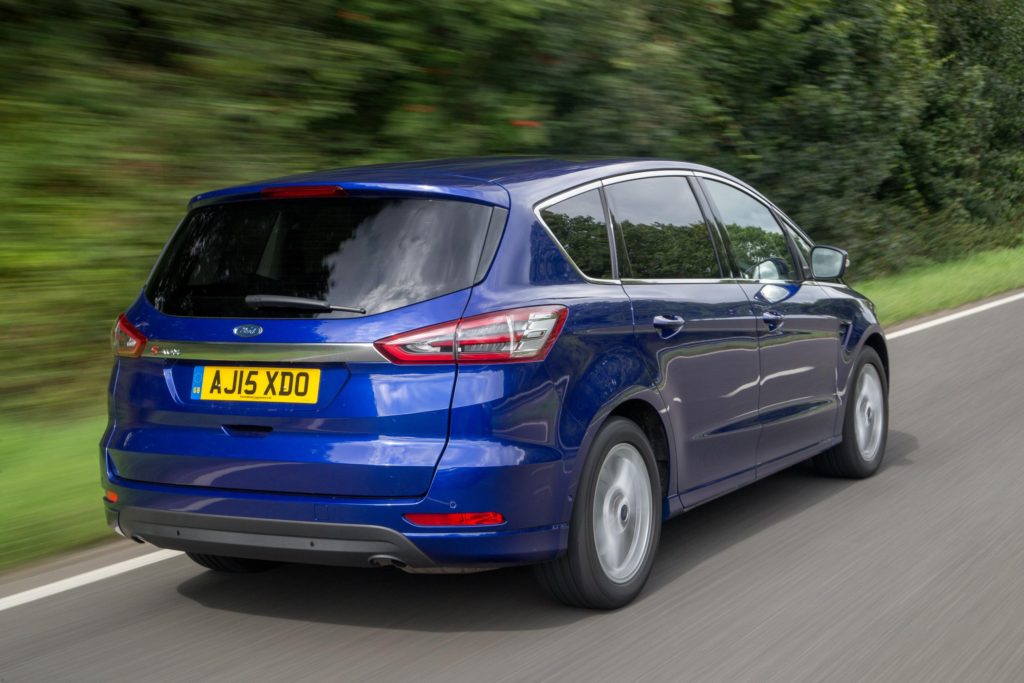 None of them showed up the S-Max in a bad light, so we can deduce it’s an all round smooth operator, with very little bumping or crashing about from the suspension. While some sound like a drawer full of spoons, the Ford is relatively serene, which is good for those aboard.

It never seems to have to work very hard to get you going, the 2.0 TDCI having plenty of low down torque when needed.

The S-Max has the ability to swallow vast amounts of unwanted household items. And I mean vast amounts. Just ask the bloke at the recycling facility who watched us unload it.

And then there’s the ability to swallow set after set of golf clubs when it’s your turn to drive.

It’s all made so much easier with Ford’s fold flat system for the rear seats. No longer do they have to be removed as in the past to optimise the load capacity. Just a tug and a push and they fold flat to the floor, or if you can’t reach, there’s a row of electric buttons just inside the rear hatch to make it even easier. 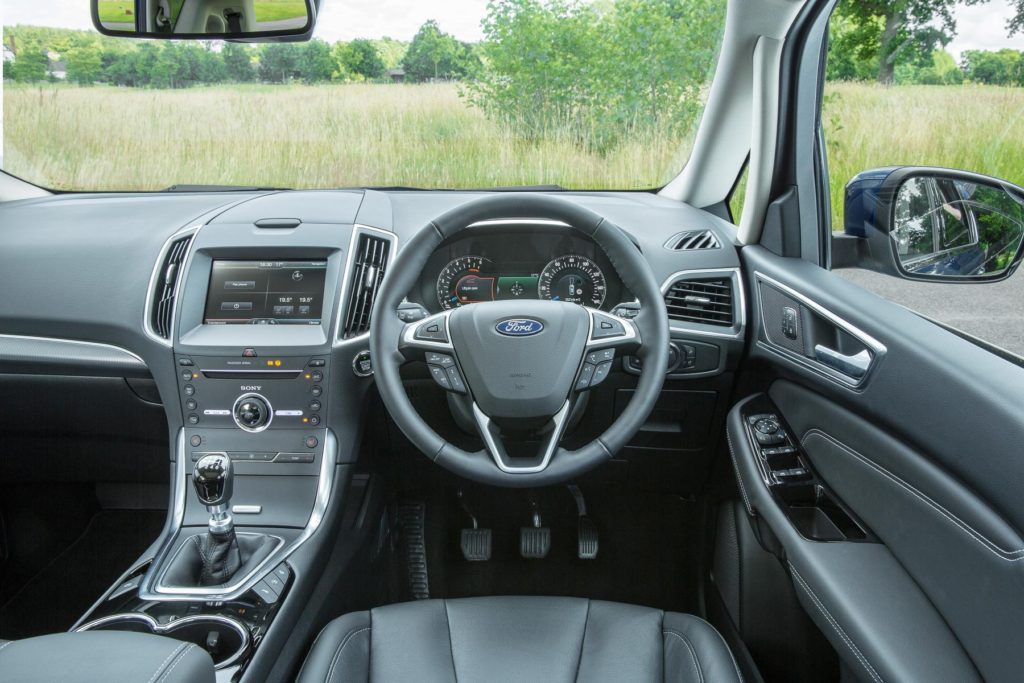 A fact that ticked the right box for those that had to use them was that the rear seats are now infinitely more comfortable than those in earlier versions.

In fact those up front will also appreciate the comfort of the seating, the driver particularly well located behind the wheel with plenty head and legroom.

There are clear and easy to read dials, switches are easy to locate and the steering wheel has a variety of controls for the audio system and trip computer make for a good working environment when you’re behind the wheel. And a good view of your surroundings is an obvious bonus.

But the biggest bonus for me is that there was a distinct lack of the shiny plastic that used to be spread across your average Ford dashboard. It all looks a lot classier these days.

Keeping your family safe these days is a given and there is the full gamut of necessary equipment aboard, with airbags aplenty, ISOFIX attachments, rain sensing wipers and much more.