SOME have dared to label the styling of the new Suzuki Baleno as dull which leaves me wondering what pieces of motoring exotica they drive on a day to day basis.

Because to my eye there’s not a lot dull about it at all. OK, there are superminis wearing sharper suits out there when it comes to oozing latent good looks – but then they can’t really offer up what the Suzuki does in above average interior space.

I like cars that challenge the norm like this one does, and it would be many a mile before I got fed up of hearing that little three cylinder one litre engine buzzing away under the bonnet.

It might lack a touch of refinement but it’s a good measure of just how far engine technology has come in recent years. We’ve had three pots before but they never performed as well as this one does. 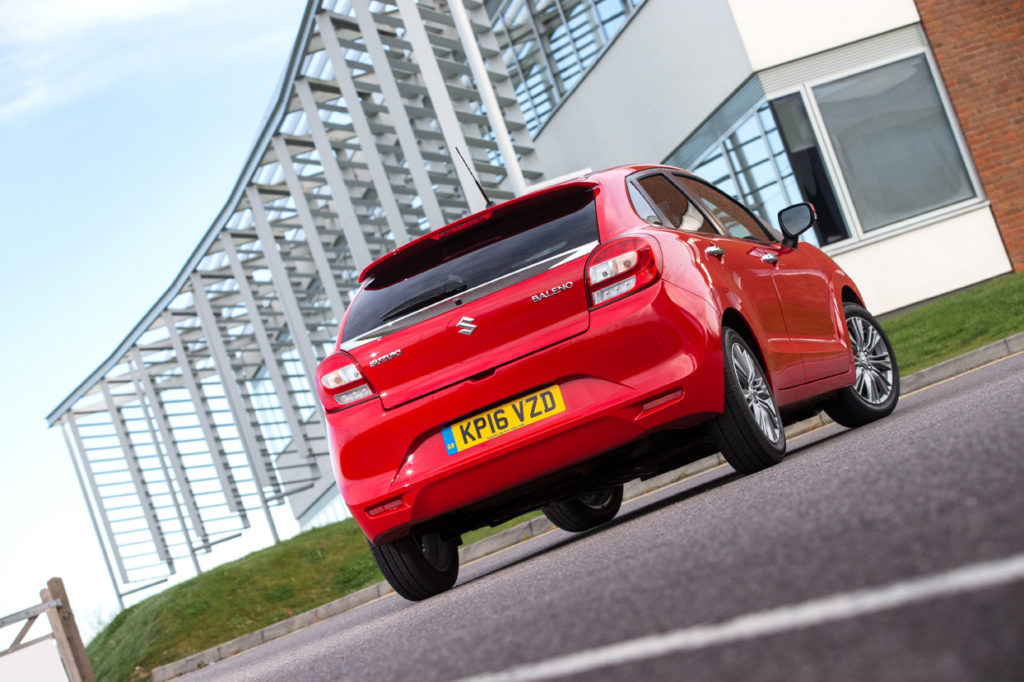 It’s the second application of Suzuki’s Boosterjet technology and the all new Baleno went on sale in June. It’s a cracking little engine that offers pretty well the same power and torque of a much larger capacity normally aspirated engine.

To attract customers it comes with a lot of kit – you get sat nav, Bluetooth and air con as standard on all models in the range that’s priced from £12,999 to £15,349 with the 1.0 litre engine, while there’s also a mild hybrid available in the guise of the four cylinder 1.2 SHVS (it stands for Smart Hybrid Vehicle by Suzuki) for £13,499.

Baleno is built in India, so it’ll have already covered a few miles before you get yours, and at 3,99 metres long it’s bigger than its Swift stablemate, offering more interior space and a bigger boot to those who need it. 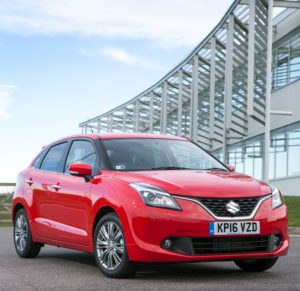 You get the distinct impression it’s a light car the moment you pull the door shut. There’s no solid clunk – more of a tinny ring to it, but shedding the pounds has the desired effect in making it pretty agile, pretty responsive and a bit more efficient too.

And you feel it through the steering too – great around town where you can effect quick changes of direction when needed, but a bit uninvolving out on the open road.

In fact the basic shell structure of the car weighs just 196kgs which is the lightest in the B sector hatchback class. There was time not so long ago the industry felt that was impossible to attain.

Despite all that there’s a feel of solidity, though the rear view mirror on our test car – set a bit too low on the screen for my liking – had a habit of vibrating, indicating that things might not be as rigid as they could be. 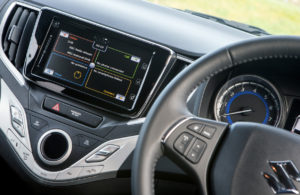 Plenty of room up front also equates to decent space behind the front seats, even when they are set right back.

Baleno’s kit list also includes a Radar Brake Support (RBS) system sampled earlier this year on the Vitara S which scares the bejazzers out of you the first time it hollers out its warning.

In fact it’s high level of equipment could be the clincher for some.

The supermini market is still booming so Suzuki are right to launch what is a very creditable small car and cash in on their expertise in this sector of the market.