EVERY now and then you get a moment in a car when the lights come on and you’re left wondering ‘why don’t others do that?’

And the problem in the past has been with some importers that they’re set to sweep for left hand drive cars, which leaves a big patch not being cleared properly when said car is converted for right hand drive use. Ie here.

So hats off to Vauxhall who have covered all the bases by pivoting the wipers right AND left on their new Astra Sports Tourer. Result? A clear screen whichever side of the car you’re doing the driving from. And you can’t say that about everything you can buy to drive. 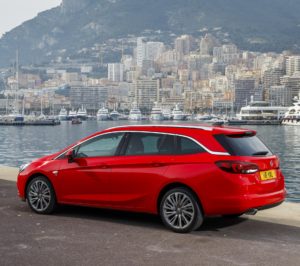 It’s just part of the attention to detail that helped win the Astra the European Car of the Year award.

While a Sports Tourer is usually thought of as a workhorse, in the way the good old fashioned estate car was, with the new Sports Tourer there’s a good balance of style versus function.

The new roof line looks a lot lower than it actually is so while there’s a bit of deception in the styling the truth is there’s a lot of interior space available. There’s an ADAM-like flick at the rear to the chrome strip that adds to the profile of what is a smart looking tourer. 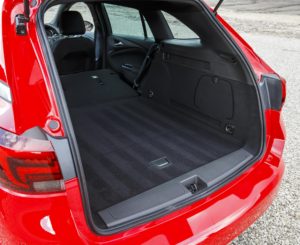 Astra is an important car to Vauxhall’s fortunes – one of their three in the UK Top 10 sellers, along with Corsa and Insignia. It’s not just a fleet car either, finding favour with a lot of user-choosers for its tidy looks and user friendly antics. And user friendly it is in Tourer guise, with a decent sized load area made even bigger with the rear seats down.

There’s nothing worse than being bounced around inside a car as you go about your business of driving from A to B via roadworks at C. Actually there is, but we won’t go into that here.

So if you get a chance to drive the new Astra Sport Tourer get behind the wheel and you’ll fully understand what I mean because there’s a feel and fluidity to the steering that makes the Astra a joy to drive.

There’s a great feel in general about the car, which gives you the confidence in the car that’s vital for safe motoring. 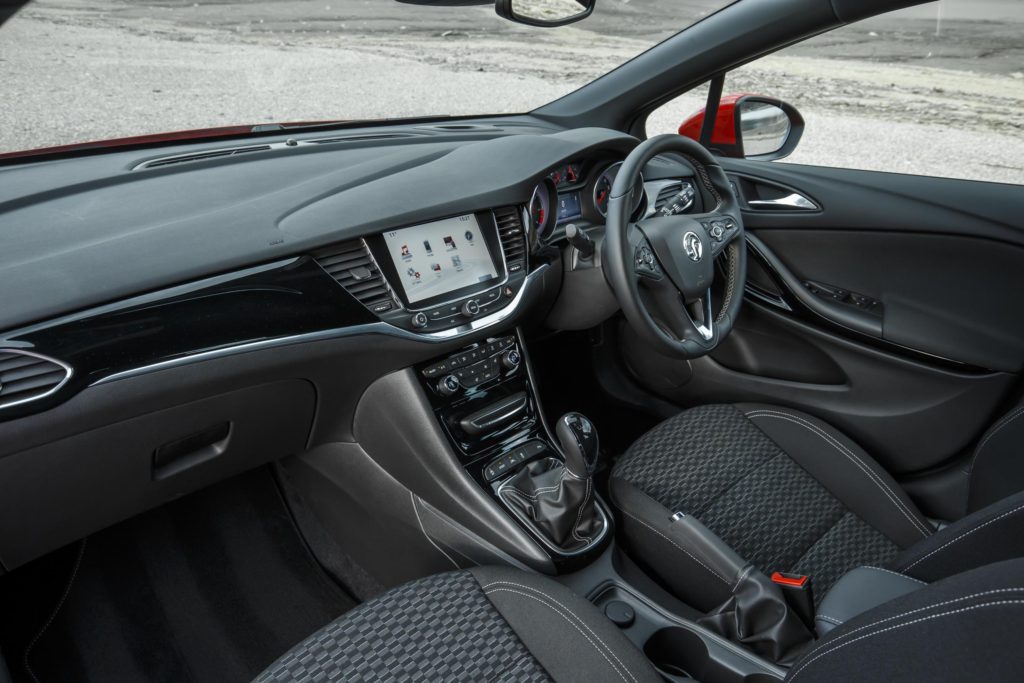 Even the German Opel chaps use UK roads and British expertise from Vauxhall’s Millbrook based team to hone the handling of their cars which, given the quality of the average autobahn, must seem to Hans like he’s driving on air.

Astra has an interior quality that gives it a true premium feel. The classy finish it now has puts it a few steps ahead of its class rivals and there’s no overtly plastic feel here any more. It’s even got its own built in wifi zone and Vauxhall’s award winning Onstar package, and in SRI trim there are plenty standard features on board.

Sampled here is the efficient 1.6 CDTi BiTurbo engine, serving up 160ps and 350Nm of torque – it has that typical diesel clatter when you turn the key and while it never fully goes away it dumbs down enough not to be a constant annoyance.