BMW have been at the cutting edge of electric car engineering for a few years now – witness the i3 hatch and i8 supercar.

But you can also go more mainstream with the 330e – the traditional four door sport saloon that comes with its own electric propulsion that gives you a 25 mile range in zero emission mode.

The undoubted quality of the current 3 series Beemer makes it an attractive proposition – but more so for the business user rather than Mr and Mrs Private Buyer. 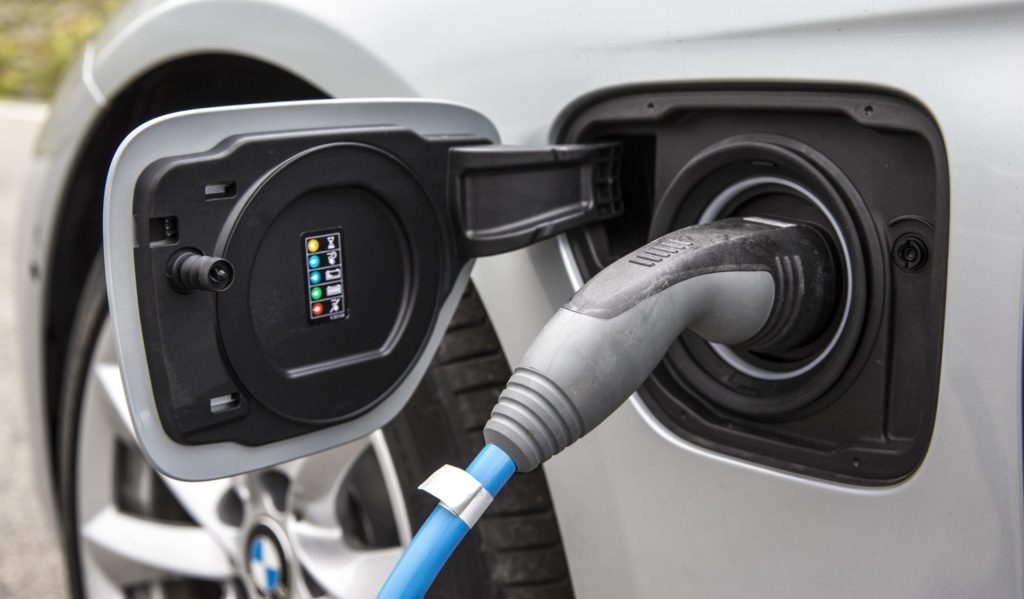 Unless they wear open toe sandals, eat raw veg and are very eco minded. And even then it isn’t exactly over eco’ed – a 25 mile range at up to 50mph might fit the figures for ‘travel to work’ that are oft quoted but you’ll probably still be relying on the good old infernal combustion engine under the bonnet, so what’s the point? £33,455 (before you delve into the extensive options available) is a fair old price to pay for a conscience that probably won’t be salved.

This one is aimed fair and square at businesses and user choosers as the BIK tax rating is just five per cent which is over 15 per cent less than the standard car.

Quoting fuel consumption figures into the hundreds is all very well, but when the display in front of you never gets very much north of the low 40s you begin to wonder how car manufacturers get away with it – and why we keep getting suckered in.

Maybe they can actually do it – but not in normal driving conditions on normal roads in normal traffic. 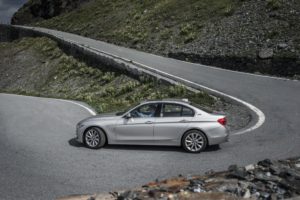 But don’t let all that cloud the fact that the 330e is a very fine car, with pin sharp handling characteristics – such a vast improvement on the rear wheel drive versions I cut my motoring teeth on that were about as predictable as Donald Trump.

And inside we’ll switch the ‘fine’ tag for top quality. The seats are superb, the finish exemplary and while there are a lot of buttons and switches, the dash somehow doesn’t look overcrowded.

BMW’s central mounted control screen is more oblong than most but conveys clear information, controlled by the master dial in the centre console.

It’s a powerful enough machine if that’s your thing, with 249bhp and 420Nm of torque on tap, delivered through a smooth shifting eight speed auto box.
Consider the kerbweight is some 200kgs heavier than the model it’s based on and the claimed 0-62 time of 6.1 seconds is impressive.

The only clues to its green status are subtle eDrive badges on the C-pillars and an extra filler flap in the front wing for charging, otherwise it’s just another 3 series. Using a domestic socket it’s supposed to charge in three hours.

And the boot space suffers, losing 100 litres of space to accommodate the lithium-ion batteries. 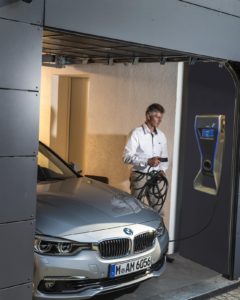 Inside the 330e is just the same as standard models but for the eDrive button behind the gearlever, while there’s a small power gauge just below the rev counter. No noise whatsoever when you press the start button obviously as it kicks off on electric power, and the petrol unit joins the fray seamlessly when needed.

But you’ll need to be fully committed to the eco movement as a private motorists to even consider ownership.

It’s an interesting car but like many of this ilk they have a way to go yet before they get the undivided attention of significant numbers of motorists.