IT’S one of the most hyped up and talked about cars in Jaguar’s recent history – the tongues have been wagging, the computer keys being mercilessly pounded.

And why? Were they ever likely to produce something that wasn’t up to the high standards the Solihull manufacturer sets?

To my memory they’ve never produced an out and out embarrassing bloater, and the F-Pace certainly isn’t one.

The maker of luxury saloons has successfully completed the first foray into the burgeoning land of crossover SUVs. 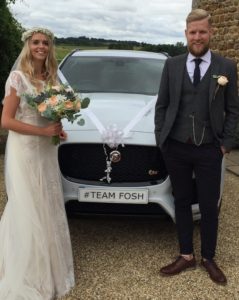 It combines great styling and plenty of onboard room with pretty decent performance, especially in the four wheel drive 3.0d sampled here which also doubled up as transport for a VIP (Very Important Princess) on her wedding day. The bride was a wow, and the stylish F-Pace attracted plenty of attention too with its gleaming Glacier White paintwork.

The car is as luxurious and comfortable as you’d expect a Jaguar to be – all agreed on that – and while it’s up against some tough opposition in the Audi Q5 and Porsche Macan, it’s more than capable of racking up sales for Jaguar, which is the object of the exercise.

It’s the build quality that hits you first, more than living up to the expectation that there will be Jaguar DNA in there somewhere. The cabin is luxurious, comfortable and well insulated from what’s going on outside.
There’s an ambient lighting strip on the doors that gives it an even cosier feel as night draws in. 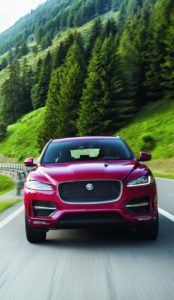 Three engines are available, the 2.0 diesel coming in either rear or 4WD, while the 3.0 diesel and supercharged petrol having 4WD and an eight speed auto box as standard.

The big diesel is a mover, capable of the sprint to 60 in under six seconds if you delve into the 700Nm of torque that’s available, and on to over twice the legal limit here, yet the combined fuel consumption is claimed to be in the high 40s. The eight speed auto box is a smooth shifting piece of equipment, helping deliver the pace without any undue fuss.

Ride quality is up there too, though the huge 22 inch alloys fitted here as a £1,600 option, can accentuate the poor quality of the road you’re on but in the main, on a decent surface, the progress is serene. And boy, do those wheels look good! 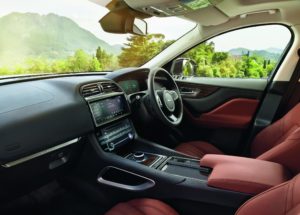 Fully loaded up – and by that I mean around 20 cases of wine and beer for aforementioned wedding – the F-Pace felt even smoother in progress, so you should have no fears packing the family in for a lengthy trip with assorted luggage.

It’s an impressive package, and probably all the more so because they’ve done it all themselves, without taking the easy option and ‘borrowing’ from their Land Rover stablemates.

Exceptionally well equipped, stylish and above all else practical, it’s without doubt also one of the best looking SUVs on the market today.

Who wouldn’t want one parked on their drive? 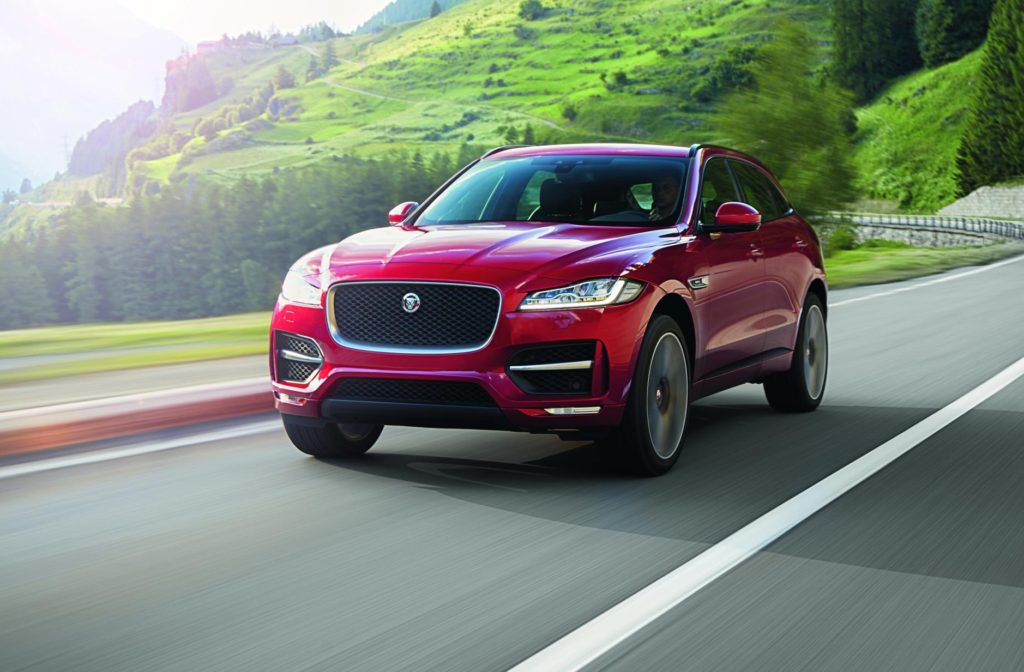