EARLIER in the summer we were being warned to hold fire on the chequebook if we were in the market for a compact SUV – there was an upstart on the way.

That upstart was SEAT‘s first foray into the market, the Ateca (A-tee-ka). Now it’s here and the warnings were on the ball. It is, to my mind, better than expected.

It does everything the rest of the pack does, but where it proves to be the new leader is in its pricing. It’ll cost you less than the best of the rest and is it’s based on the hugely popular Leon it can’t really fail to be a good all rounder.

Look around inside and out and there’s a lot of Leon in here which can’t be a bad thing. 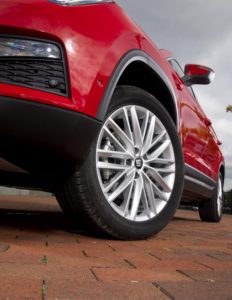 Ateca sees the start of SEAT’s biggest ever product offensive. And interest in it has been exceptional, they say, with an order bank building up before the car had even arrived in the country. Demand therefore might initially outstrip supply.

We tested the new car out in relatively slow moving traffic in the Greater Manchester area on the UK launch, which was about as slow moving as the United defence of late. And you’ve no idea how much it pains me to write that.

The eye opener in the range is the three cylinder 1.0 115ps unit which sounds on paper like the skin and the rice pudding won’t be parting company any time soon. But it’s a cracking little engine, and SEAT’s expectation that it will only account for 10 per cent of Ateca sales surprised me and other motoring journalists. 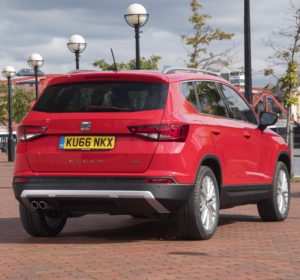 I think they might be surprised themselves by the response to it once people get the message. I coaxed it up to 41mpg on the launch without trying too hard, et it still displayed a decent turn of speed when needed. A small engine yes, but a very efficient one though Mr and Mrs 2.4 children plus dog might want a beefier unit under the bonnet. And they do get a decent choice.

Steering is a shade lighter to the touch on the petrol 1.0 and 1.4 units against the 1.6 diesel sampled but they all feel well set up for use on UK roads with their speed sensitive electric steering system.

The standard fit auto park brake works well and came into its own in the aforementioned heavy slow moving traffic.

There are five frugal but responsive engines available and five trim levels, starting with S at £17990 – a price that undercuts the class leading Nissan Qashqai but quite a few quid. 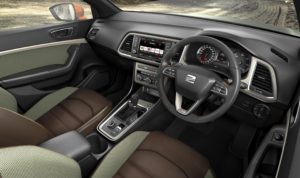 SE will probably prove the most popular with its £19590 start tag.
You can opt for manual or DSG gearboxes (the latter on TDI engines) and also on the sales list is a four wheel drive variant.

The Leon link is obvious but they’ve moved it on. Even the LED headlights are 40 per cent brighter than the current Leon, and the space and room available is also improved.

And the bad news for the opposition is that there will be a baby version of the Ateca coming along late next year. 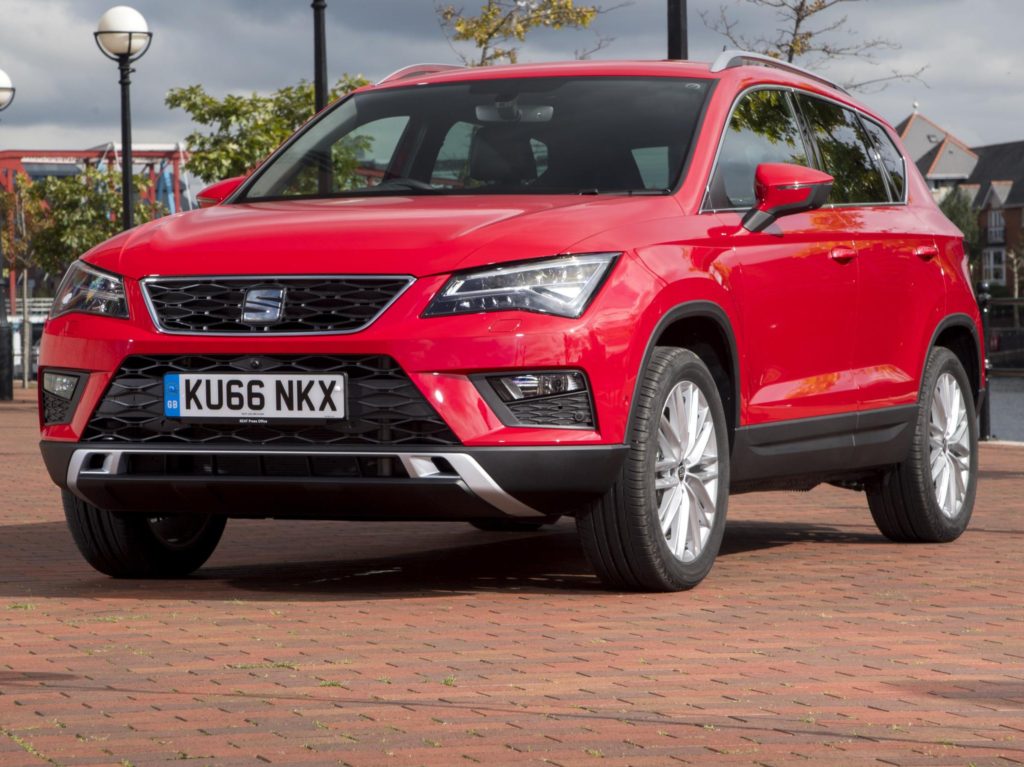