RENAULT’S Scenic was the car that, back in the 1990s, invented a class of car that has captured the hearts and wallets of the motoring public.

And now it’s got a lot more scenic – its new for 2017 distinctive profile has given it a much needed boost in a sector where there are a lot of similar machines vying for attention.

With the C segment mopping up one million sales across Europe each year, it’s a race you’ve got to be in.

With its stylish stand out looks, Scenic is moving the game forward. 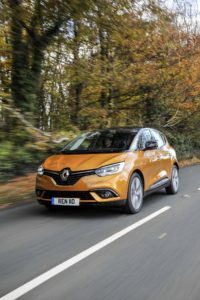 And it’s interesting to note that the original concept car actually incorporated ideas that the children of the designers put forward as desirable features to have in a car.

Its appeal then was that it was a car that had levels of interior space and versatility that other C segment cars couldn’t offer. Many now do, and we should doff our beret to the French manufacturer for changing the way the industry subsequently catered for the needs of the modern motorist.

Many of those original features still exist in today’s cars. Well over six million have hit the roads worldwide and this fourth generation version is a stunning looking charabanc for what is a C sector MPV, sitting on its standard across the range 20 inch alloy wheels.

Ride quality has that typical French wallowy feel to it. On a bumpy road it can be a real benefit, helping to smooth out the rough bits, but there’s still a certain amount of firmness in there to make sure things don’t get too sloppy. 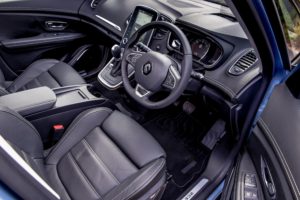 There’s a nice downward sweep to the dashboard and, coupled with the large glass windscreen, there’s a light and airy feel to the interior.

The centre armrest is moveable, and sliding it backwards reveals a couple of previously undiscovered cup holders. 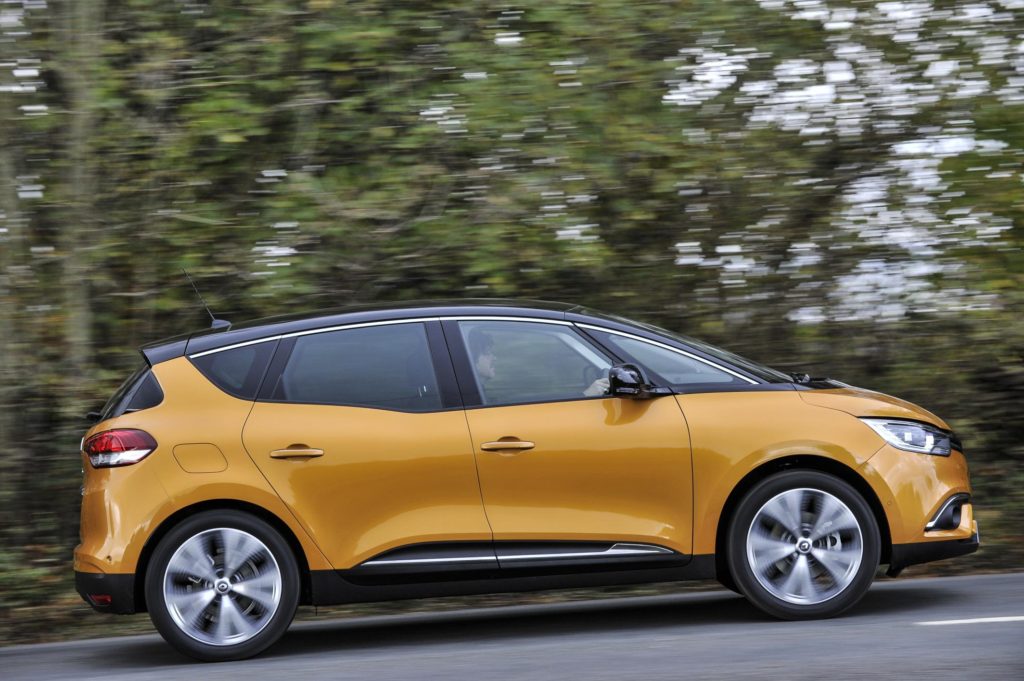 When it comes to safety, it’s up there with the rest – a highly rigid body shell, six airbags, large disc brakes all round that certainly throw the anchor out , ABS with EDB, ESC with traction and understeer control, as well as lane departure warning, traffic sign recognition and automatic high/low beam headlights as standard.

Prices are from £21,445 for a very well equipped car available in four trim levels. Connectivity is a key word in the spec, with USB sockets front and rear, and the dash is dominated by a large 8.7 inch portrait touchscreen which gives you clear and instant information.

And in a world where the motoring trend is downsizing, the French are still seting off in the opposite direction.

Some might say much like some did when faced with the might of the Third Reich nigh on three quarters of a century ago but in 2016 they’ve shrugged a Gallic shoulder and thought big.

In this case with the Grand Scenic. 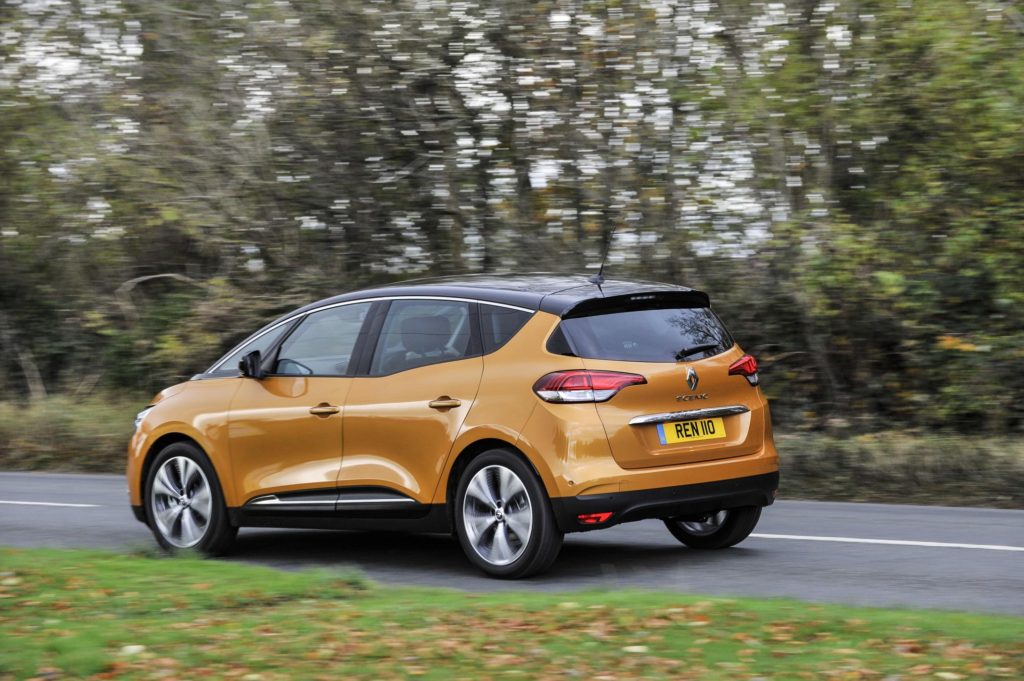 Always the innovators, Renault have persevered with a car that effectively bucks the trend – an even bigger compact MPV.

It gives you all the benefits of the Scenic but with an additional row of easy fold down seats at the back in its longer body.

Our test mule came with Renault’s dCi 130hp engine under the bonnet, coupled to a smooth operating six speed manual gearshift. The telling figure is its 320Nm of torque which gives it the ability to pull strongly away from lights, junctions, roundabouts and oiks in tweaked superminis. 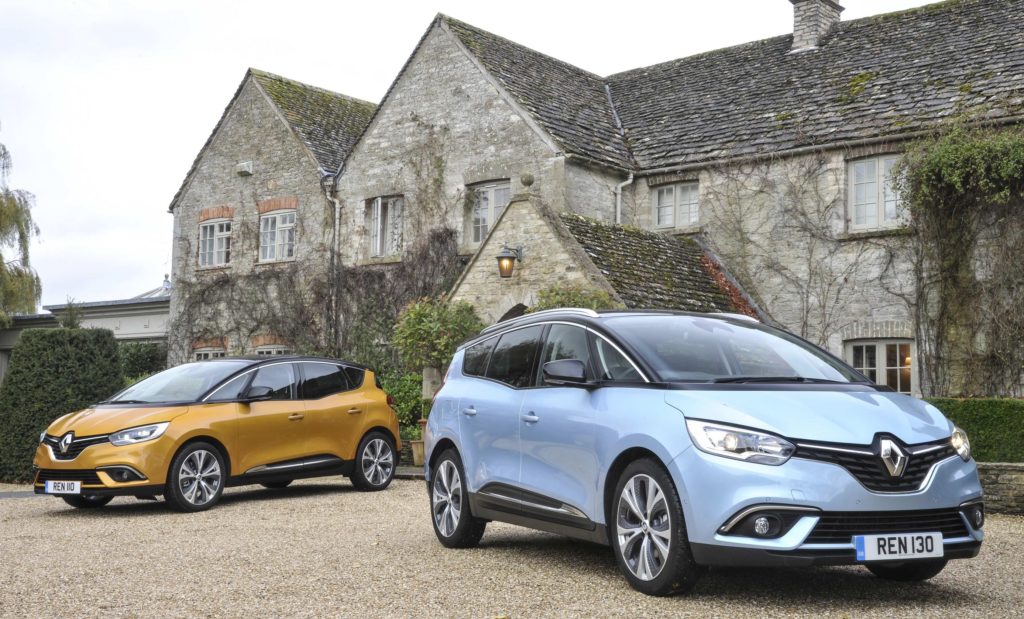