THERE’S one thing I really, really like about the new SEAT Ateca – and that is it’s just like the SEAT Leon. 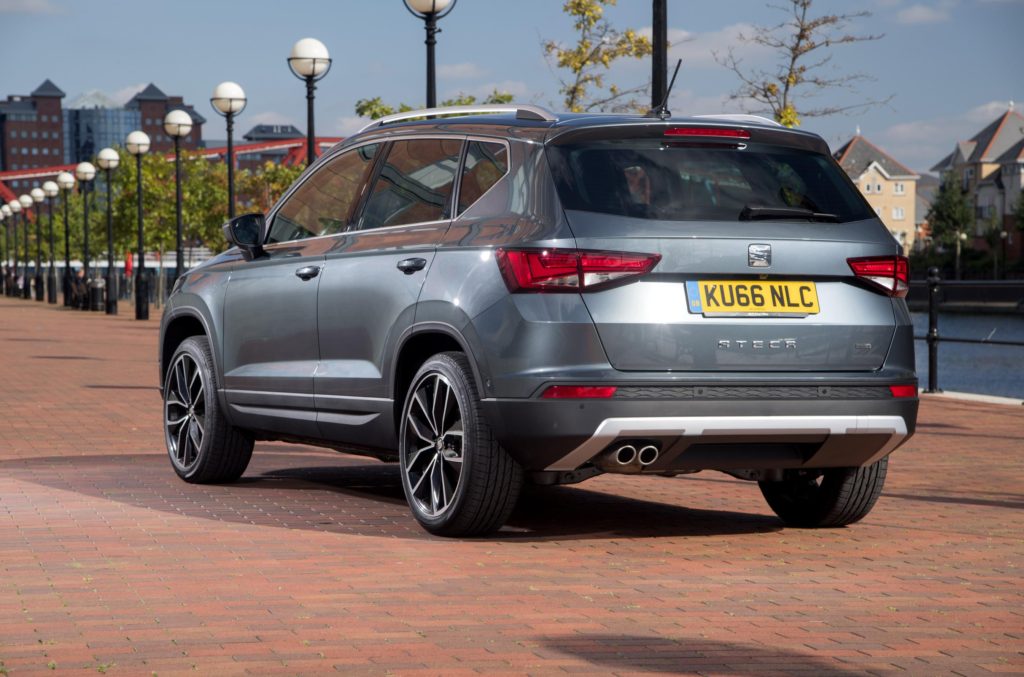 Everyone’s doing it and SEAT have been relatively late in joining the trend that was headed by the Nissan Qashqai and contains some tough competitors like the Renault Kadjar, Kia Sportage and Hyundai’s Tucson. But the Spanish bided their time, did their sums, saw what was good and what wasn’t – and effectively came up with a Leon on steroids.

Ateca borrows much from the popular hatchback but it is, in the final analysis, most definitely a model in its own right.

There are five frugal but responsive engines available and five trim levels, starting with S at £17990 – a price that undercuts the class leading Qashqai by quite a few quid. SE will probably prove the most popular with its £19,590 start tag.

If top of the range is your thing then you’ll be looking at the XCELLENCE 4Drive variant at around the £30,000 mark, which in the case of this week’s test mule, was specced up to over £35k with a few extra toys from the catalogue.

Not that it doesn’t come fully loaded anyway. From the ideally located drivers seat and its generous helping of head, leg and shoulder room you have command over a cabin with an impressive list of standard kit, much of it controlled from the eight inch touchscreen. 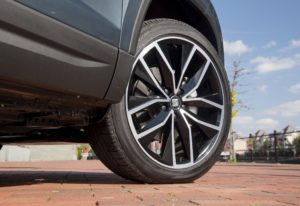 The ‘standard-on-SE-and-above’ SEAT Drive profile gives you a number of options to set Ateca up to mirror your own preference – for example, Sport will add a bit more weight to the steering, which has a light feel to it in normal mode, and switch the gearing so ratios are held a bit longer. Other options are Eco and Individual, all via the dial in the centre console.

That area is neat and tidy with an electric handbrake switch, another for the hold function and a couple of cup/bottle holders. And in the 4Drive version, you also get Snow and Off-Road profiles, as well as Hill Descent Control.

As a basic premise, the handling is light and precise with a distinct sporty feel, and it makes it an easy car to pilot. 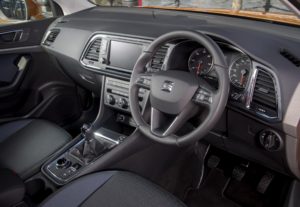 And it certainly plays up to the Utility tag in the SUV acronym, because there is a lot of room inside which allows it to fit the bill for a multitude of uses. There’s a double floor in the boot to help keep things organised and out of sight.

Ateca also majors on the safety front, with every version getting Front Assist with City Emergency Braking and Pedestrian Protection, Tiredness Recognition and ESC.
Push button start, an electric tailgate Park Assist 3 and the unique puddle light than shines an image of the Ateca on the ground are all features that help put the U in user friendly.

And next year there’s going to be a baby version based on the Ibiza. Choices, choices…. 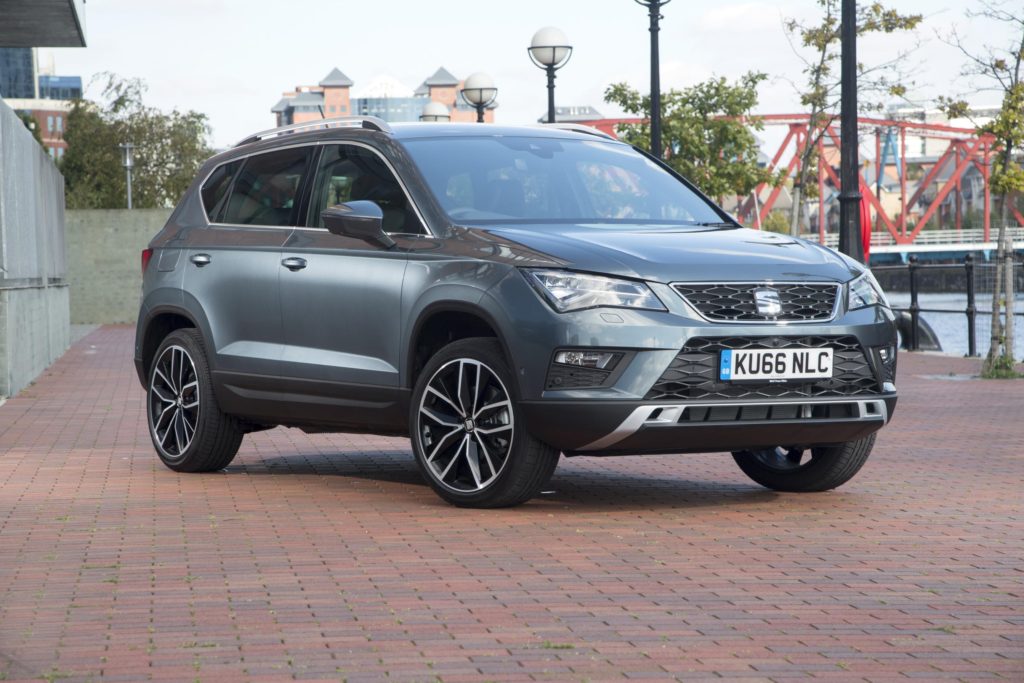