PICASSO: a name that conjures up on the one hand some surreal and memorable paintings – and on the other a car that fell from the top of the ugly tree and got a damn hard slap from every branch on the way down.

The latter is not something you’re going to get all dewey-eyed and nostalgic about, but in years to come the latest Citroen Grand C4 Picasso might leave more of a lasting and appreciative impression on motoring history.

I like the new Picasso. It has some worthwhile hints of Citroen’s past here and there. It’s comfortable in that Citroen upholstered sort of way, drives well and has a level of user-friendliness missing from cars that purport to be just that.

The Grand C4 Picasso isn’t really an excessively large car – it just feels that way due to the acres of space inside and its seven seat capacity. But in reality it doesn’t take up any more room in a car park than a decent sized hatchback thanks to its tidy packaging. 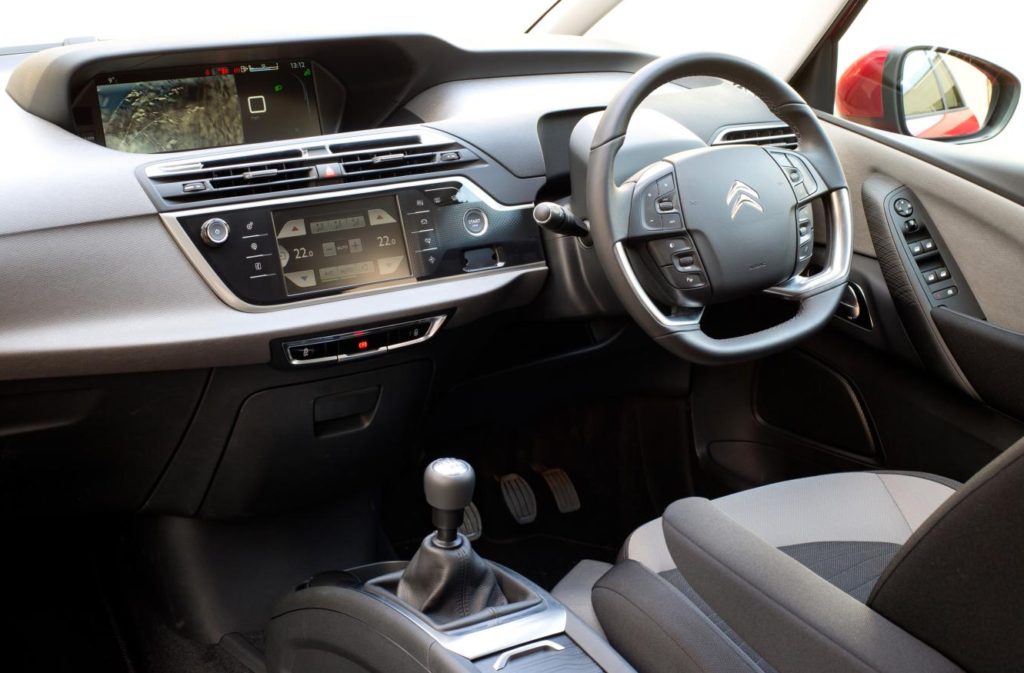 There are smart touches to the exterior, like the continuation of the brushed alloy roof rails back and round the rear C pillar, although the use of the same material on the steering wheel inserts gives it a slippy feel that does not a lot for your grip of the thing.

The huge front panoramic screen is retained on the latest version – unique in this segment of the market – and has a small blind at the top edge which can be slipped up to make it ever huger. Coupled with the large sun visor you can either successfully shade yourself from the ultraviolets or marvel at the clear view of the birds flying overhead.

Up to the minute and digitally dominated is the large 12 inch centre mounted instrument panel, which thankfully can be dumbed down at night from its daytime orangey hue. The screen may not be to everyone’s liking but it certainly catches the eye and once you’re used to it, you can’t deny its clarity.

For a relatively sizeable car with a 2.0 litre turbo engine, it gives a good account of itself, with an acceptable turn of speed and plenty of torque available through the gears to make overtaking and pulling away from junctions a less squeaky-bum affair. Overall it’s smooth and refined and does its job of ferrying you, your passengers and their luggage around in comfort. There is a modicum of body roll but not really an unsettling amount for either the car or you.

The brakes do feel at times over-responsive, which some might deem a good thing, but it takes a little time to learn not to press the pedal too firmly. 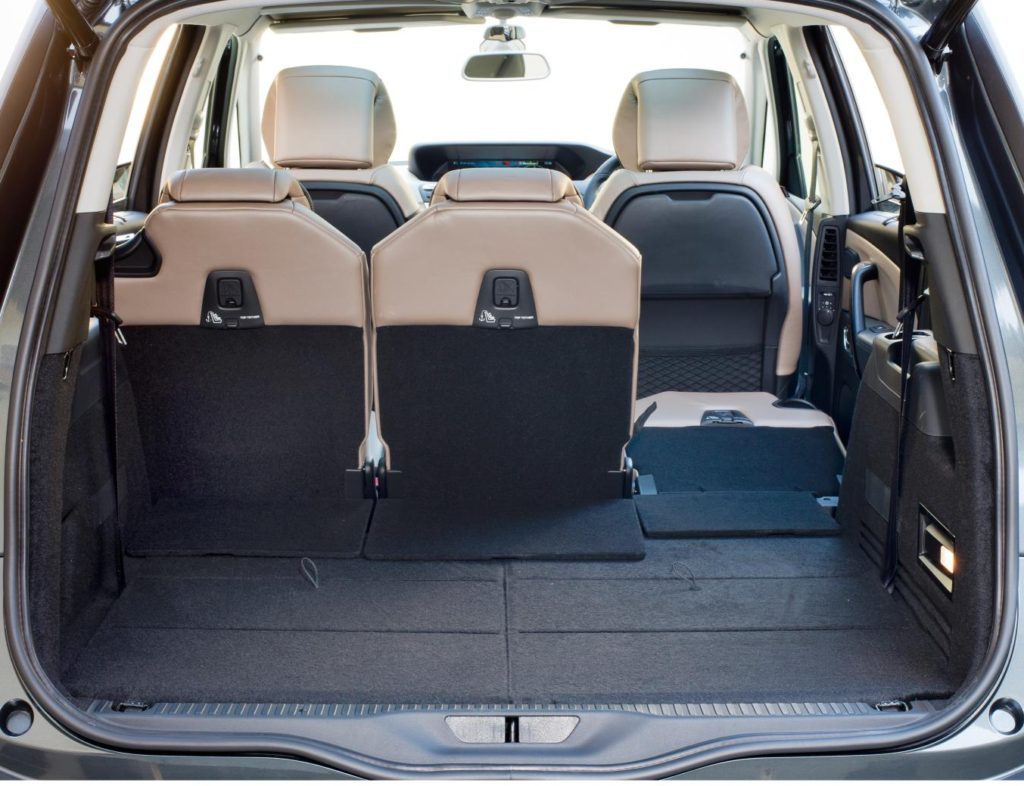 In the rear, to justify the ‘Grand’ tag over the smaller C4 Picasso, you’ll find a couple of folding seats, bringing the carrying capacity up to seven and which are simple to use.

All this in a light and airy cabin, helped by the standard panoramic sunroof and big front quarter light windows.

Trim levels available are Touch Edition, Feel and Flair – the latter sampled here and arriving with a lot of kit for the boys to enjoy.

I said it once before and don’t mind repeating it – the new C4 Picasso is a masterpiece of French motoring design, proving you can turn a glasshouse into a stylish piece of equipment people might actually WANT to buy for its futustic looks above its undoubted practicality.