VOLVO’S growing reputation for buliding fine cars means that radar screens in all sectors are lighting up to their presence.

And none more so than in the big executive saloon class, where their latest S90 lays its cards firmly on the boardroom table as a viable alternative to the BMWs, Audis and Mercs that have occupied the prima parking spaces in the corporate car park for quite some time.

S90 is a replacement for the ageing S80, but there are few similarities, the newcomer being a very significant leap forward in terms of quality. 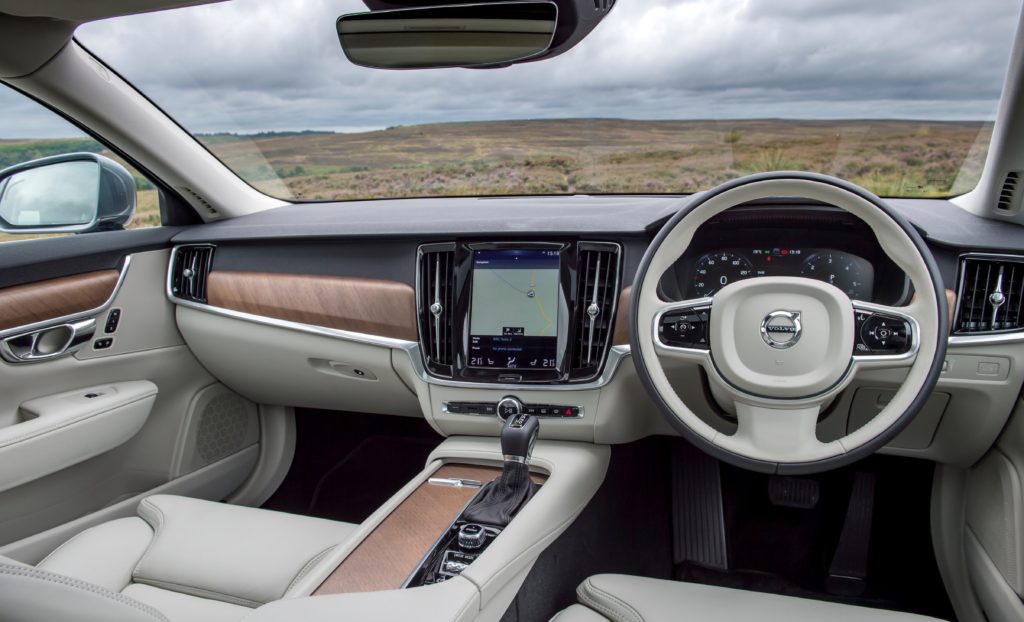 Chunks of Swedish forest adorn the dash, which might not be to everyone’s liking, but there’s no escaping the pervading sense of class and quality that you sense as you slip behind the wheel. It’s clean, it’s tidy – a credit to those who designed and put it together.

Here in the UK it’s available with a couple of diesel engines, badged D4 and D5. D4 is front wheel drive, while the D5 sampled here produces 235hp and a thumping 480Nm of torque. And both engines are just two litres in capacity.

But the best bit? You’d be hard pressed to realise that it’s a diesel under the bonnet providing the impetus, such is the way everything performs so beautifully smoothly. 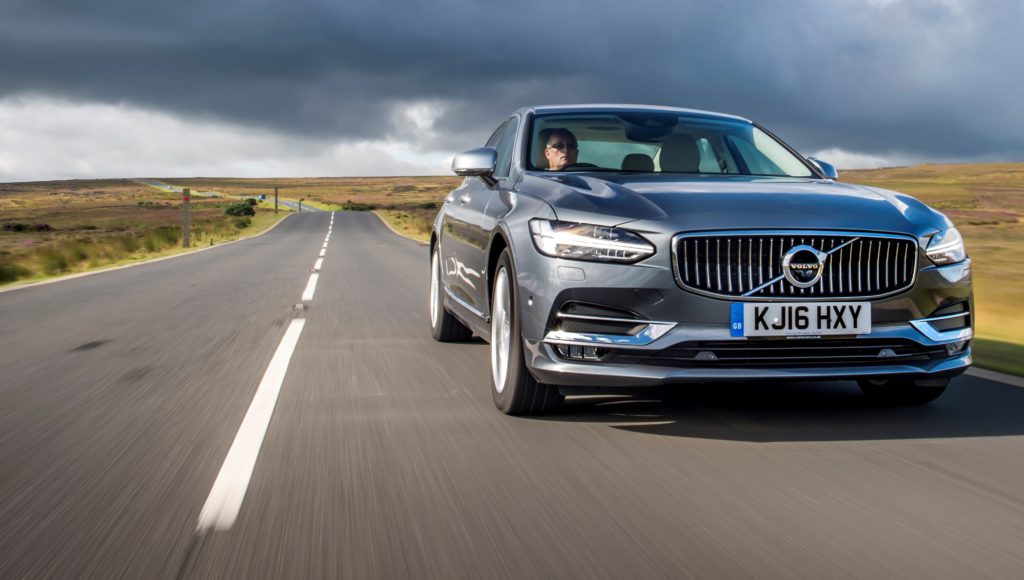 It’s said to be capable of 145mph and its claimed time to 60mph of 6.7 seconds is commendable for a) such a big car, and b) such a relatively small engine in such a big car. The fact its kerb weight is a shade under 1800kgs undoubtedly helps here. Standard gearbox across the range is an eight speed auto.

D5 PowerPulse is an all wheel drive machine, so fuel efficiency is not up to the D4, but Volvo quote a combined 58.9mpg. In all honesty, you’d have to have a foot as light as the white feather than floated down past our conservatory window following the mother-in-laws funeral the other day to get anywhere near that. 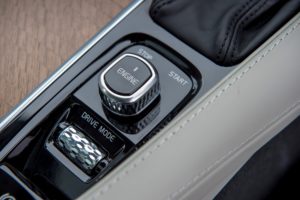 But while you might not rival that figure, you’ll be left feeling the S90 IS efficient as it goes about its work in such an unflustered fashion.

If you’re tall, you’ll have to power the seat to its lowest point to be able to pick out the speed and traffic signs alerts that appear on the windscreen, and the fact you’re sitting lower can accentuate the size of the Volvo. It takes up a big parking space but manoueuvering is helped by the fitment of a rear camera and park sensors.

You’d probably put it down as a refined cruiser, and the Nappa soft leather upholstery helps with that effect, with other top end toys including active bending headlights, a big central display screen, power front seats and Sensus Connect with Premium Sound by Bowers and Wilkins.

Finding their way into various corners of the S90 are the sort of safety features that Volvo owners have become accustomed to in their cars like City Safety, Pilot Assist (the semi autonomous drive technology that takes care of steering, accelerator and brake inputs to keep the car within lane markings), and Run-off road protection.

S90 is built on Volvo’s Scaleable Platform Architecture chassis – the same kit used for the XC90 SUV, so it gets a lot of the safety tech from that vehicle.

Volvo is going from strength to strength just now, and this is a car that is worthy of serious consideration. 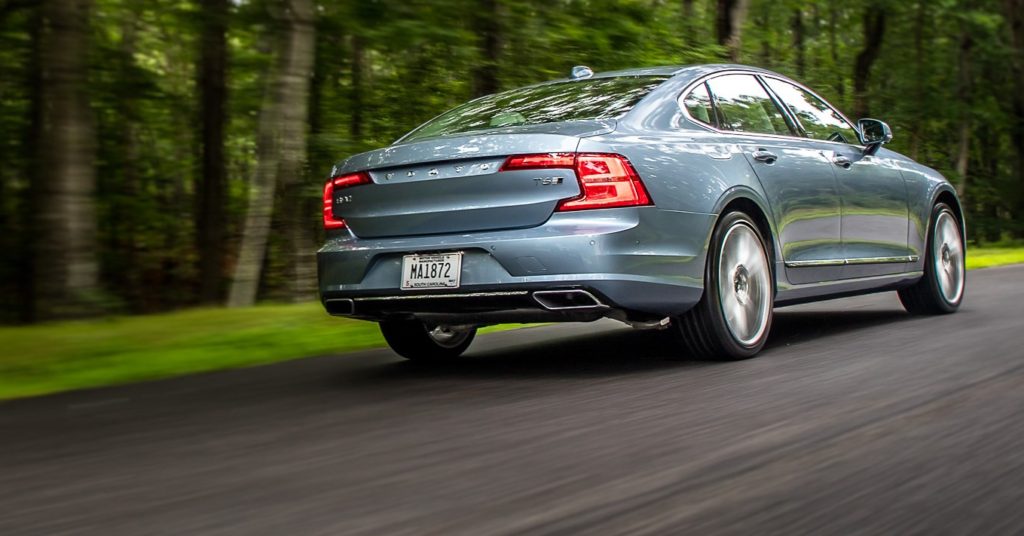