ONE week it’s driving a five litre V8, the next a three pot 12 valve one litre under the bonnet – but in reality, Hyundai’s one cylinder short of a full stack engine isn’t the anti climax you might anticipate.

There’s a distinctly more sporty design to the i20 Coupe when you line it up alongside the more staid five door model.

There’s a more distinctive, sporty look to the Coupe, highlighted by the front grille and its sloping roofline at the rear, which has a slimmed down black C pillar to emphasise the difference between 3 and 5 door i20s.

There’s a sporty rear spoiler and a redesigned front bumper that have been added into the mix to make it appeal to a more younger age group than might be the case with the five door.

And to make the point, it comes with a set of 17 inch alloys to lure you further in. Yet with a price as sampled here of £16,145, it’ll fit the bill for those who want to look the part but are a bit more critical when it comes to the outright cost of ownership.

It comes, as you’d expect, with Hyundai’s five year warranty and a respectable amount of standard equipment (touch screen multimedia and nav system,reversing camera, auto lights and wipers and climate control)in a cabin that is as well finished as its five door stablemate. 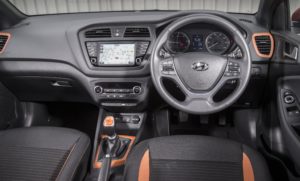 The new three cylinder is also available in 100ps guise and with a five speed gearbox for those determined to eke out as much as they can to the gallon, while the 120ps sampled here – with a six speed box – offers a touch more involvement.

It doesn’t quite break the 10 second 0-62 sprint, and in truth you have to work it hard to get it to that, but the thrummy three cylinder unit gives off the satisfying sound of an engine working away to the best of its ability. It features direct petrol injection and a single scroll turbocharger to boost its efficiency rating.

Those that like exhaust and induction noise will revel in it and the gearbox has a precision that shouldn’t see you muffing gearchanges. 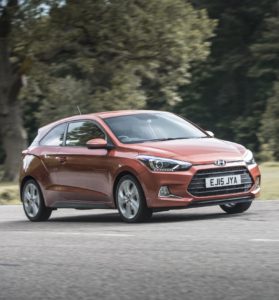 Seats offer equal amounts of support and comfort and even in a car with a compact footprint on the road there’s plenty interior space built in between the axles to accommodate most sizes of occupants.

The gap between the door pillar and the tilted front seats makes access to the rear better suited to those of a trimmer and more flexible build, but once there it’s apparently comfortable enough for the trip. And the front seats have a memory function, so they go back to the position they were originally set to. A small point, but if you’ve ever used a three door car where they don’t you’ll appreciate the touch. 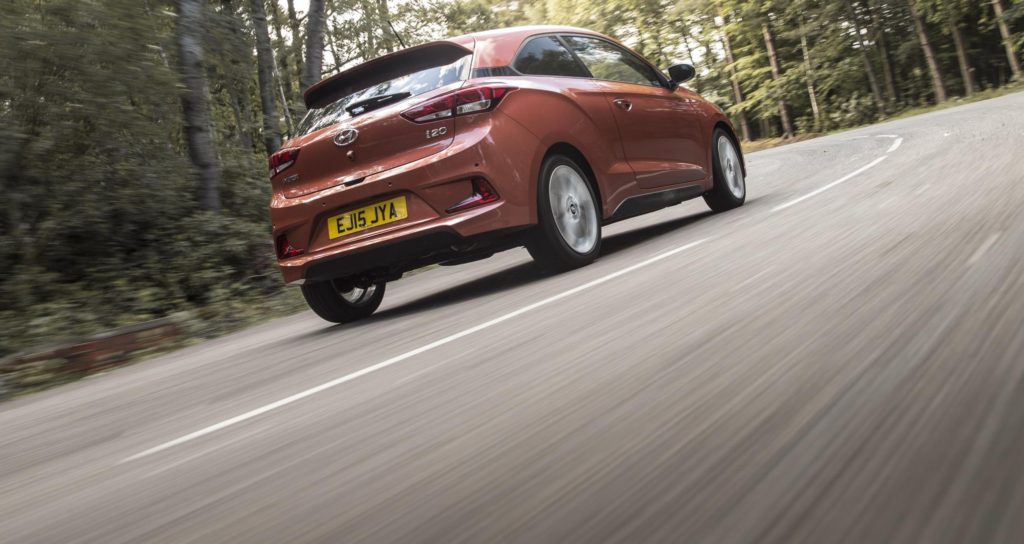 The boot’s a respectable size – bigger than those of most rivals – and you get a standard variable-height boot floor, as well as the default 60/40 split folding rear seats.
Other plus points are its low insurance rating in group 11 and its claimed combined fuel figure of 58.9mpg.

There are plenty other small hatchbacks to pick from in this sector of the market, but this fits the bill for anyone looking for a good, reliable and safe sporty looking car that won’t break the bank.

FOR: smart looks, relatively low cost
AGAINST: not a Fiesta