The all new Toyota C-HR could turn the compact crossover market on its head, simply because it doesn’t really look like one.

While Nissan’s Juke is to my mind just plain ugly, Toyota’s pensmiths have followed similar lines but have created something that actually has a purpose about it, a sense of having a reason to be on the road and not just a piece of bulbous metal, the motoring equivalent of the Elephant Man. 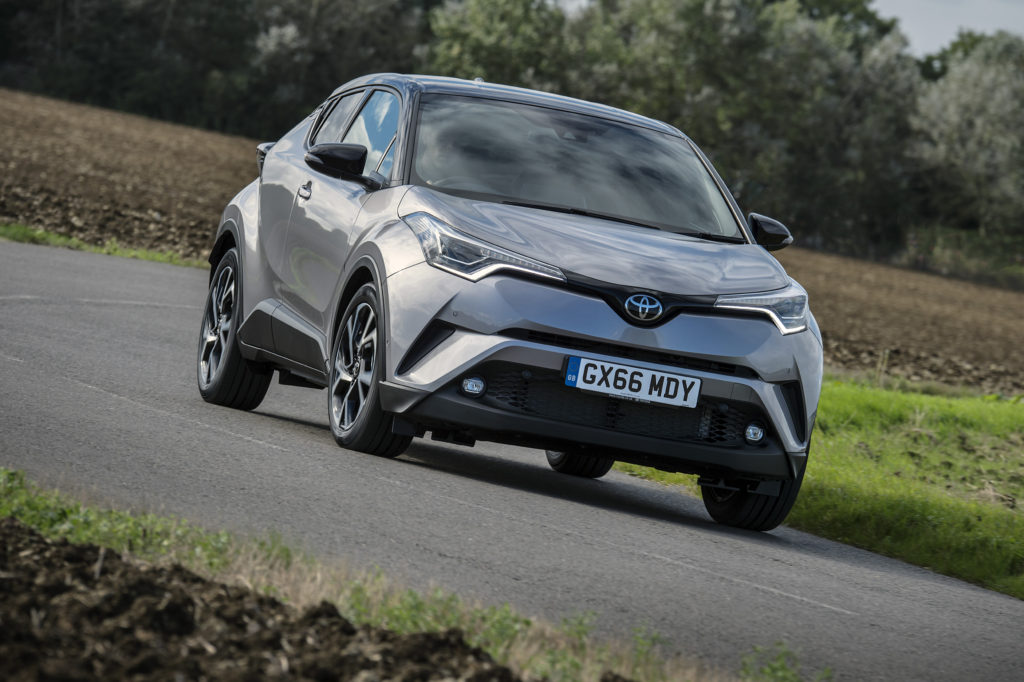 C-HR, by virtue of its swooping lines, sharp edges and big roof spoiler, has a refreshing style not very much in evidence when you look elsewhere, and it also manages to disguise the fact that what we have here is a car that is actually a pretty decent size, yet still looks fairly compact. It’s similar in size to a Qashqai but doesn’t necessarily look it in the flesh.

Well, actually, you do get that impression in the rear because the windows narrow down towards the back, and you therefore don’t get the view you’ll enjoy in other crossovers, but the rear bench is low so headroom is ok.

If you’re up front there’s no problem. The dark rooflining and plastics make it a touch sombre but there’s no discernible shortage of space. In fact there’s loads of it and coupled with a really decent driving position, behind the wheel is a good place to be. The interior is top quality with its wrap round dashboard. 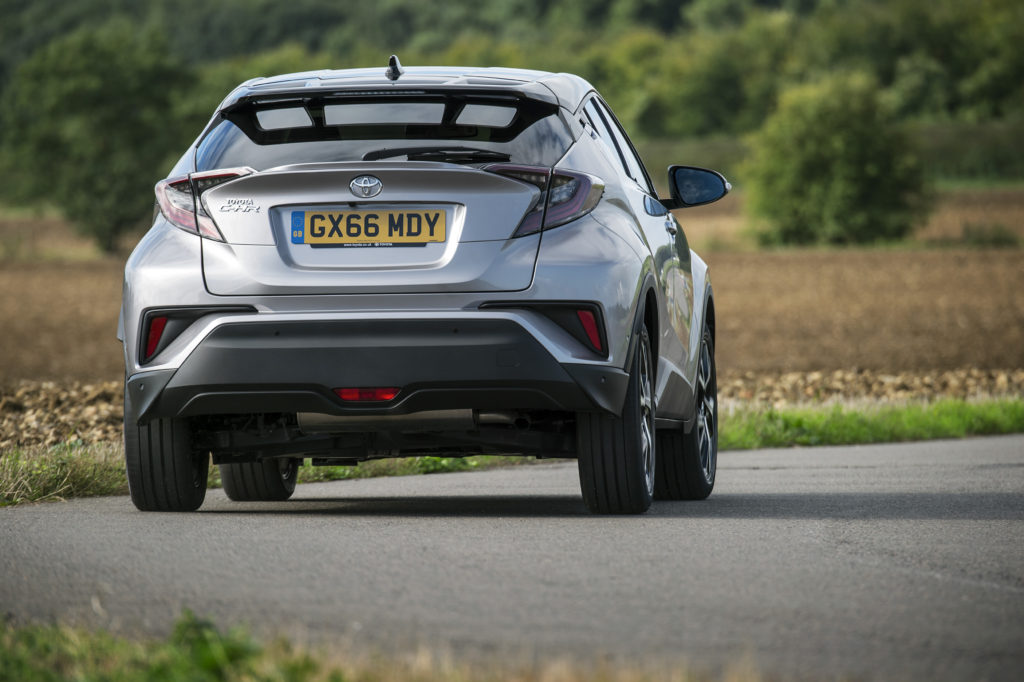 All models get Toyota’s intuitive Touch and Go touchscreen infotainment system as standard, which includes sat-nav on higher-grade models. Buyers can choose from Icon, Excel and Dynamic trim levels.

C-HR stands for Coupe High Rider, and it’s a refreshing change from some other more mundane follow-the-herd offerings.

It’s been designed with European buyers in mind so it blends coupe cues with the raised ride height of an SUV. Quirky looks and quirky touches abound – the rear door handles are actually hidden high in the C pillar, for instance. 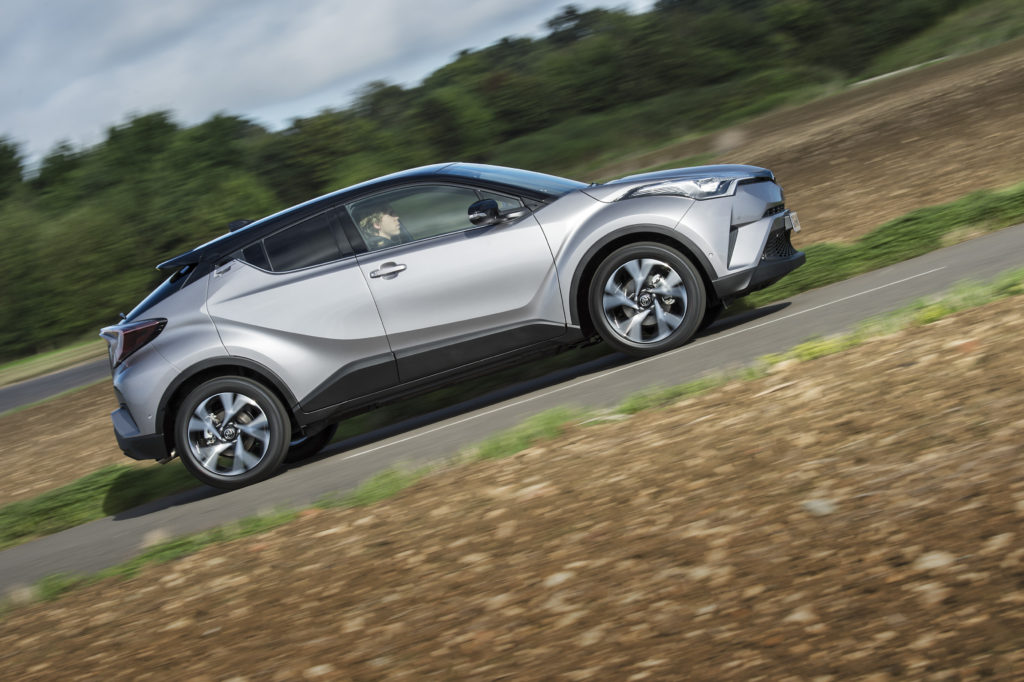 Engine choice is the 1.8 petrol/electric set up from the Prius or the zippy 1.2 turbo petrol you’ll find in the Auris, and it’s the latter sampled here, which feels light on its feet and is fun to drive. The 1.2-litre turbo with 114bhp and 185Nm of torque delivers smooth and brisk acceleration.

Handling is sharp and the suspension has been fettled to deal with the vagaries of our roads and to a lesser extent those on the continent, which tend to be in better condition than ours. It certainly soaks up bumps well enough.

All versions get a choice of Sport, Normal and Eco modes, which alter the weight of the steering, the throttle response and CVT gearbox strategies to suit your mood and the road conditions. Yes, it has a CVT box, of which I’ve never been a fan because of the lack of involvement it serves up, but it’s growing on me, and the set up here is a sure fire improvement. 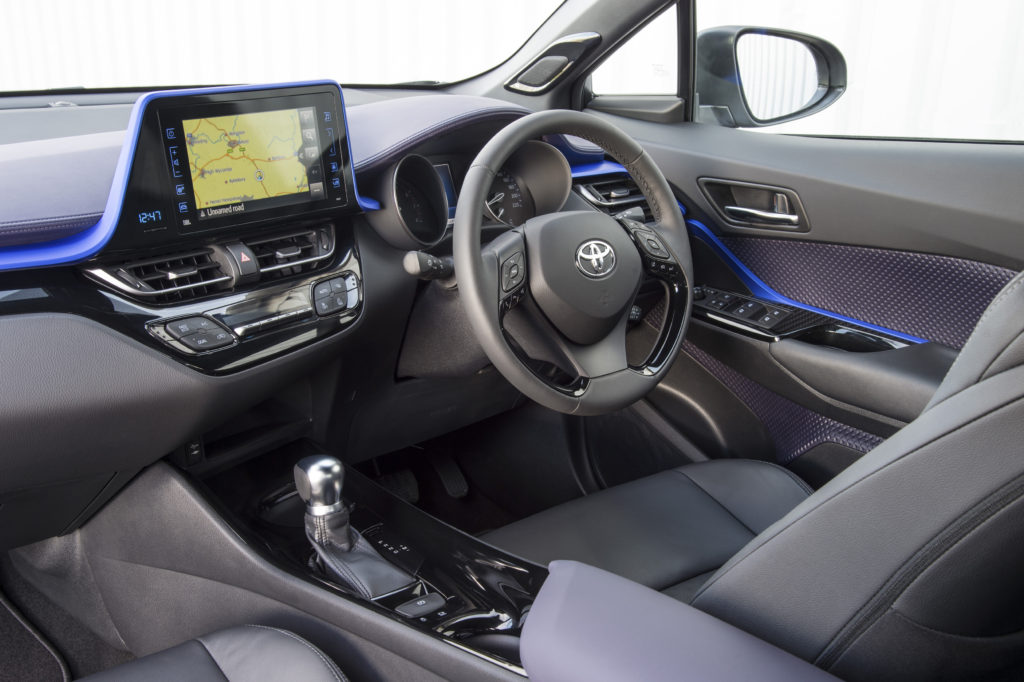 Standard fare on all models includes climate and cruise control, automatic lights and wipers, an auto dimming rear view mirror and seven-inch touchscreen infotainment system. The Excel adds sat-nav, keyless entry, heated seats, self parking and power fold mirrors, while the flagship Dynamic gets all this plus LED headlamps and metallic paint.

Like all Toyota models, the C-HR comes with their five-year and 100,000 mile warranty.

FOR: chunky, funky looks – a tempting alternative for fashion conscious buyers
AGAINST: looks might be too wacky for some.