BEST looking SUV around? No contest really – it has to be the Range Rover Evoque.

It’s been a bit of a head turner since launch a few years back, and the enhancements on the latest versions just add to the package.

The end result is a classy looking machine that has proved to be the entry into Range Rover ownership for many, not that joining the club comes cheaply. The HSE Dynamic model sampled here sits in the pages of the brochure at £43,200 but it’s not put people off.

Sales have been and still are good, the only down side being that you’re not guaranteed any degree of exclusivity in buying one. They’re about as common as a red or blue football shirt on Merseyside, where the workforce was boosted to meet the demand.

In profile it might look as if someone big and heavy has sat on the rear of the roof but it’s rightly become one of the biggest selling products in the Jaguar/Land Rover line-up.

Its falling roofline and rising beltline gives it an aggressive, almost-coupe like appearance but it’s unmistakably a Range Rover.

The wisdom is that 90 per cent of Evoque buyers will be new to the brand, younger and decidedly more female that the traditional customer base. Probably blonde. 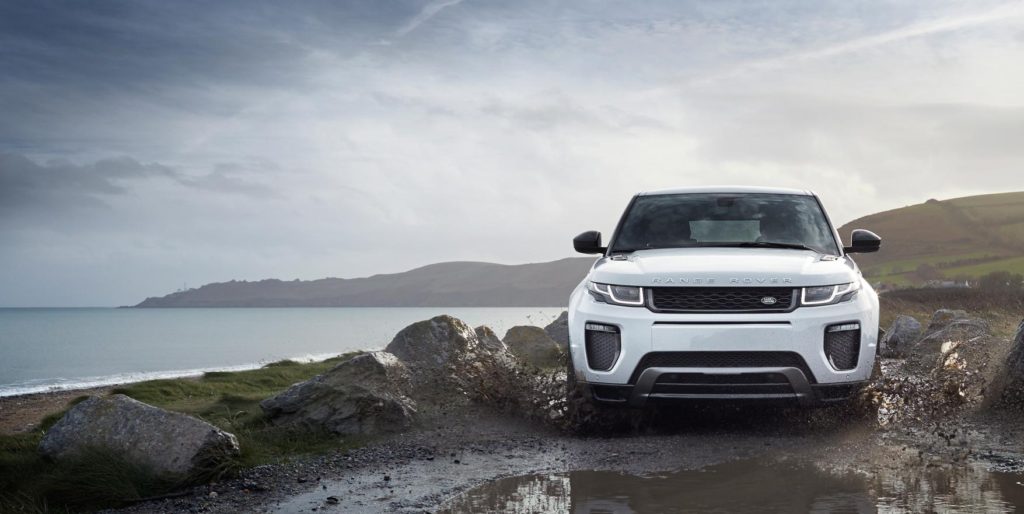 So they’re probably going to be more worried about the height of kerb it’ll negotiate in Kensington or outside the school gates than its ability off the beaten track.

They don’t tend to shout so much about what it can do off road these days, but it can and it will. I know because the original launch was up and down some hilly braes in southern Scotland, where it ably displayed its credentials. When the going got tough, the Evoque kept going – as you’d expect from a car steeped with the Land Rover heritage. 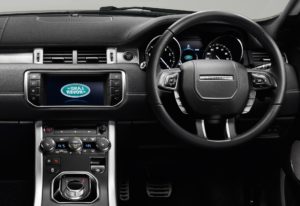 Baby Rangie is sumptuously equipped, and is a car that exudes desirability from its chic exterior to the beautifully finished, neatly stitched and upholstered interior, with supportive seats that serve up a great driving position. There’s a high quantity of quality toys in the cabin.

On the road the response is car like, the driving position erring on the off-roader side. Ride quality is firm but not uncomfortable over bumps and potholes, cornering grip is good, and with powerful brakes, it feels safe at all times.

What can you say? It wins the battle with the rest on looks alone, and It drives just as well as it looks. It’s expensive but that is highly unlikely to put people off owning one.

Evoque is unashamedly aimed at people who have never been customers before. They might never even have been in a Land Rover dealership before. But when they do they’ll appreciate this mini sport utility vehicle for what it is – a high end quality product.

FOR: desirability
AGAINST: there’s a lot of them around