THP 270. Remember that figure because it’s highly relevant here. That’s the horsepower Peugeot Sport have managed to coax out of the modest 1.6 litre engine under the bonnet of their 308 GTi.

A car that – with its two tone paintwork – looks like something for the boy racers out there to be dribbling over.

Well, it is, and it isn’t. They’d all like to get their backsides into the drivers seat, but I seriously doubt they’d have the skill/experience/cojones required to adequately control all those horses if their Nike Air Max is too heavy on the loud pedal. 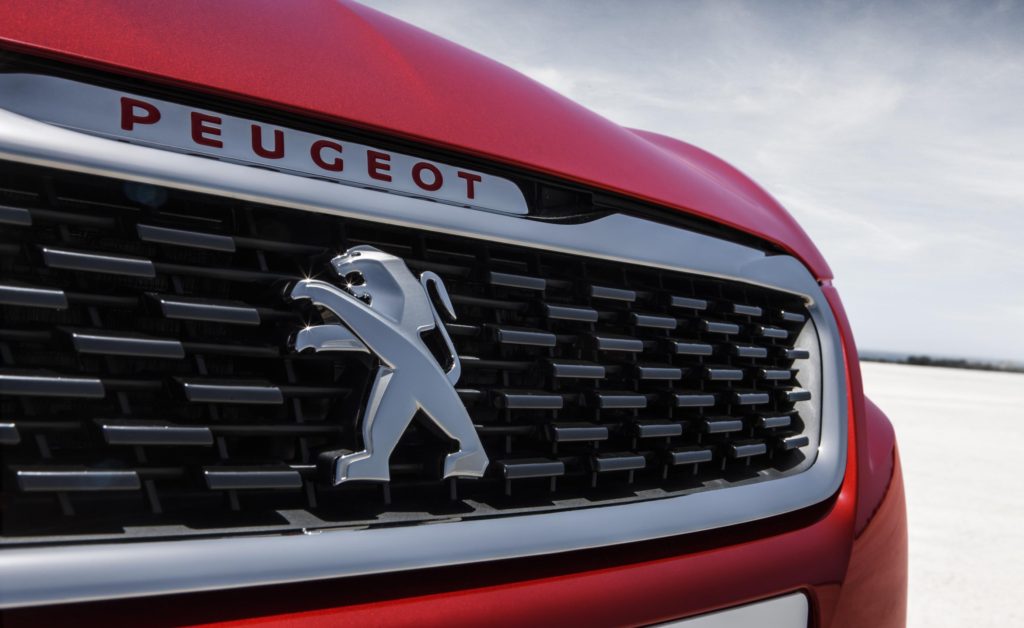 This is a car that has the ability to bite back, and as such might leave them going home to mum with a laundry problem…

Our grandson, worldly wise beyond his 14 years and who has been transported in some pretty decent cars over his lifetime, dubbed it a car with tourettes, which is blindingly accurate.

Most of the time it’s as predictable as the rest of us, but even now and then, guided by your inputs, there’s the odd ballistic outburst.

For example, try the sport button. A microsecond later and the instrument dials have turned a sinister red, and there’s now another display that reads, from the top,
Power
Boost
Torque. 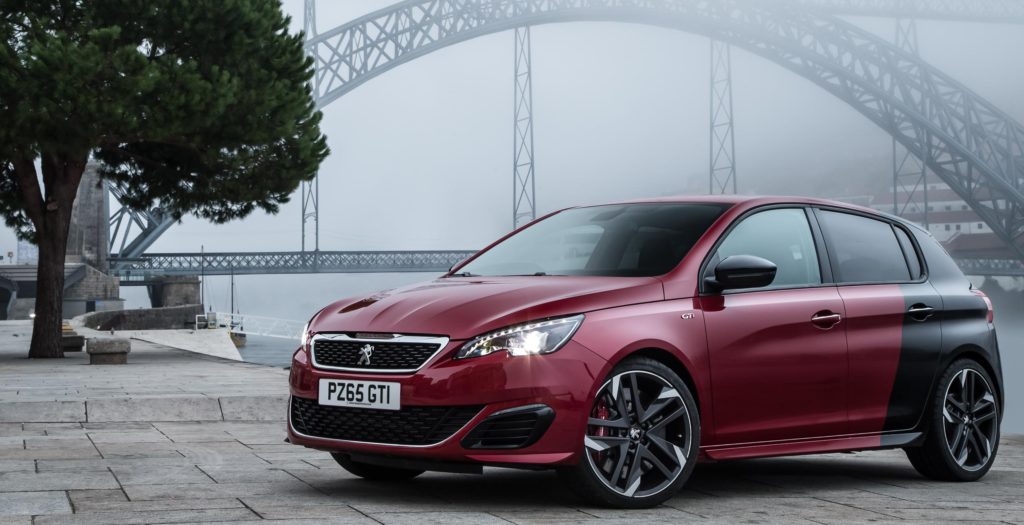 So at any given time you can see – if you dare take your eyes off the rapidly approaching road ahead – just how many of the 272 horses you have unleashed.

You’ll notice a change in the exhaust as well, which now has a deeper, gravelly, more purposeful note to it as the gases pump out the pipes. Manna to the ears of a petrolhead.

So, we’ve got a car with a sport button that really means Sport, and brings on that anticipatory clenching of the buttocks and heightened concentration.

The firm that brought us the never to be forgotten 205 GTi over 30 years ago has now pulled another trump card from up its sleeve in the shape of this new 308 GTi. 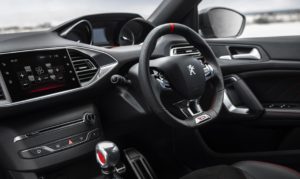 If you’re looking for a full-on performance model in the current Peugeot range then this is it.
This is the remapped 272hp rangetopper with big red Peugeot Sport brake calipers and a Torsen limited slip diff that is hugely effective in eliminating – to a certain extent – what Mr Ferguson would call ‘squeaky bum time’.

Punch the throttle coming out of a sharp bend and the initial understeer is quickly cancelled out by the diff loading up the wheel that needs a bit more mechanical assistance, allowing you to concentrate on steering the thing down the road, which is coming towards you quickly indeed. But thankfully, because of the differential, not the undergrowth.

Impressive is the ability of the big discs to haul off the impressive speed the 1.6 THP engine builds up before you can safely negotiate a corner.

The gearchange has a reassuring clunky movement and the steering is nicely weighted, with plenty of feel and response, so even the slightest wiggle will tell you the wheels have changed their course. Which they will.

The neat cabin, nicely trimmed, has Peugeot’s trademark small steering wheel with the main instrument binnacle above for a clear vioew of the necessary information. The cabin is comfortable, with good head, leg and shoulder room, so plenty space for drivers of all shapes and sizes to enjoy their driving.

As the original GTi ad said, if you want something sensible, buy an anorak…….

FOR: grin-inducing performance
AGAINST: everyone will want to race you