IN a world where downsizing seems to be the norm these days, Vauxhall have, as they’re entitled to do, gone completely in the other direction.

In an attempt to occupy as much tarmac as they can with their latest Insignia Grand Sport, they’ve made it almost the equivalent size of the also rather large Mercedes-Benz E Class. 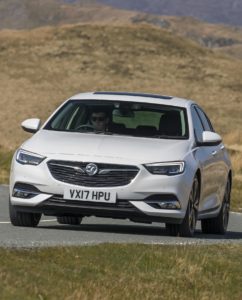 But why pay for a prestige Teutonic barge when for considerably less cash you can have something equally as confortable to soak up the miles.

Because that’s what Insignia is – a mile muncher. A car that’s in there at the rebirth of the repmobile, where it fits the bill nicely adequately as being relatively understated in appearance.

A colleague of mine drove one all the way back from Norway after the international launch which was just what the Insignia revels in – mile after mile after mile of driving.

And at the end of it you can switch off and leave it on the driveway without suffers the aches and pains that some others might leave you with after a prolonged spell behind the wheel.

It really is a comfortable car, quiet and very good to drive.

Vauxhall have past history in this field – Cavalier, Vectra, now Insignia, all of which have the inbuilt DNA of a car than can munch the miles day after day.

Only now they throw a lot more luxury at you. D sector family cars maybe don’t have the popularity they used to enjoy in the past as many of us opt for the SUV route for our motoring needs, so you need to be offering up something to keep them loyal. And that something includes space – lots of it.

The new platform the Insignia Grand Sport sits on allows it to offer loads of legroom to those in the back. And up front you’re not exactly cramped either. You actually sit fairly low but it doesn’t impair visibility, although park sensors are an almost essential addition in a car this length.

The 1.6 diesel in our test car was a responsive piece of metal. Engine noise is very well subdued, the steering has both weight and feel and for a big car it’s refreshingly agile.

That 1.6 diesel engine has what seems a modest 110ps output but it delivers 300Nm of torque, which makes it more responsive than you might expect. 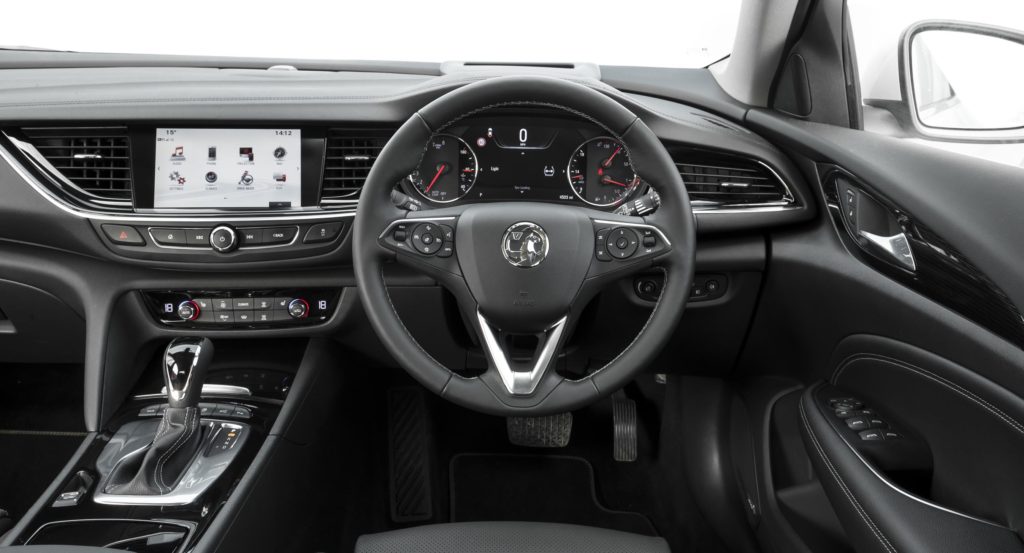 Interior fit and finish is good and the layout will be familiar to anyone who’s piloted a late model Astra. Take a look round the cabin and you’ll find an interior that is far and away better than that offered in the past. The quality’s been improved, of that there’s no doubt.

Prices kick in around £17,900, and even the based spec car gets sat nav, air con, cruise control, eight inch touchscreen, keyless go, full smart phone connectivity and even a wifi internet connection.

The Skoda Superb used to have it pretty well all its own way in the affordable hugeness stakes, but it’s now got a very serious rival.

So, the car that the Vectra should have been but never was has improvements in all the right places. Just make sure you can actually shut the garage door….

FOR: ticks pretty well all the cost effective boxes
AGAINST: stylish – but not that stylish