KIA have pulled off something of a coup with their new small SUV – they’ve designed it in Europe for sale here, but it’s gone down so well back home the Koreans are getting it too.

And while they’re not expecting super-Stonic sales, as this is a rapidly growing and well contested sector of the market, they expect to sell up to 15,000 here in the UK.

Given the way people have been queueing for the bigger Sportage at dealerships, that could turn out to be an under-estimation.

Stonic is based on the underpinnings of the latest Rio supermini and there’s a five model line up based on grade ‘2’ and ‘First Edition’ trim levels.

With B-SUV sales expected to double to around 2.2 million a year in Europe in the next couple of years, you’d be mad not to be in the hunt with a suitable offering for customers. The Koreans are not mad, with one possible exception, and they have just such a car to entice buyers.

One dealer staged a Gin and Stonic evening for customers – never drink and drive, obviously, but a ‘refreshing’ way to introduce the new car.

So, a pumped up Rio, which is a decent enough all round car in its own right.

The 1.0 petrol boasts just three cylinders but very responsive, if not quite reaching the claimed economy figures in real time use but not too far off. 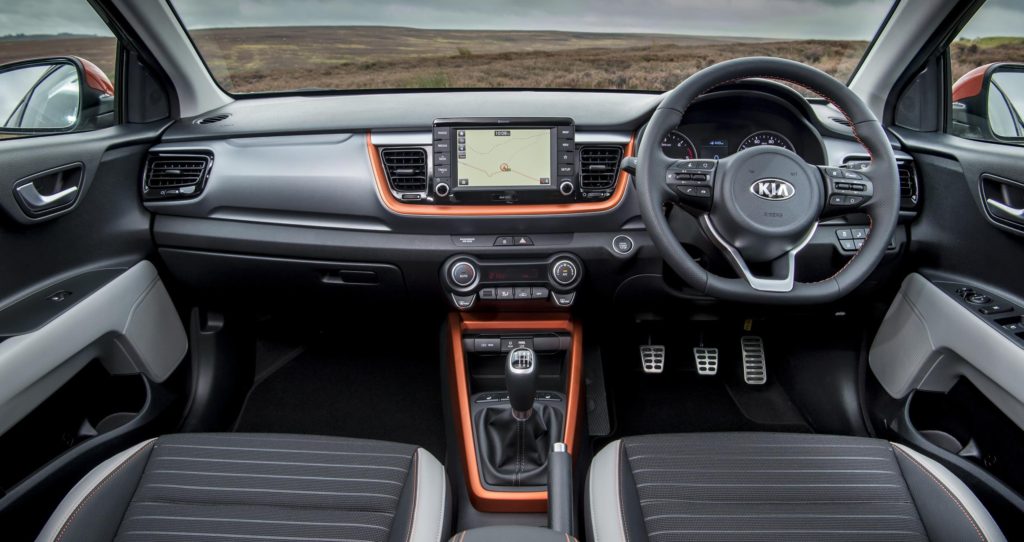 First Edition trim comes with a really good sat nav, very clear with better graphics than you find in a lot of cars these days, as well as plenty of other kit like a reversing camera and heated seats.

There’s plenty of low down torque with the 1.6 diesel, as indeed there is with the little three pot one litre unit.

As with the recently launched new Picanto, there’s no such thing as poverty spec, so don’t feel you’re doing yourself down by opting for the 2 grade variant.

Kia don’t do lengthy options lists so what you see is pretty well what you get, but the choice is there in the various spec levels.

There’s excellent legroom, but pushing the seat all the way back means there’s not a lot behind. 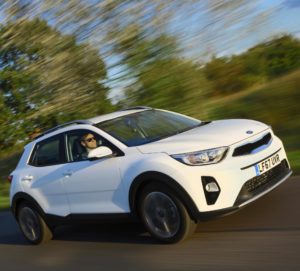 Few cars can adequately cope with the standard of road surfaces in the UK these days, and this has been designed in Europe where roads are much better. But it makes a fair fist of coping with the varying conditions, pitter pattering across the surface. There’s a little bit of a firm feel to it but that’s no bad thing in a car with a slightly raised profile. Body control is therefore quite good.

Both engines sampled on the UK launch (1.0 petrol, 1.6 diesel) had a lot of pull, ideal when you need to put your foot down to get past Mr and Mrs Bimbler in their ageing Honda Civic.

There are plenty connection points for your gadgets (12v, Aux and USB in the centre console).

Good clear instrumentation is dead ahead with two main dials and the rest of the info you need located between the two. It’s a set up you’ll find in all Kias and it works well for you.

The gearbox has a nice click to it and all the controls have a lightness of touch that makes for easy piloting.

FOR: tidy looks, seven year warranty
AGAINST: one of many of its ilk