A NOSTALGIC moment the other week as the all-new Skoda Karoq had me wistfully recalling my late father-in-law’s Mk1 Escort 1100.

Not by any way, shape or form for comparison purposes obviously, both being as far apart as our friend in North Korea is from reality, but merely because Skoda have brought back to mainstream car production a colour I last saw on said Ford in the last century.

What I should have been comparing was the resemblance of the new Czech to the SEAT Ateca sitting alongside it on my drive. Both roll out of the same factory at Kvasiny, both use the VW Group MQB platform and while the lines and look are similar, there are things that differentiate the two.

Err, let’s move on. Pricewise the SEAT entry point is lower, but comparing like for like (1.5 SE L DSG Karoq v 1.4 SE Technology DSG Ateca) the Skoda is a couple of hundred pounds more, so again little difference.

There are four trim levels to pick from – SE, SE Technology, SE L and Edition, whereas SEAT offer five for Ateca. 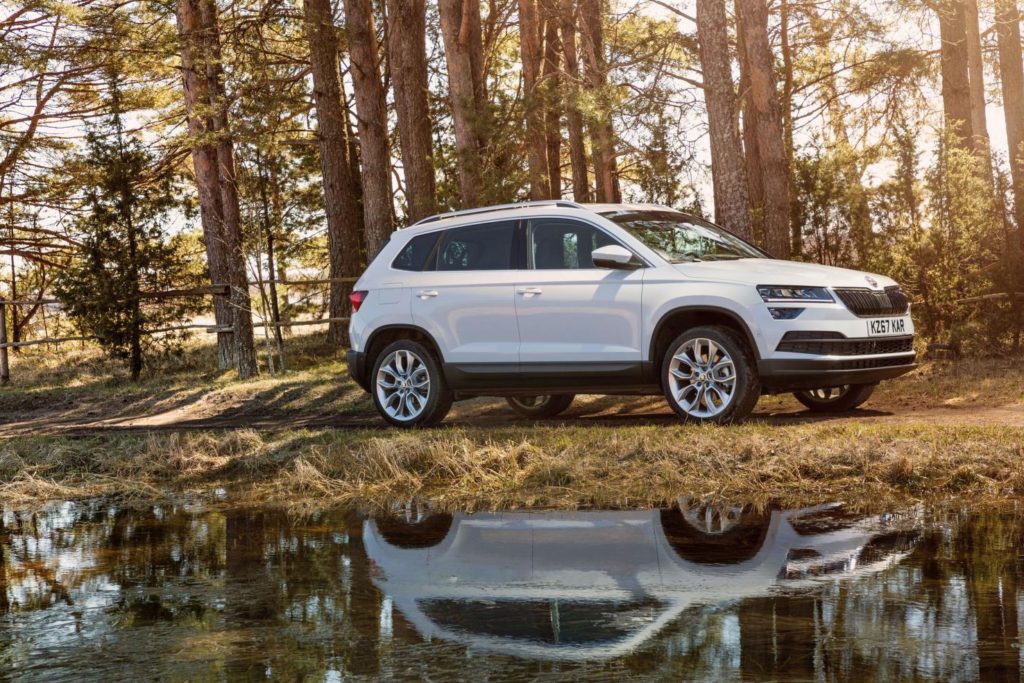 So, very similar, but a few differences show up out on the road, where the Karoq offers up a slightly softer and more family freiendly ride alongside comparable performance, though the engine has a slightly rougher and more audible edge to it when pressing on. Body roll is kept well under control which helps add to the overall refinement experience.

It comes with Drive Mode Select which alters the powertrain and steering response between Eco, Normal and Sport, and in 1.5 litre guise the engine has cylinder deactivation technology which should help with the fuel bill – the combined figure is quoted at 51.4mpg with a CO2 figure of 125g/km.

Most models in the range are two wheel drive, but you can have a four wheel drive system with the 2.0 diesel engine. 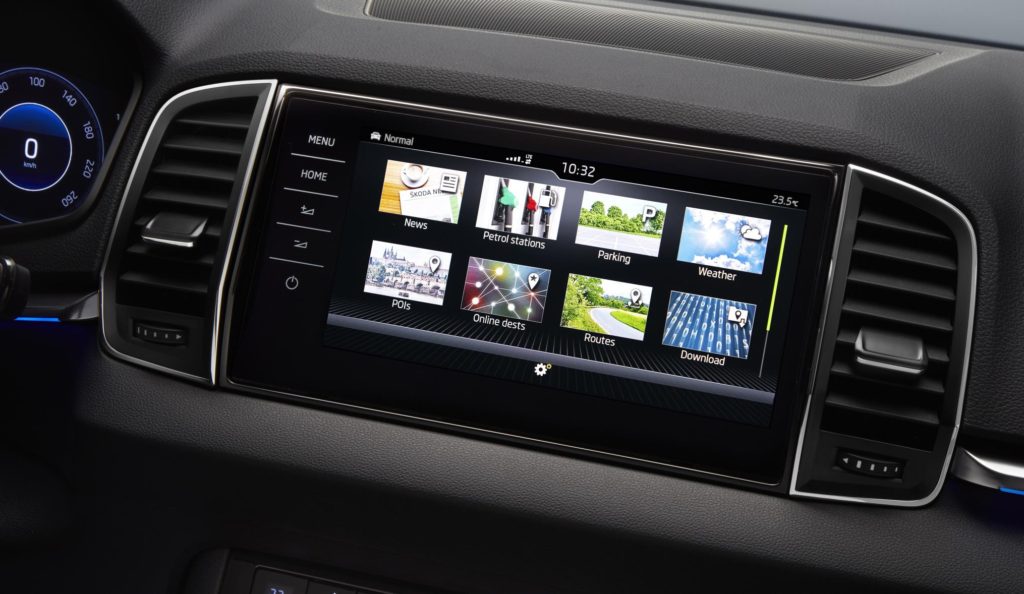 There are similarities too inside but the Skoda racks up envy points with its smart eight inch touchscreen that integrates all the buttons, where the Ateca has actual buttons down either side. Otherwise it’s a win for the Ateca, which has a classier look, though you might think different of course.

You’ll find lots of neat Skoda touches, like the ice scraper in the fuel filler flap, the removable rechargeable torch in the boot, and pop up tables on the backs of the front seats which can be locked at 45 degrees and are thus ideal of youngsters to rest their ipads on.

Karoq is a replacement for the highly popular Yeti in Skoda’s range, and should appeal to a wider range of customers, not least because it brims with up to date technology. 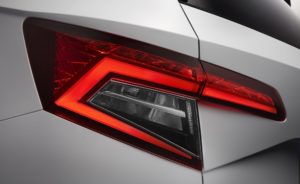 And if the 1.5 is not swift enough for you and you don’t mind waiting, there are rumours of a vRS version in the future.

FOR: manageable running costs, solid residuals
AGAINST: badge snobbery in a crowded marketplace