THERE used to be an unwritten rule that to qualify for Volvo ownership you had to be closer to your pension than your youth – but not any more.

Cars that decades ago has the aerodynamic qualities of a breezeblock are allofasudden ‘de riguer’ in the desirability stakes, because while they still major on their commendable safety attributes, they’re also now building a big chunk of style into them.

Take this XC40. This is not a car for someone in their motoring dotage, who will only venture out onto the roads twice a week – once for the pension on a Thursday and the other to be at the head of a slow moving snake of traffic on a Sunday afternoon.

For a brand that has majored on sizeable vehicles in the past, it’s first ever compact SUV is a bold move. As is swathing the interior with orange carpet and door trimmings……

It’s dubbed the youthful cousin to the bigger XC60 and the Belgian built newcomer comes with all the collision avoiding systems and safety features you’ll find throughout the Volvo range. 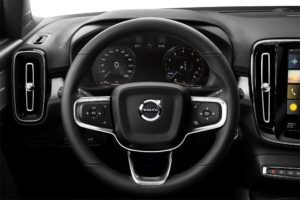 It’s bold and distinctive front features a big grille with a prominent Volvo badge, just in case its origins escape you, and features the brand’s T-shape daytime running lights.

You can have a contrast coloured roof, but with the car in single paint finish it’s not initially evident how small the rear windows are – until someone in the back bemoans the fact they don’t open downwards as much as expected. They’re more square than rectangular though there is a decent sized rear quarter pane to let more light in.

The cabin is as impeccably finished as you’d expect a modern day Volvo to be but it can be a bit sombre in there, even with the panoramic sunroof fitted here. That’s down to the fact that there’s a large expanse of roof from the top of the windscreen to where the driver sits – so those who benefit in the main from that glass roof are those in the back. The list of standard kit fitted to every XC40 is impressive with the driver aids being intuitive and easy to use. 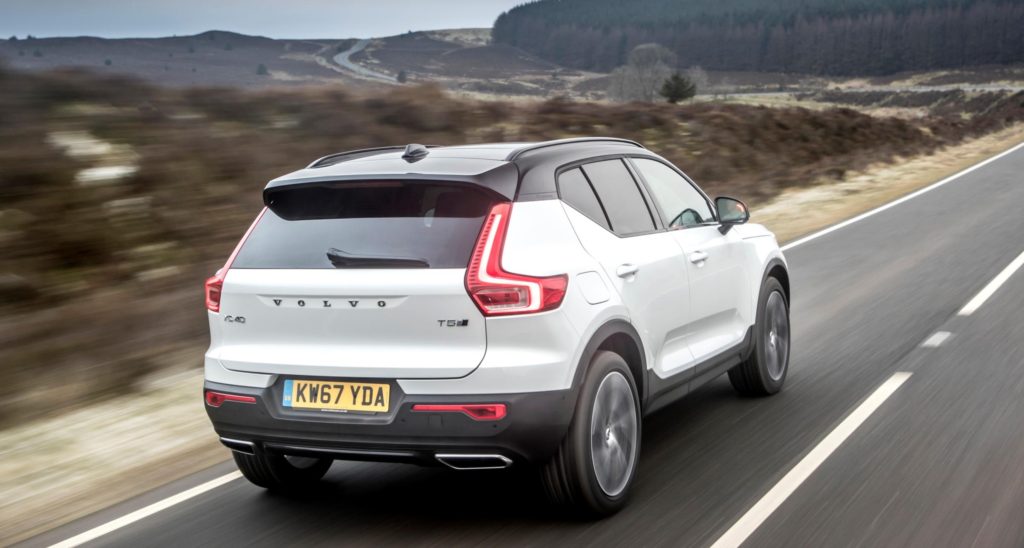 Out on the road and powered here by the 1969cc D4 diesel unit, the XC40’s all wheel drive set up is a confidence builder once you’ve got used to the small amount of body roll evident. 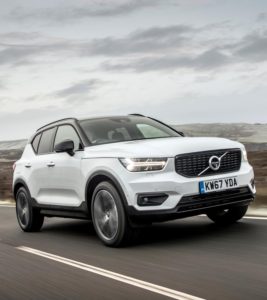 With 400Nm of torque available there’s never a time when you haven’t got the grunt to pass quickly and safely.
There are 46 variants to choose from, so finding the right one for you shouldn’t be an issue.

FOR: It’s a Volvo
AGAINST: Not exactly a budget Volvo in this guise