SOMETHING of the proportions of the Range Rover Velar is a mighty machine to squeeze into a gap – particularly when that gap is in the Range Rover line-up and is a gap that no one knew existed.

The very swish and highly classy Velar slots in between the Evoque and the Range Rover Sport in a brand line-up that spans the £30,000 to £160,000 price bracket.

So, all the bases are covered, and while the name might suggest it was dreamed up after a particularly heavy lunch, its origins are actually much further back in time. Back in fact to the original Range Rover in the 60s when the firm were intent on concealing its identity. The name comes from the Latin word ‘velare’ – to hide – according to JLR folklore.

Velar circa 2018 is a much harder beast to hide. And why should you, when you’ve parted with north of £60,000 for the privilege of owning it.

Maybe the logic is not that difficult to grasp. Demand for SUVs in the UK and worldwide continues to soar and shows no sign of shrinking any time soon, so there are sales to be had by any manufacturers who can tap in to the discerning buyer. Cashing in, we used to call it.

While probably still the car of choice of the perma-tanned footballer’s wife or those with a penchant for dragging a horse in a box around behind them, the appeal of a Rangie has mushroomed. No self-respecting Royal would be seen without one and that makes a lot of others want to be seen in one too. 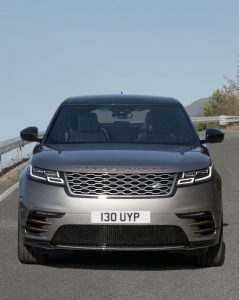 Given that the choice of Range Rover products on the market is not exactly restrictive, Velar’s arrival is all the more remarkable, because it manages to be possibly the most capable on-road Rangie yet. 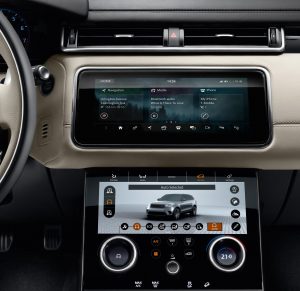 Shifts through the eight speed automatic are as you’d expect – barely noticeable – and for a vehicle with some large 21 inch alloy wheels fitted, the road noise barely warrants much of a mention either. Ride comfort in most situations is more than adequate, quite softly sprung, and pressing on fails to induce any ‘cornering on the door handles’ – for a big vehicle, body roll is well controlled, as you’d expect from a car with this pedigree.

Steering has equal measures of lightness and precision, which makes a large car in no way stressful to drive.

Head for the outback/desert/barely beaten track or snowy wilderness and it’ll prove equally adept, thanks to its standard fit four wheel drive and other onboard technology to keep you out of trouble.

A car with this badge on the bootlid, proudly highlighting its Land Rover DNA, isn’t going to be phased when the going gets tough. It has a wading depth of 650mm before your Guccis start to get damp, and the whole package exuded that ‘go anywhere if you really need to’ competency. 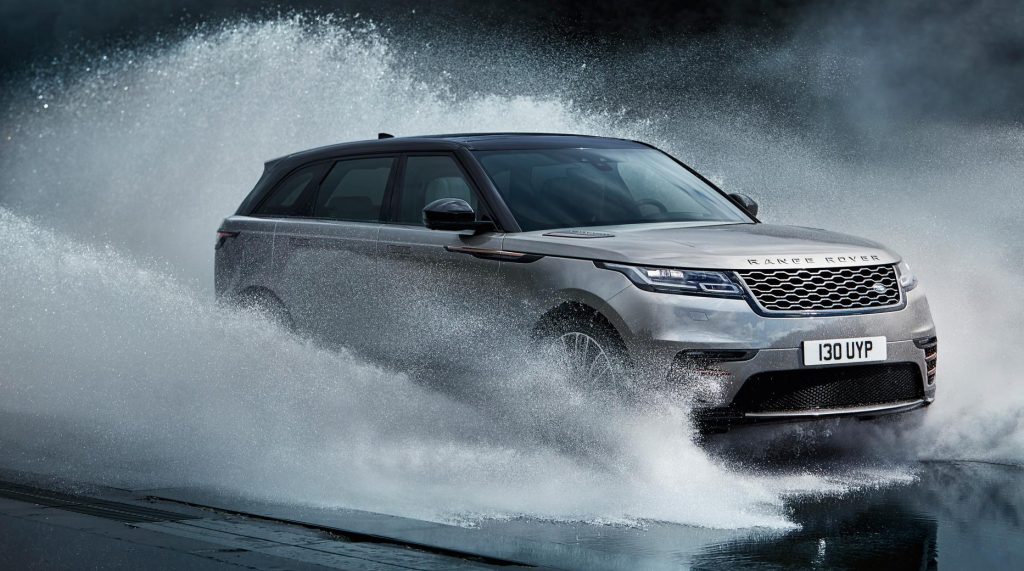 Top spec models like this HSE D240 are equipped with seats that will warm you, cool you and also give you a massage into the bargain. With plenty of steering wheel adjustment, a relaxing driving position is a given.

They say there’s only one thing better than a touch screen infotainment system and that’s two, which is what Velar has. The 10 inch screens sit one above the other in the centre console and there is but one moveable knob for volume control. All the rest is touch sensitive, and very neat, clear and ultimately minimalist in a modern day Volvo kind of way.

Lock it and leave it if you can. But I bet you’ll be tempted to give it one last, lingering, admiring backward glance.