FOR cee’d, read Ceed – the name has changed slightly, and there are changes afoot in the latest incarnation of the car that changed the way we think about Kia.

So much so that the Euro designed, Euro built hatch is a very much oft-seen addition to UK roads.

Sketched at the company’s European design centre in Frankfurt and built in Slovakia, it’s very much a European car, which may or may not tempt you into ownership in the current political climate. 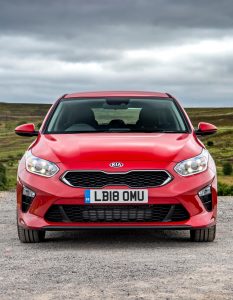 But while everyone else prevaricates and risks an attack of the Duke of Argylls for sitting on the fence for too long, this one’s an easy, clear-cut decision.

Ceed is one of Kia’s best sellers and there’s a compelling reason for that. It’s a pretty decent family hatchback that meets all the criteria you expect from a modern family car.

Its looks may be, to some, hard to distinguish from the seried ranks of family hatches on offer, but the latest model is lower and wider (you’d have to put it side by side with the one it replaces as a comparison). There’s a bolder tiger nose grille and lower air intake 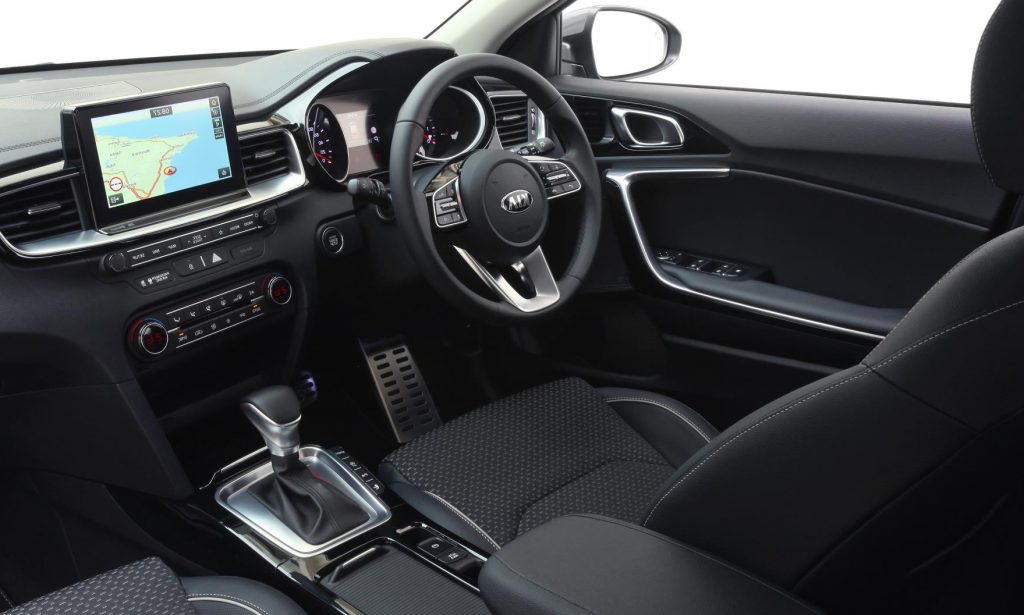 Our test car was the entry level 1.6 diesel 2, which created a very good initial impression. Shorter on frills and toys than other models in the range, it nonetheless comes with a smart interior, loads of room, with the dash curving away from the passenger to create the impression of even more space.

The driving position gives you plenty leg room and you don’t feel cramped at all behind the wheel.

For a 114bhp diesel it’s surprisingly quick off the mark and well able to keep up with fast moving motorway traffic, and make that effortless passing manoeuvre when needed.

It has a comfortable ride quality, soaking up the bumps well without crashing back though the bodywork or sending shudders back through the suspension, It sits very well on the road, displays a rail-like cornering ability and responds well to steering inputs.

But of course you’ll be looking at this with an eye on its green credentials and rightly so. It’ll easily top the magic 50 mpg – in fact its combined figure is 74.3, and its CO2 output is below the 100g/km mark into the bargain. 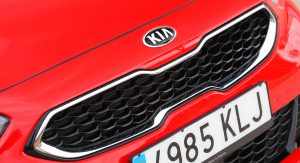 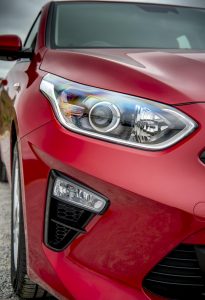 In a world where hybrids and electric cars dominate the conversation at cocktail parties – depending on what sort of cocktail party it is you’re attending – it’s quite refreshing you can get this sort of economy and this sort of performance out of a good old 1.6 diesel engine. It is a seriously good unit.

The thumping 280Nm of torque the engine develops from just 1500rpm is highly impressive too. It equates to swift and safe overtaking when you need it most.

In uncertain times, in which we currently live, motorists understandably want to feel confident in what they’re buying, so sensible prices and that seven year warranty are making more and more vote with their wallets. Which is probably what we should do with this EU debacle…..

There are 11 versions to choose from, based on four trim levels – 2, Blue Edition, 3 and First Editions. All are front wheel drive and five door.

Reliability is a strong pull for potential Ceed owners, as is that seven year warranty on offer.