WHEN it comes to car design, no one has ever accused the French of re-inventing the wheel.

And while some might think they have done just that with the squared-off offering used to point the wheels on the all new Peugeot 508, they’d be wrong.

Because much-maligned British Leyland did it way back in 1973, when it was referred to as a quartic steering wheel fit to the Austin Allegro. You could have steered a bus with it, the opposite to the neat and easy to hold offering in the Peugeot.

The 508 has a long, low and sleek profile, and is the sort of car the French are pretty adept at producing. That being, one that LOOKS the business while harbouring (in this case) a modest 1500cc diesel engine under its elegant sloping bonnet.

On looks alone it promises much, changing it from a run-of-the-mill four door saloon into something much more acceptable, and while its acceleration is adequate. But you can never really shut out what’s going on under the bonnet if you get too enthusiastic with it. 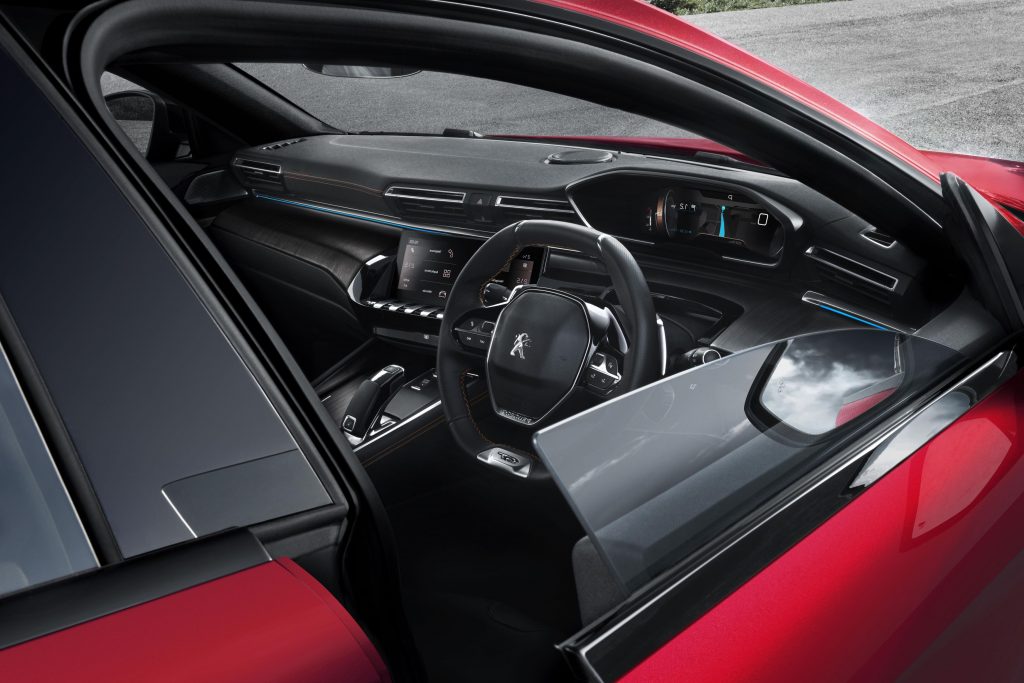 Turn off the radio and if your ears can block out the engine clatter you’ll notice a distinct lack of any other extraneous rattles, thus disproving the long held theory that Jean-Marie and his pals can’t screw a car together properly.

They’ve come a long way on French production lines, to the welcome point that build quality isn’t a major issue any more.

Yes, it might have a bit of a lumpy gearchange that’s connected to an aluminium knob that is very susceptible to extremes of heat – alternatively too hot or too cold to hold for too long – but the rest of the package stands up to scrutiny.

Maybe they’ve over-egged the omelette in the dash panel area with Peugeot’s now signature piano key control switches and an interchangeable TFT screen that has displays that you’re probably not going to bother with after the first two weeks of ownership, but the use of piano black and carbon fibre panelling gives it an upmarket feel, and you can’t fault the amount of head, leg and shoulder room available.

A major feature of the interior is Peugeot’s trademark i-Cockpit layout, with that small wheel sitting below the customisable digital display.

Manoeuvering a car that’s 4.75 metres from nose to tail into a parking space is greatly assisted by the park sensors and rear view camera, which also has a top view so you can pretty well be inch perfect.
Once you get out on the road you’ll discover it’s firmly set up so body roll is kept under control, which is no bad thing.

The £26,339 Allure BlueHDi 130 sampled here is a car with a decent amount of equipment aboard. It sits above Active trim and below GT Line and GT, the range topped out by a First Edition model at a whopping £37,439.

Neat styling touches include its frameless side windows and daytime running lights that drop from the corners of the headlights onto the bumper below.

It’s in a tough sector of the market, up against Ford’s Mondeo, Vauxhall’s Insignia and the VW Arteon, but its smart new look should help it appeal to those looking for something a little different in the executive car class.