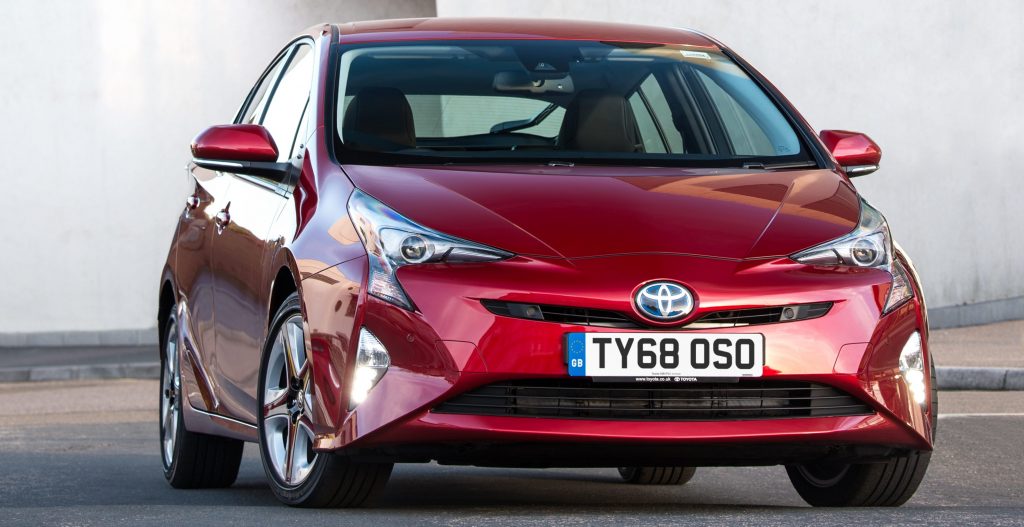 THE last week has been spent in near silent driving mode, in a vehicle that is the transport of choice for a multitude of mini cab drivers here in Milton Keynes. And probably elsewhere.

Starting up Toyota’s latest Prius is a bit like coming across some motorway roadworks – you begin to wonder if anything is actually going on.

You press the power button and the digital display tells you the car is ready for action. But it’s so quiet you could hear that penny drop.

Off with the foot operated parking brake and all is still quiet.

The sound of near silence under electric power is something motorists will have to get used to. And pedestrians too, because when you’re crawling in traffic the petrol engined side of the equation – the bit that alerts others to you being in the vicinity – tends to be surplus to requirements. Though it has to be said you need remarkable restraint to drive so gently the engine doesn’t kick in.

The first generation Prius was launched as the world’s first mass-produced full hybrid vehicle in Japan in 1997, and in Europe in 2000.

The name Prius, “to go before” in Latin, quickly became symbolic of a car that came to market before environmental awareness became a mainstream social issue. And thus people were initially sceptical of this quirky but distinctive looking Japanese car.

But it’s grown in popularity because environmentally it’s a pretty clean machine. Cleaner even than my house, where my better half wears out Dysons with alacrity keeping it that way.

Toyota’s Hybrid technology gives the electric motor more of a role to play than some other hybrids which rely on the petrol engine to produce peak performance with the electric unit of secondary importance.

When it was first launched, it offered motorists nearly 66mpg on the combined cycle, so while the initial purchase price was on the high side you didn’t have to pay for its environmental consciousness at the pumps.

Fast forward 22 years to the latest version to carry the badge and you’ll be interested to note that the combined figure now sits around the 78mpg mark so very economical if driven sensibly – and with a CO2 figure of just 82g/km.

The only drawback is a slightly uninvolved feeling as its CVT transmission does its job quietly and efficiently on the longer stretches of road, but being a comfortable mode of transport means you get out at the other end in a fairly relaxed frame of mind.

Its light steering makes it easy to manoeuvre, and there’s more than enough room inside to cram in five adults without them feeling uncomfortable. You can induce a bit of body roll with some spirited driving but it has a reassuring surefooted feel to it.

All the creature comforts of a 21st century hatchback including automatic air conditioning, smart entry and start up system, automatic wipers, Bluetooth, sat nav, park assist and a rear reversing camera.
Driving the Prius is a bit like having your own personal instructor alongside you, because every time you stop it tells you on its display how well you have been performing.

Smooth driving obviously flags up the best results and as Prius is engineered to run as often as possible of electric power you should be using less fuel and pumping less exhaust emissions into the atmosphere. So everyone’s a potential winner.