A NEW Volvo WITHOUT a diesel engine? How times have changed, and how indeed Volvo has changed.

The Scandinavian purveyor of one of the best and most complete range of cars on offer to those who appreciate a fine bit of motoring architecture claims the latest all-new S60 is the most dynamic handling Volvo ever made.

I’m not about to disagree with that statement. The UK launch of the car took in a near 300 mile route around some of the best parts of Scotland, Skyfall country to you and me, and mixing urban, rural and very rural.

The combination of roads showed that this is indeed a fine handling premium mid sized saloon, one that can gobble up the miles in a relaxed and refined manner.

It is the first modern Volvo to be sold without diesel power under the bonnet, and while their oil burners are hardly the most intrusive on offer out there, the change to petrol seems to add an extra level of refinement to the package. 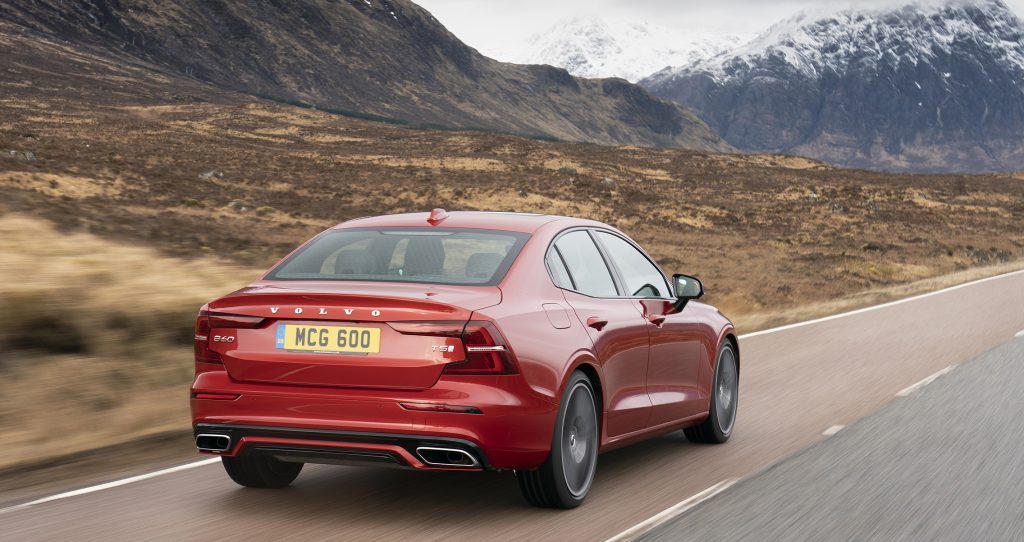 The engine in question here is a 2.0 litre four cylinder Drive-E T5 unit, all aluminium and pumping 250hp and 350Nm of torque, connected to an eight speed automatic gearbox. Others to be available later are a 390hp T8 Twin Engine and 405hp T8 Twin Engine Polestar engineered petrol-electric plug-in hybrid versions. Petrol versions are front wheel drive, the hybrids all wheel drive.

The refined ride is accented by the lack of engine noise and the fact you can hear the wind whistling past the door mirrors as you press on.

Even the sometimes uneven roads of the west coast of Scotland did little to unsettle the S60 and its excellent mix of performance and efficiency.

Steering has a lightness and precision that makes manoeuvring a decent sized car easier than you might expect, with all corners easy to locate thanks to front and rear parking sensors. 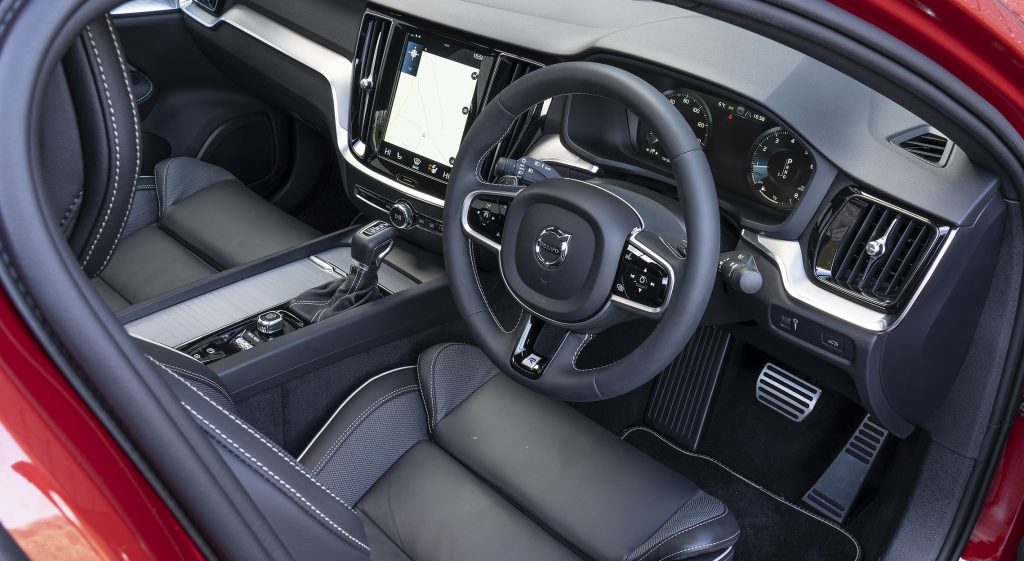 As with all modern Volvos, the spacious and generously equipped cabin is devoid of superfluous buttons and switches, and dominated by the Sensus nine inch touchscreen in the middle of the dash that controls just about everything you might need to alter at any given point.

It’s smart with a capital S, and a very comfortable environment to be in.

The first S60s in the UK are R-Design Edition models which come with 19 inch diamond cut alloys, a rear view camera, Harmon Kardon sound system, a heated steering wheel and a raft of Volvo safety features. That includes Pilot Assist, where a forward facing camera and radar detects your lane and vehicles in front and keeps the car within its lane, working with the adaptive cruise control to keep at a safe distance from the vehicle in front. It’s a stepping stone towards fully autonomous driving, a key innovation area for Volvo.

Last year Volvo sold 600,000 cars globally, with 50,319 of those in the UK, and it is the current fastest growing premium brand in the UK, introducing an all new range in just four years. Among its plans for the future are to cap the top speed of its cars to 112mph, to introduce driver monitor cameras in its cars from next year, and for all its cars to incorporate a mobile wifi hotspot.

The pace of progress is exemplary.