THEY say the most under employed man in the motor industry is the one who puts the indicator stalks on BMWs.

Well, they’re not things that get used a great deal here in Milton Keynes either, where guessing what people are going to do on the many roundabouts and dual carriageways is one of the most popular pastimes.

What they need is a spell with VW’s latest small SUV, the T-Cross, and its ‘lane assist’ function. A system whereby you can feel a distinct tug on the wheel if you don’t indicate when you’re changing lanes.

As with all these modern safety devices, you can manually switch it off when it becomes just plain annoying.

But the Germans, being German, have thought of that. So when you turn the ignition back on again, it reactivates Lane Assist. 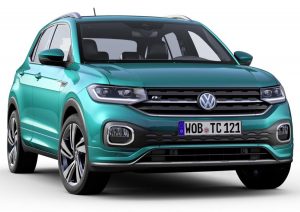 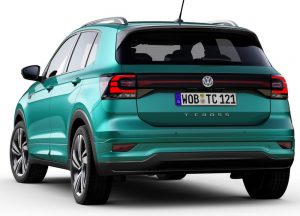 Morning rant over. Volkswagen’s first ever compact SUV is a bit larger than a Polo but a bit smaller than a T-Roc, but can still swallow up five passengers as long as the three in the back are already friends before they get into the car…..

Its practicality is assured by the fact the three rear seats can be folded flat, which give you a reasonable load space with a nice flat floor.

On the outside the T-Cross plays the style card well, a car with compact dimensions and that classic SUV profile that is the car of choice for so many these days. Half of expected T-Cross sales are predicted to be to private buyers as the small SUV sector continues to grow.

There are some fine competitors for the VW to take on, not the least being its group stablemate SEAT Arona. As with the T-Roc, VW arrived a bit later to the party than its competitors but initial impressions hint that they’ve got this one right too.

There’s initially a choice of two engines – the 1.0 TSI 95ps and 1.0 TSI 115ps, with either a five or six speed manual gearbox depending on the engine, or a seven speed DSG on the 115ps version. 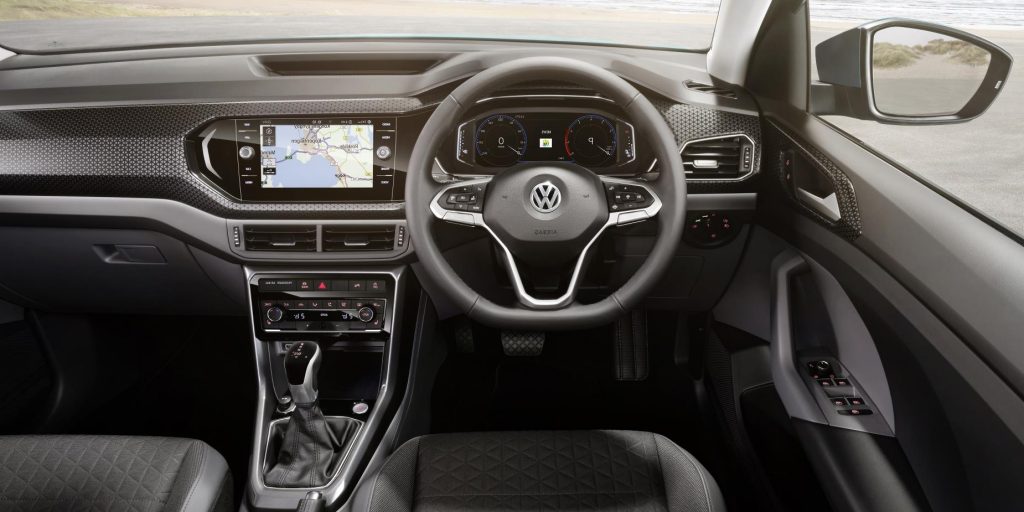 It’s a three cylinder engine that in other slightly larger installations has proved perfectly adequate and it doesn’t falter here, boosted by a lower kerbweight. The buzz from under the bonnet is there if you’re pushing it a bit but it can be a pretty smooth and less audible motorway cruiser when required.

Around town its light steering will cause you no problems and all round visibility from the slightly higher driving position is good.

Specification levels are the usual S, SE, SEL and R-Line trims you’ll find on most Volkswagens, and prices start at £16,995. 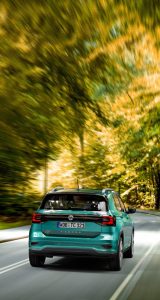 Everyone likes to stay connected to the world outside these days so you’ll find a total of four USB sockets in the T-Cross – two in the front, two in the back, as well as the car being equipped with a serious amount of driver assistance systems like city emergency braking, hill start assist, blind spot detection and front assist with pedestrian monitoring. Doesn’t mean you won’t hit anything but will give you a fair stab at keeping it dent free.

With lots of small SUVs out there, personalisation is a useful tool to be able to fall back on to make your unique, so you can pick from some fairly bold exterior colours, contrasting dashpad décor and various interior trim versions.