LOOKS like our chums across the channel have had another one of those extended lunches swilling Ricard and smoking some exotic substances.

How else would they come up with something as wayward on the inside as the DS3 Crosshatch, something so completely opposite to the more restful and sometimes staid interiors we enjoy on a majority of cars these days.

Over the decades the French have been noted for coming up with some leftfield ideas and designs, and this one is no different.

If diamonds float your boat you’ll absolutely love it as diamond shaped motifs are everywhere on the interior – including the air outlets, window switches, the centrally located ignition switch and parking brake.

There aren’t too many physical switches but those that are there are ‘different’. Most of the functions including entertainment and climate control are operated via the touchscreen.

There’s a clear and visible head up display ahead of the driver, and the sat nav helpfully pings every traffic camera on your planned route.

The industry’s current penchant for diversity has reached Paris and DS Automobiles is now a standalone brand alongside its Citroen stablemates, in the same way SEAT has done successfully with CUPRA.

Billed as a luxury compact SUV, the price of the model sampled here – the Prestige Pure Tech 155 auto – reflects that. It lists at £29,455, and this one had an additional £3750 worth of extras. Premium with a big P for a small car, although others are available for a more modest outlay.

The original DS3 managed to cash in on the chic small car boom and no doubt the powers that be at PSA are hoping the DS3 Crossback does the same as far as fashionable compact SUVs are concerned.

It faces some tough competition, with cars like the MINI Countryman, Volkswagen T-Cross and Audi Q2 to contend with.

Quirky styling can go a long way in this segment and the DS3 Crossback has that by the bucket-load, with its shark fin styling and jewel-like headlights. 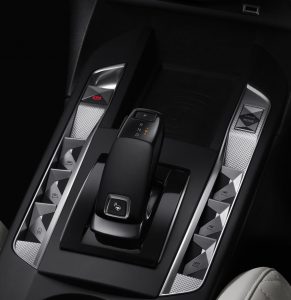 Sometimes it’s the little things that count and the Range Rover Velar-style retractable door handles – which pop out when you approach the vehicle and retract when you move off – add to its appeal. As do the beautifully upholstered leather seats. 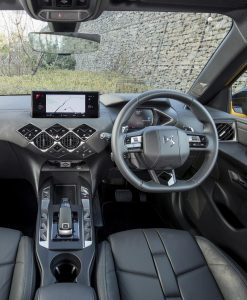 This is the second SUV from PSA’s reinvented premium brand. It’s a big ask to waltz into the compact SUV class at the best of times, but with prices starting from £21,550, the Crossback is aiming straight at posher models like Audi’s Q2 and the MINI Countyryman.

For what is a small-ish car it has a big enough feel, in part through its elevated ride height – and it feels roomy enough when you’re sat up front. Maybe not so in the rear though if there’s a tall driver transporting you around.

Around town, the DS 3 impresses. It masks potholes impressively, with little more than a distant thud noticeable in the cabin. It rides well, is responsive and has enough punch from its three cylinder 1200cc engine when needed and overall is a relaxing place to be.